The latest vehicle to be added to our Bolt Action range of 28mm WWII miniatures is the iconic German Tiger tank. In fact we’ve taken things a step further as this is no ordinary Tiger – it’s Tiger ace SS-Obersturmführer Michael Wittman’s tank. We’ve even included two version of Herr Wittman with this beast of a tank. You can now order this and its incredible crew!

Few names conjure up such images as that of the Tiger I, Germany’s first truly heavy tank. This monstrous 52 ton machine carved out a reputation that even now is still remembered. It featured hugely thick armour and a devastating 88mm gun that could pick off all allied tanks at huge ranges with great accuracy. 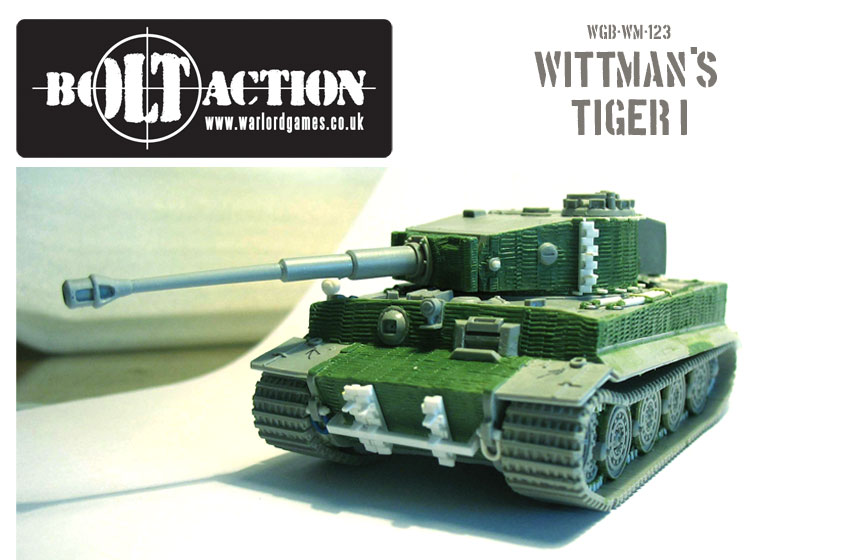 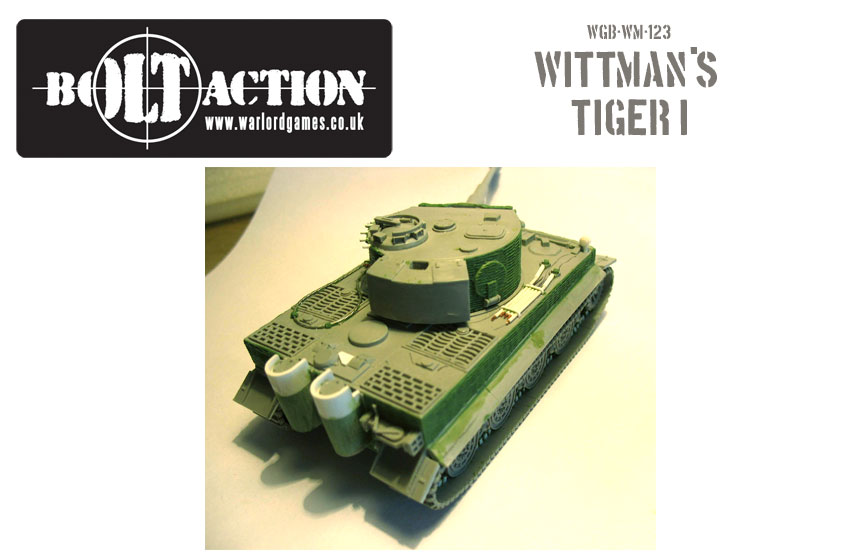 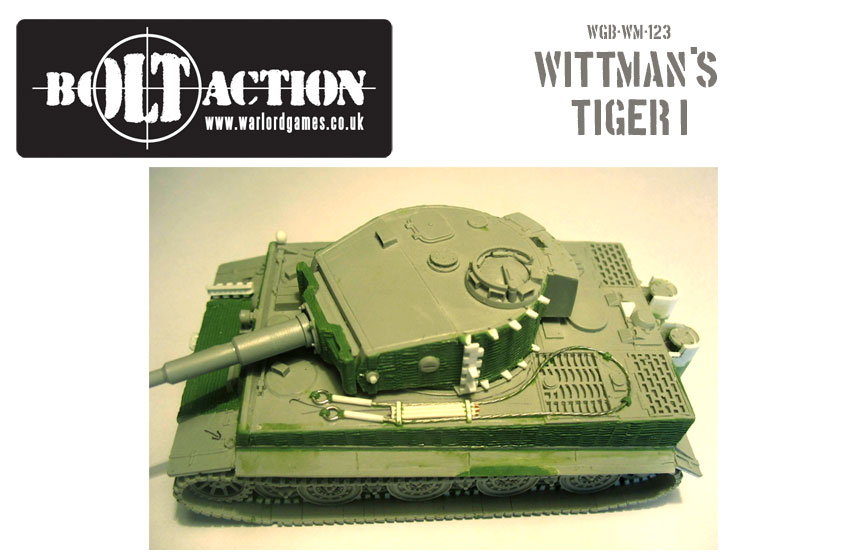 The Tiger inspired such dread in allied troops that any German Panzer could be misidentified as a Tiger, leading to a real phobia that was understandable. Early Tiger battalions were very well trained and had complete faith in its abilities, sometimes beyond its true capabilities. Perhaps its greatest proponent was Wittman, who emerged as one of the greatest tank commanders of the war. He built up an impressive numbers of kills of enemy tanks and anti tank guns, which he always maintained were a more difficult foe. 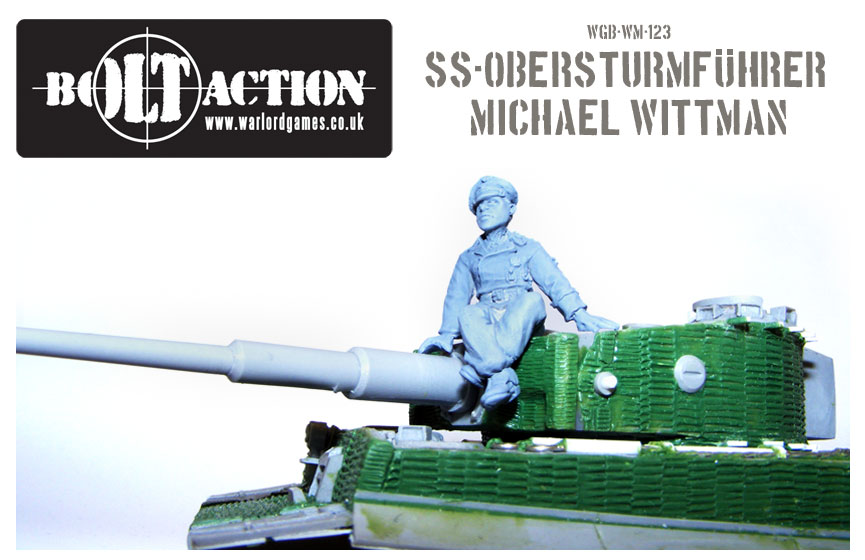 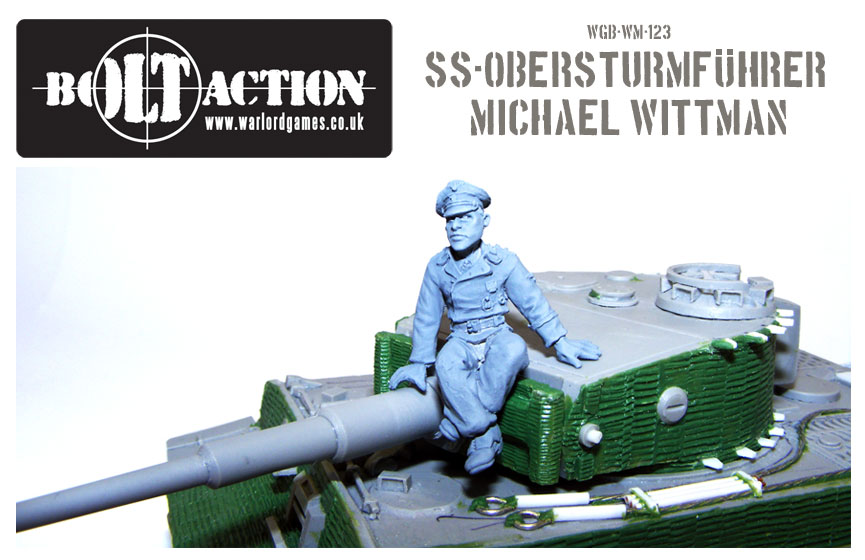 Warlord Games have modelled two versions of Michael Wittman – one is a representation of the classic photo as he sits atop the turret of his Tiger. The other is an in-action pose as he commands his tank from the cupola dressed in leather U-Boat commanders jacket and field cap. Both variants are free with this tank! 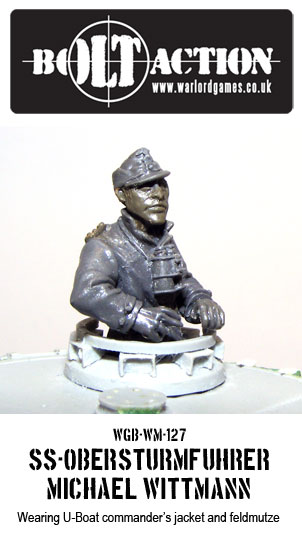 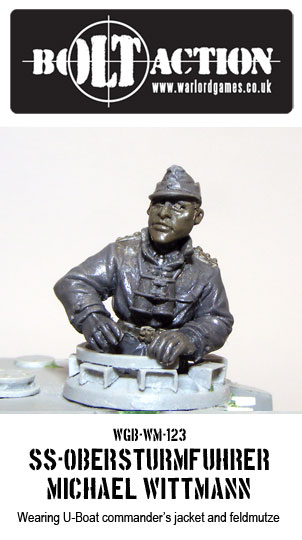 This product is available to order now! This set contains Wittman resting on tank turret, Wittman sat in tank hatch and metal & resin Tiger I tank replete with zimmerit anti-mine paste. You’ll find it squatting menacingly in the German vehicle section of the Warlord webstore.

Wondering what colour paints you’ll need to paint this beauty up? Don”t worry – help is at hand as we’ve pulled together a small paint deal to give you the basics and save you some of your hard-earned ducats into the bargain! Check out our German vehicle paint offer.