In this pilot profile series, we’ll be looking at each of the aces released for Blood Red Skies, their exploits and their abilities in your games. Continuing with German ace Adolf Joseph Ferdinand Galland. 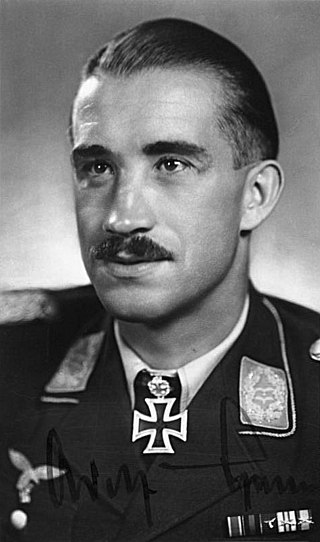 In early 1940, Galland became a fighter pilot flying a Messerschmitt Bf 109e, claiming his first aerial victories in Belgium (two RAF Hurricanes from 87 Squadron, escorting Bristol Blenheim bombers). During the Battle of France and the Battle of Britain, he would down a total of 57 aircraft.

He increased this to 96 by the end of 1941, earning the Knight’s Cross of the Iron Cross with Oak Leaves and Swords.

During the Battle Of Britain Galland was asked by Göring what his fighter pilots needed to win the battle, Galland replied: “I should like an outfit of Spitfires for my squadron.” leaving Göring speechless with rage.

In November 1941, Galland succeeded Werner Mölders (killed in a flying accident) as he commanded the German Fighter Force as the General der Jagdflieger. 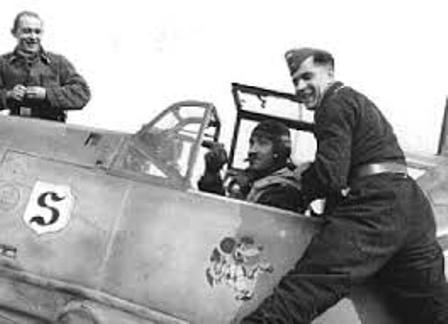 February 1942, Galland planned and commanded the Luftwaffe’s air cover for the Kriegsmarine (German navy) in Operation Cerberus (A squadron of both of the Scharnhorst-class battleships, the heavy cruiser Prinz Eugen and escorts, ran a British blockade from Brest in Brittany). This operation was a major success, earning him the Knight’s Cross of the Iron Cross with Oak Leaves, Swords and Diamonds.

The constant and huge demands placed on the German airforce put huge pressure on the senior pilots and lead to a confrontation between them and Reichsmarschall Hermann Göring leading to Galland’s house arrest in early 1945. 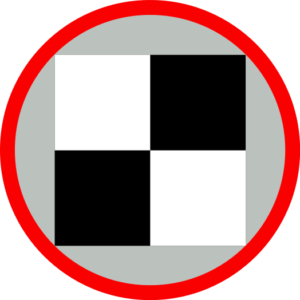 As the end of the war neared, Galland was released to form a jet fighter unit, Jagdverband 44. JV44 had a mixed unit of 50 pilots and 25 aircraft (Me 262, Fw 190D) achieving a 4-to-1 kill ratio in the short time it was operational in the Defense of the Reich.

On 26 April, Galland claimed his 103rd and 104th aerial victories against B-26s, escorted by the 27th Fighter Group and 50th Fighter Group. He was hit by a USAAF P-47 Thunderbolt piloted by James Finnegan. Galland nursed his crippled Me 262 to the airfield, only to find it was under attack by more P-47s. Galland landed under fire and abandoned his jet on the runway. The battle was his last operational mission. 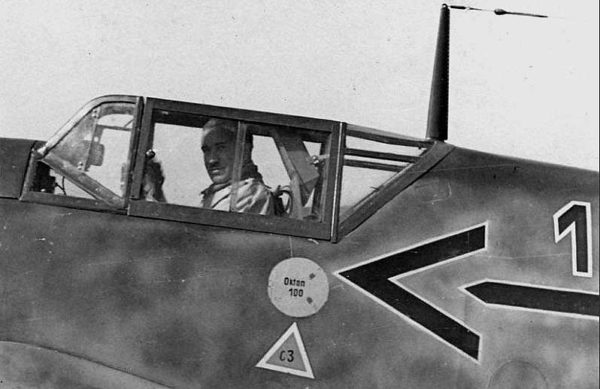 Galland brings experience and natural ability to Blood Red Skies. Mounted in his Bf109e he’ll use tactics such as Snap Shot, Sixth Sense, Great Dive and Great Climb to outperform your opponents! 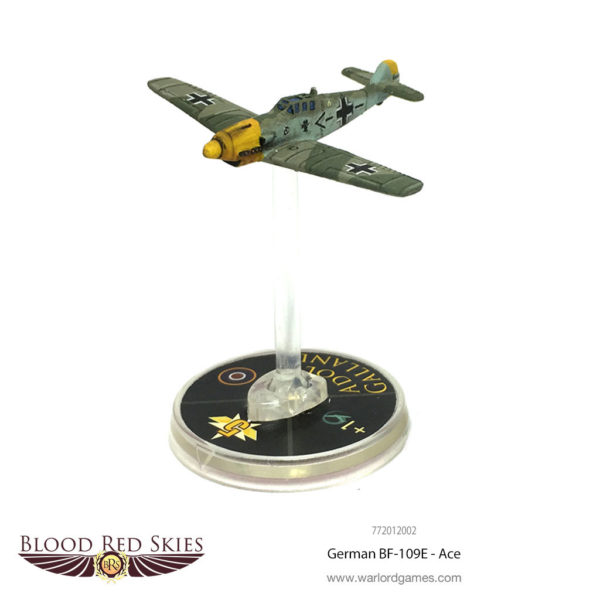 In the attack, Galland brings his special abilities into play targetting opponents from the side. Use Great Dive to get into a killing position early then use Snap Shot whilst deflection shooting so that the enemy must use their agility rather than speed to dodge.
In defence, Galland has a Sixth Sence card allowing him to (after a successful pilot test) avoid becoming disadvantaged when being tailed, plus his Great Climb card can interfere with your opponent’s ability to climb for advantage in the first place. making him the ideal ‘lone’ wolf.

By adding Adolf Galland to your Luftwaffe force you’ll a distinct advantage for your squadron over enemy terrain. 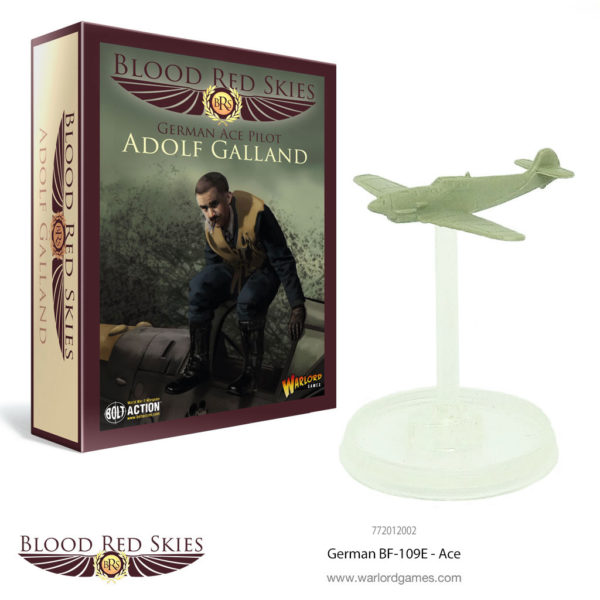 German ACE Adolf Galland comes in an ACE pack with:

Report your exploits over at the Blood Red Skies Facebook page. See you in the air!

Start your aerial campaign with the Blood Red Skies German Adlertag (Eagle Day) force. This offer gives you the German ACE Adolf Galland, 1 squadron of 6 Bf109e fighters (with all the counters, advantage flying bases, models and cards needed to field them) plus 10 dice! 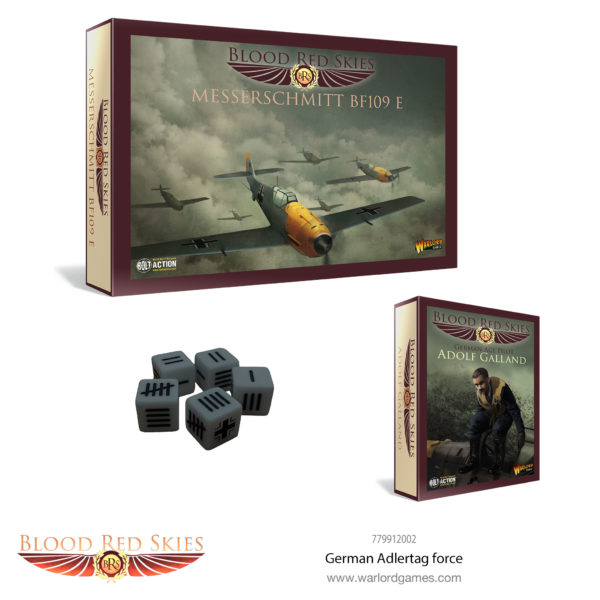