Continuing our series of articles on the crack troops of the Afrika Korps, we’re taking a look at the famous 21st Panzer Division.

The insignia of the 21st Panzer Division.

The 21st Panzer Division’s storied career began in the early half of 1941, where they led the Afrika Korps’ 600-mile charge across Egypt, sweeping aside the British defenders at Gazala and netting 35,000 prisoners after breaching the Tobruk perimeter.

Unable to bear the brunt of the casualties, the British 8th Army was forced to retreat. However, the intense fighting across Egypt and around Tobruk had taken its toll on the 21st Panzer Division They’d lost four-fifths of their transport vehicles, and were only able to field 44 tanks (with the help of the Afrika Korps’ other armoured unit, the 15th Panzer Division.) 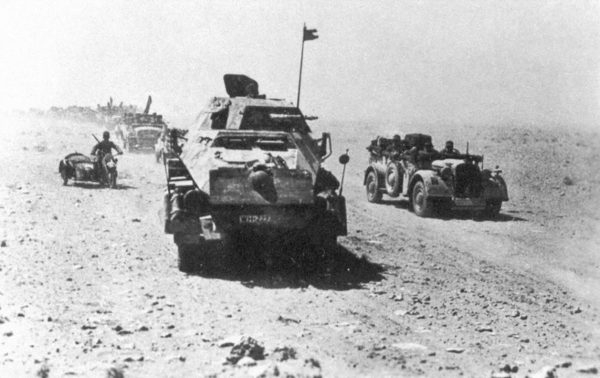 A Kampfgruppe of the 21st Panzer Division.

Once again in the vanguard, the 21st were dispatched to encircle the new Commonwealth defensive positions at Mersa Matruh. After surviving a punishing encounter with the 2nd New Zealand division, the 21st pursued the defeated British to the new defensive line at El Alamein. Due to shortages of fuel, ammunition and equipment they were unable to advance any further.

Rommel’s last-ditch attempt to breach the Commonwealth lines at Alam El Halfa petered out in early September, and the Afrika Korps were back on the defensive. During this period, the division lost its commander to a British mine. 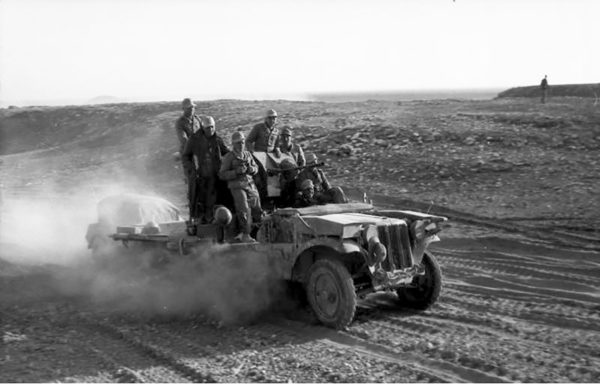 An SdKfz.10 of the 21st Panzer Division fitted with a 20mm cannon.

On 23rd October, the second battle of El Alamein began and the Germans were rapidly overwhelmed, and 21st Panzer was reduced to a grand total of 4 tanks by the end of November. In the retreat to Tunisia, the division fought a series of punishing rearguard actions, along with the veteran light infantry of the 90th Lichte division.

Back in Tunisia, the massively understrength division was divided into two battlegroups, which fought against the Americans in the Kasserine Pass. Initially successful against the unblooded and inexperienced American forces, the remnants of the division acquitted themselves well before being stopped in their tracks by well co-ordinated anti-tank and artillery positions as the German offensive failed. The division eventually surrendered on 13th May 1943.

After being reconstituted in France, it would go on to fight alongside the 12th SS division and the Panzer Lehr in Normandy before being almost entirely crushed in the Falaise Pocket.

Following their defeat at Gazala, the British 8th Army was in full retreat, dashing for the El Alamein gap. Hot on their heels came Rommel’s Panzerarmee Afrika, including the battered 21st Panzer Division. With the Commonwealth army smashed at Gazala, Rommel hoped to encircle and destroy the surviving infantry in detail. 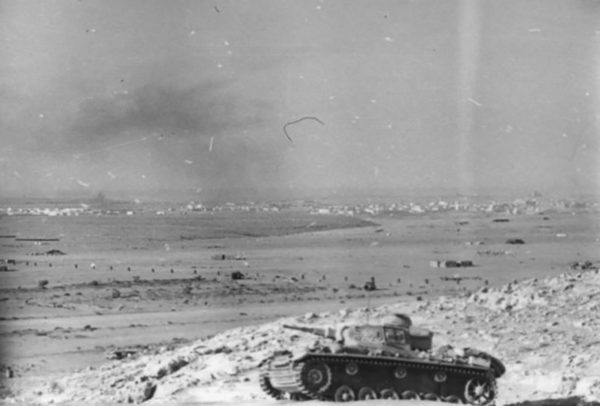 A PzKpfw.III of the 21st Panzer Division overlooking Mersa Matruh.

Mersa Matruh was the last coastal fortification in Allied possession and the last line of defence before the El Alamein gap. Spread out across two escarpments and protected by minefields, the Commonwealth forces were prepared to check the German advance and withdraw back down the coast.

Attacking in concert with the 90th Lichte Infantry division, the 21st Panzer division ploughed into the centre of the Commonwealth line, rapidly outflanking the 2nd New Zealand division. Having cut the New Zealander’s line of retreat, the division found themselves fully engaged, and unable to overrun their ferociously tough opponents.

In the early hours of 28th June, the New Zealanders attempted to break out with a lightning counter-attack launched without any preliminary bombardment to give away their intentions. Caught entirely unawares, the 21st’s panzergrenadiers were swept aside after a vicious close-quarter battle over their defensive positions.

Driving the Germans from their positions at bayonet point, the New Zealanders made good their escape and retreated to Fuka, some 30 miles east of Mersa Matruh. This came at the cost of 800 casualties including their commander, a testament to the tenacity of the 21st Panzer division. 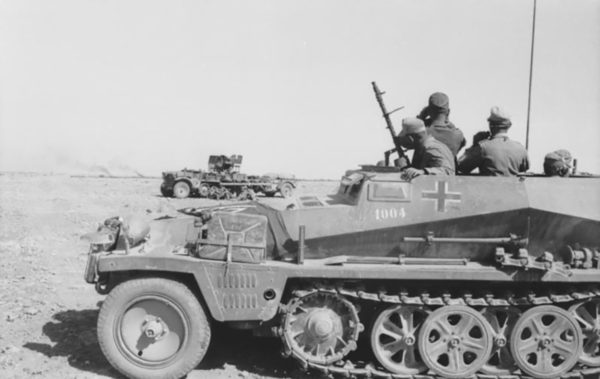 Leaving other German and Italian units to complete the encirclement of Mersa Matruh, the division barrelled after the retreating Commonwealth forces towards Fuka. They caught the 29th Indian Infantry Brigade at their assembly point, rapidly overrunning their makeshift defences. Continuing onward, the division overran another British column and took 1,600 prisoners.

Another 6,000 Commonwealth prisoners were taken when the town fell, along with 40 tanks and a significant amount of supplies.

We’ve put together a list to represent one of the 21st Panzer Division’s devastating assault forces that hammered the 8th Army’s flanks at Mersa Matruh. With a mixture of Pz.IIIs and IV.s supporting a hardened core of veteran panzergrenadiers,  this is an armoured fist versatile in both attack and defence.

Inspired to start your own Afrika Korps? Grab our 1000pt starter set or one of the fantastic plastic box sets and take the fight to Monty! 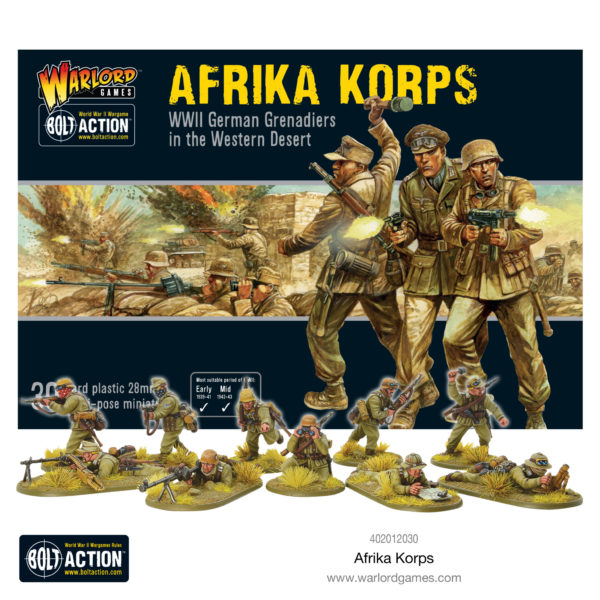 Tom spends most of his time buying books and painting miniatures. He enjoys putting animals on the bases of his miniatures and half-finishing side projects. Some say that he lives in a tower on top of some windswept northern hill with his wife and cow-patterned cat, Spaghetti.
View Profile | View all posts by Tom Mecredy
Pilot Profile: German ACE Adolf Galland
Wargames Illustrated Back Issues Deal