The Battle of Britain has become one of the most storied episodes of the second world war.

The Battle of Britain has become one of the most storied episodes of the second world war. The frenetic battle for air supremacy of the English channel has captured the imaginations of writers, filmmakers and artists down the years, and is the subject of countless wargames.

The Skies Over Britain

With the fall of France in the spring and summer of 1940, Britain found itself alone, hemmed in on all sides by the mighty German war machine. After the disaster at Dunkirk, an invasion of the British Isles seemed inevitable.

As a prerequisite for this invasion, named Operation Sea Lion by German war planners, the still formidable British Royal Air Force (RAF) would need to be neutralized. From the end of June 1940, the Luftwaffe began launching small-scale probing attacks of mixed fighter and bomber formations, designed to bring the RAF to battle and terrorize the British populace. 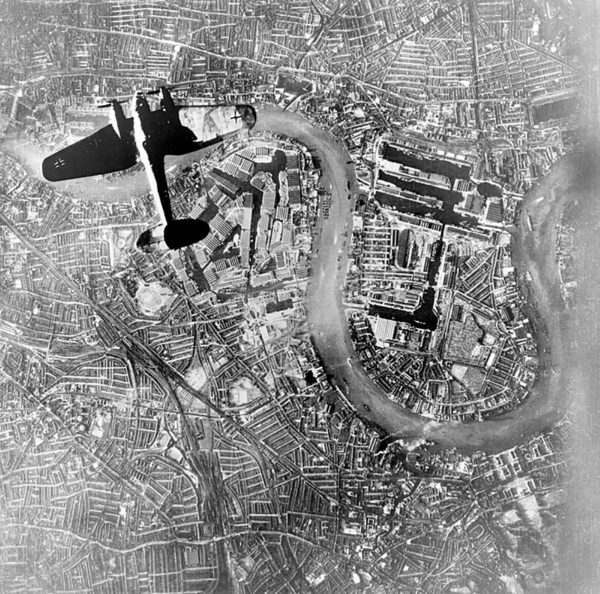 A Heinkel Bomber over London during the Battle of Britain.

While other industrial and port cities suffered greatly, the main focus of the German terror bombing was London, and these attacks increased in intensity during the latter part of 1940.

These night raids would continue over the course of the war, the RAF had achieved daytime supremacy by the end of October, and the Luftwaffe were reduced to making small fighter-bomber raids designed to bring the RAF to battle.

While the Germans began the battle with numerical and arguably tactical superiority, they were unable to replace their losses and failed to grasp the inner workings of the British air defence system, or understand the importance of the Chain Home radar stations.

Unable to sufficiently damage the RAF’s infrastructure or gain air superiority over the English channel, Hitler was forced to halt preparations for Operation Sea Lion, and the battered Luftwaffe fighter and bomber formations were reduced to desultory night raids.

On 15th September 1940, the Luftwaffe launched a massive assault against the city of London. Frustrated by the lack of progress, Hitler was clamouring for a decisive blow to knock the RAF out of the sky and get revenge for the RAF bombing of Berlin in early August.

Faulty German intelligence believed the RAF to be a spent force, ground down by the war of attrition taking place in the skies over southern England. In reality, the RAF were spoiling for a fight, having suffered fewer losses compared to their German counterparts.

The aerial skirmishing began shortly after midnight, as German bombers circled the capital. The fighting escalated throughout the morning as the main German formations assembled over northern France and the Low Countries.

By midday, a force of 120 Bf.109s and 25 Do.17 bombers were making a beeline for central London. Their target – the large rail terminus at Battersea. The German fighters were low on fuel. Most of it had been used up in constant dogfighting during the channel crossing, keeping the RAF away from the precious bombers.

Ranged against the German bomber force were 245 Spitfires and Hurricanes drawn from airfields across the South-East. 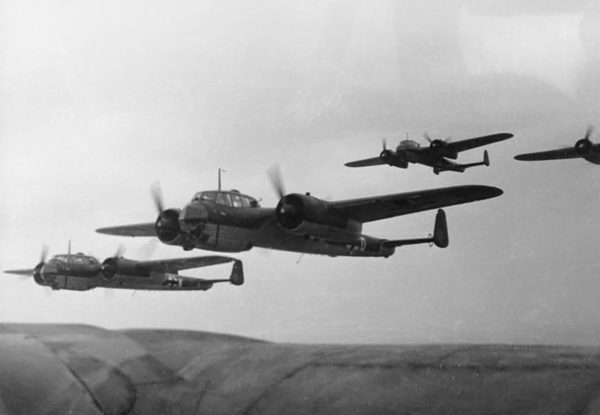 With their fighter escort breaking off due to fuel shortages, the Luftwaffe Do.17s swept in but were quickly engaged by the Hurricanes of 504 and 257 squadron.

Behind the stick of his Hurricane, Sergeant Ray Holmes found himself on the tail of a Dornier heading for the heart of the capital. Working with four other members of the attacking squadron, he riddled the bomber with bullets but was unable to bring it down.

Edging closer, burning through the last of his .303 ammunition, Holmes’ windscreen was completely covered in viscous oil. Effectively blind and out of ammunition, Ray’s only option was to ram the ailing bomber. His desperate last-ditch attempt worked, bringing the German down onto the forecourt of Victoria Station.

In its cartwheeling plunge from the sky, the plane released its bombs which fell in the grounds of Buckingham Palace.

Forced to bale out over Chelsea, Holmes landed safely and was whisked into a pub by the locals for a stiff drink before returning to the action!

The battle over London would continue into the afternoon and evening with attacks on the dockyards and shipping in the Thames estuary.

On further inspection of the wrecked Dornier (and another one of the same squadron brought down in Sussex), it was discovered that they had been fitted with defensive flamethrowers to deter attacking fighters.

Fortunately for Sergeant Holmes, the weapon hadn’t been tested at altitude and failed to ignite, otherwise he might have gone down in flames!

A crashed Do.17 of the same type shot down by Ray Holmes. You can just see the flamethrower running down the plane’s tail.

Written by Andy Chambers, Blood Red Skies is a tabletop miniatures game where you take command of a force of fighter aircraft in battle. The emphasis in Blood Red Skies is on action and the game is fast-paced, with no pre-plotting or book-keeping required. A game of Blood Red Skies with two planes per side can be fought in twenty minutes or less. 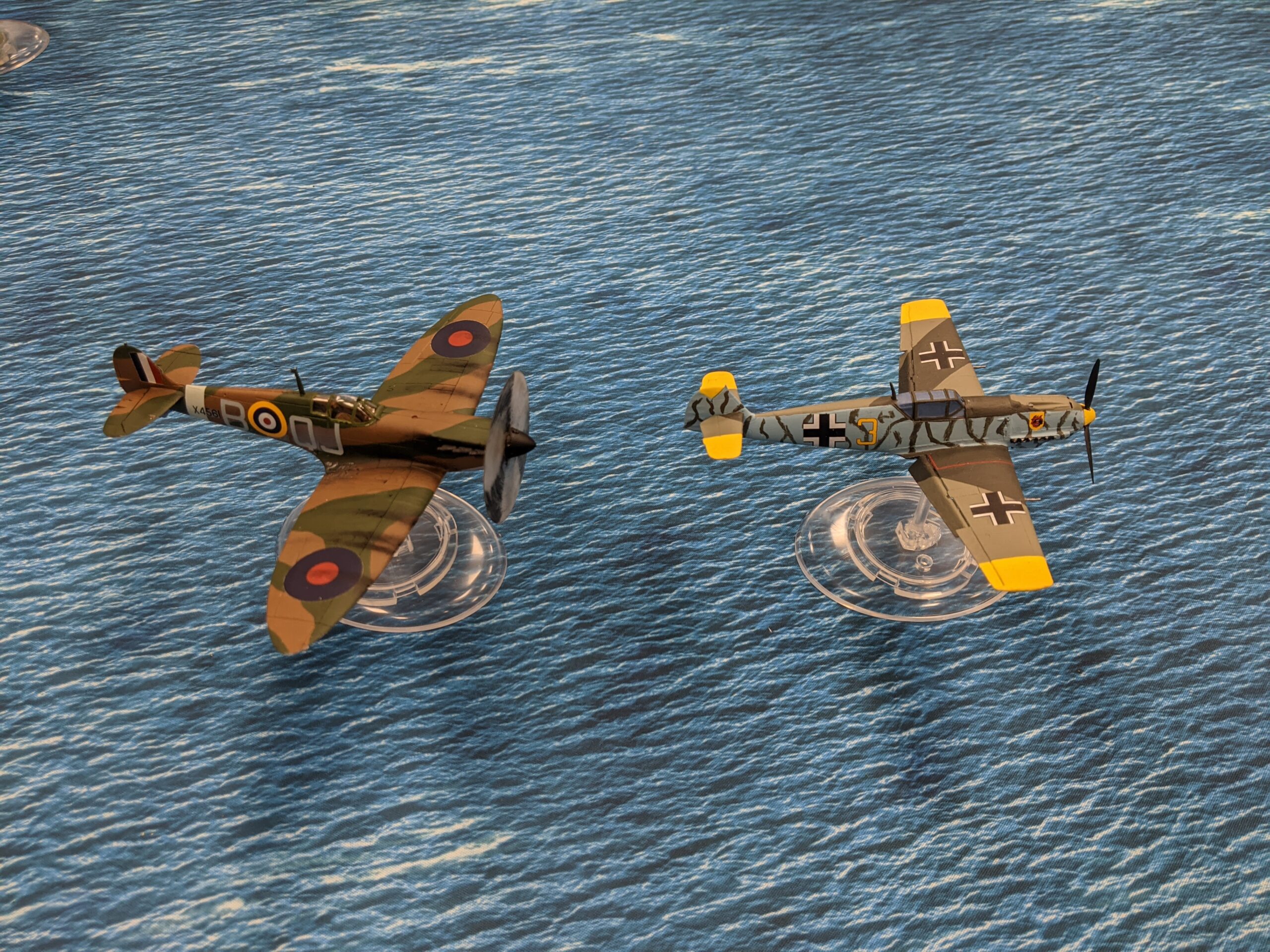 The forthcoming Airfix presents Blood Red Skies takes the tried and true Blood Red Skies gameplay and marries it with the superb 1:72 Airfix model kits. Containing everything you need to get playing and four models to get your dogfighting started: two Supermarine Spitfire
Mk IIs and two Messerschmitt Bf109-Es. Available to order from the Warlord Webstore from Saturday 10th October. 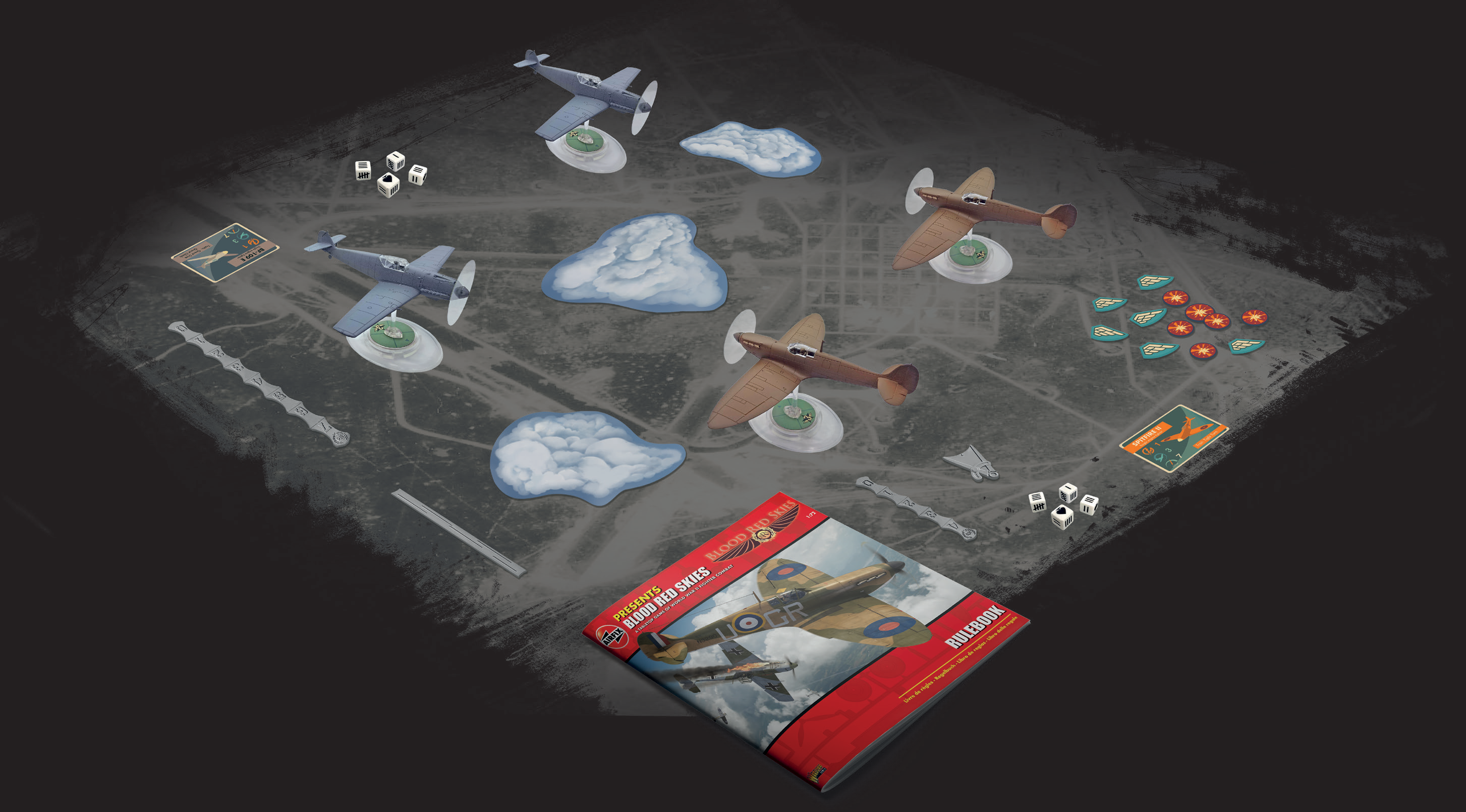 Tom spends most of his time buying books and painting miniatures. He enjoys putting animals on the bases of his miniatures and half-finishing side projects. Some say that he lives in a tower on top of some windswept northern hill with his wife and cow-patterned cat, Spaghetti.
View Profile | View all posts by Tom Mecredy
Policing Action: The Battle of Krasny Bor
Blood Red Skies: The Messerschmitt Bf109E