Over 3,200 reconnaissance sorties were flown in the run-up to D-Day, by specialist units of the British 2nd Tactical Air Force and the American 8th Air Force.

Pilots were able to range back and forth across occupied Europe at high altitude, photographing enemy installations with almost complete impunity.

The RAF’s photo-reconnaissance capabilities reached their apex in 1944. Equipped with specially-modified Spitfires and Mosquitos, pilots were able to range back and forth across occupied Europe at high altitude, photographing enemy installations with almost complete impunity.

An RAF Mosquito PR Mk.XVI of No.544 Squadron, complete with D-Day invasion stripes.

If the Luftwaffe did attempt to intercept the reconnaissance flights, pilots had to rely on the speed and manoeuvrability of their aircraft, as the guns were often stripped out to make way for the bulky photographic equipment.

They photographed the invasion beaches, harbours and ports, airfields – anything that could be of use to the planners working frantically to turn Eisenhower’s strategic dreams into reality.

In preparation for D-Day, RAF pilots would sometimes fly eight sorties in a single day, capturing hundreds of high-resolution images with every pass. They photographed the invasion beaches, harbours and ports, airfields – anything that could be of use to the planners working frantically to turn Eisenhower’s strategic dreams into reality.

These images would be developed and interpreted by RAF and WAAF (Women’s Auxilliary Air Force) personnel – these men and women would work punishing 12-hour shifts, poring over the black and white photographs in search of vital military information. 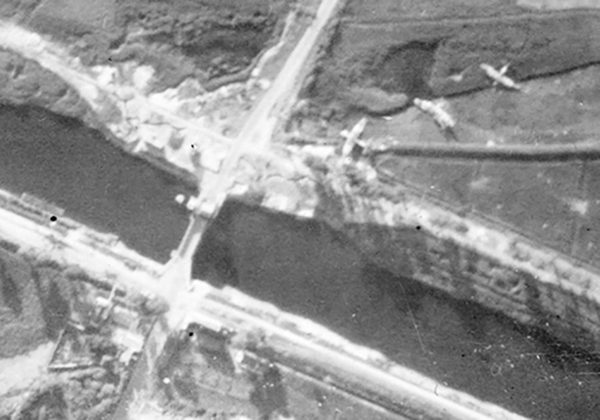 An aerial photograph taken by an RAF photo-reconnaissance unit, showing the gliders used in the assault on the Caen canal.

To assist with interpretation, analysts would use rudimentary stereoscopic 3D viewers and scale models. 97 models would be built of the invasion beaches to aid the planners and the flight crews preparing for the extensive aerial bombardment and parachute landings.

The Intruder Flight scenario in the Blood Red Skies scenario booklet covers aerial reconnaissance operations. To outfit an aircraft for aerial reconnaissance, reduce the plane’s Firepower to 0, but add +1” (50mph) to its speed. Put your Spitfires and Mosquitos to good use and scope out the Norman countryside in preparation for the invasion.

Play the Intruder Flight scenario before a game of Bolt Action. If the reconnaissance aircraft makes it past the interceptors, ignore the -1 penalty applied to Outflanking units in your Bolt Action game.

Fancy adding some reconnaissance elements to your RAF squadron? Pick up some of our fantastic Spitfire MkIXs or the nimble Mosquitos! 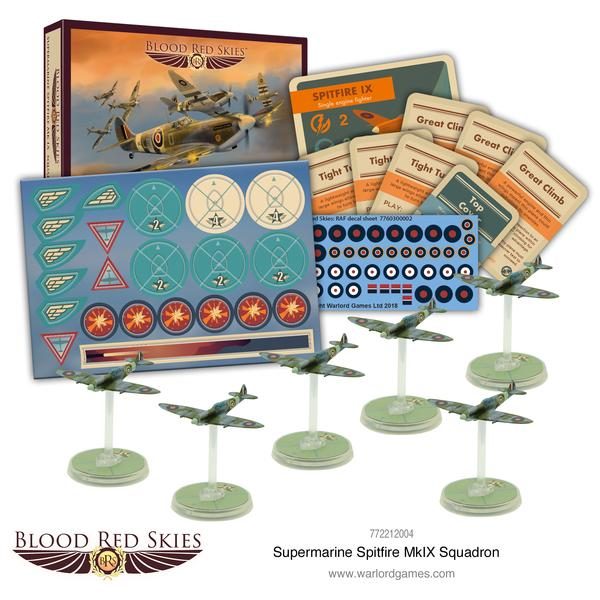 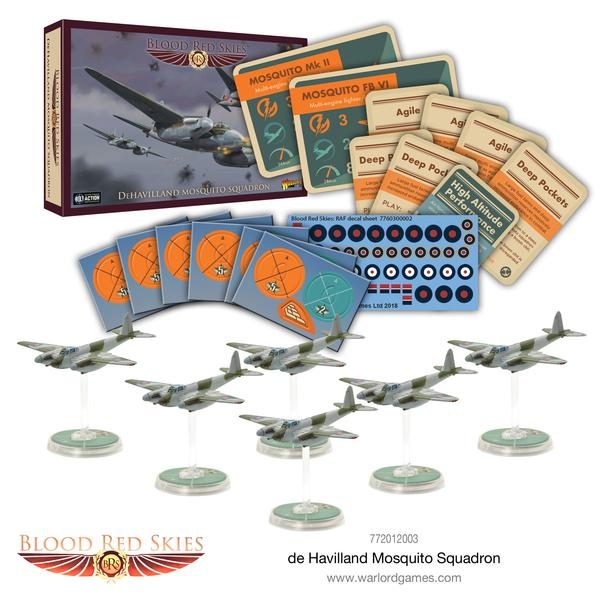 Tom spends most of his time buying books and painting miniatures. He enjoys putting animals on the bases of his miniatures and half-finishing side projects. Some say that he lives in a tower on top of some windswept northern hill with his wife and cow-patterned cat, Spaghetti.
View Profile | View all posts by Tom Mecredy
Four Marshals: A Question of Generalship
Battle Report: Battle of Marston Moor