John’s mates at the Friends of General Haig wargames club rounded out 2018 with a massive recreation of Marston Moor – attended by Mr Stallard himself!

As the late afternoon sun lit up the moor, the shepherd whistled to his dogs, and saw two armies hove into view. Shouts of ‘They’re the traitorous dogs’, and ‘I just can’t get the dice to do what I want’ assailed his ears. Marston Moor, using Pike and Shotte rules, was underway. 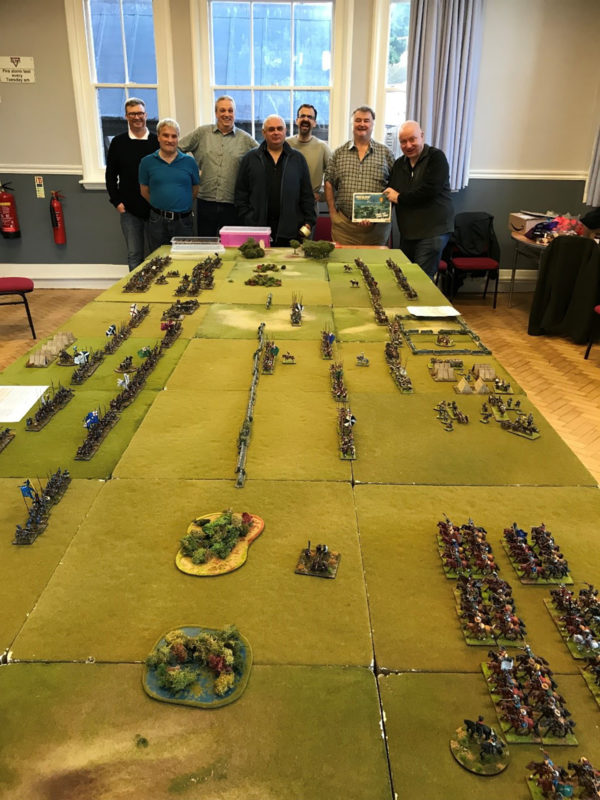 From the racket to his right the shepherd assumed that the Royalist forces, commanded by a rather striking fellow (Prince Rupert) on the furthest flank from him, were waiting for the Parliamentary forces, so sauntering down to his left, he could just make out the words of Lord Levine (aka John S) ‘Strike hard on the left, and centre and hold on the right, gentlemen’.

When each ‘gentleman’ had returned to his command and a messenger arrived with details of how to achieve extra victory points. For example, the Parliamentary C-in-C ‘s was “at the end of the battle to retreat to preserve your command” and in doing so would gain himself two extra victory points. Or “there is a traitor in the enemy ranks, so that when you engage in melee you can declare this to the enemy commander and he would retreat” gaining you, the executor, additional points. (A very clever way to add extra points.) 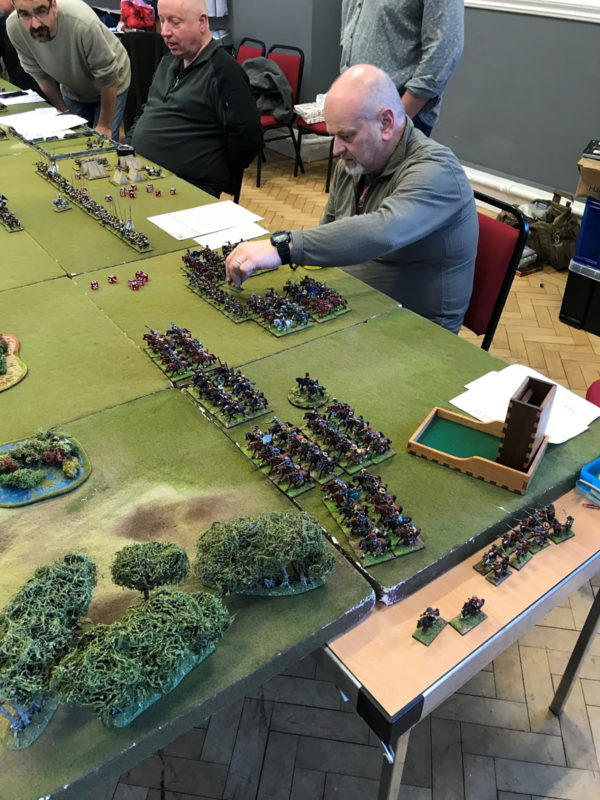 Frustration rules as the dice gods were not kind to the Royalist advance on their left flank, made more so when the cavalry of the nearest command managed it, whereas the other would spend a fair amount of their time watching the clouds and the time go by, much to the annoyance of this commanders.

By the way that wooden contraption on the Royalist side is a ‘tower’ is for rolling dice (Looks more like a siege engine!) 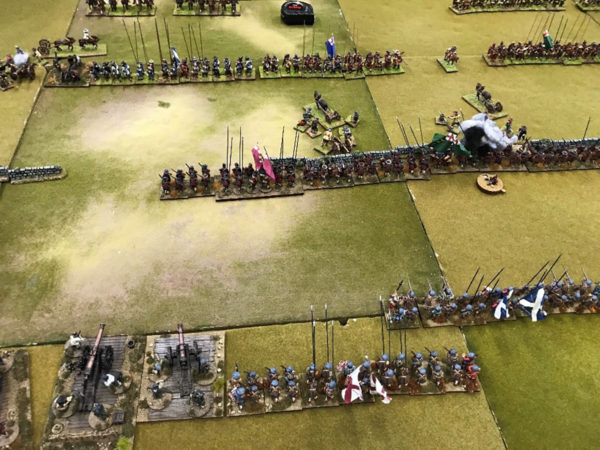 The centre started to hot up as the infantry battalions fought for the dominance of the wall.

(The pictures by the embedded reporter, aka the shepherd, are all taken from the Parliamentarian’s side, so avoid any confusion and doubt!) 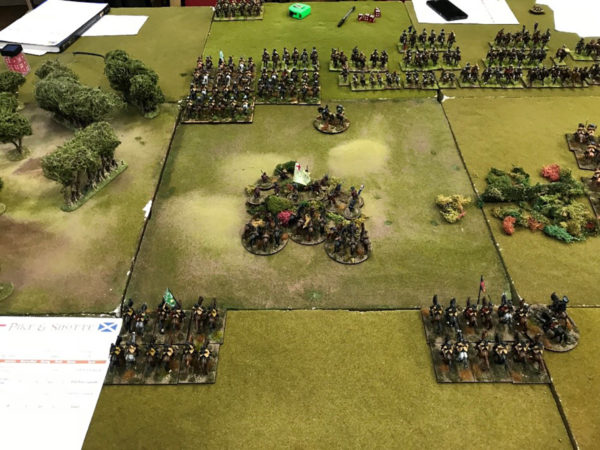 Meanwhile on the Royalist’s right flank moved to attempt to dislodge the Parliamentarian dragoons taking cover in the rough ground. 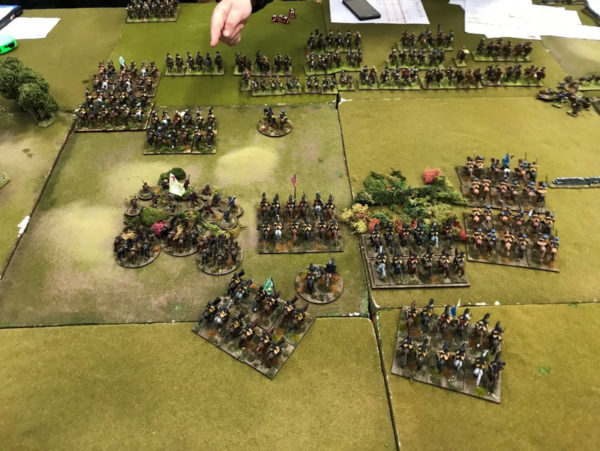 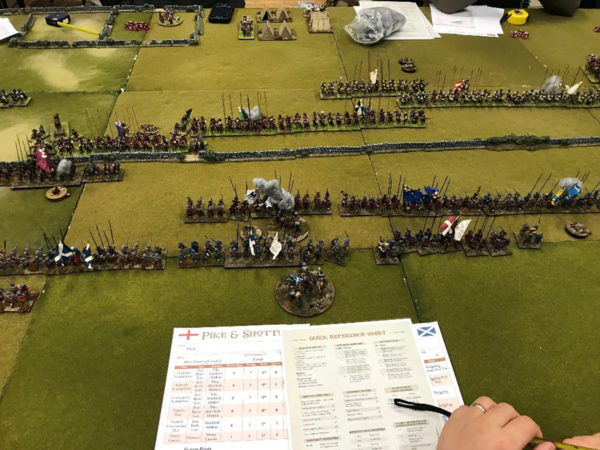 Then disaster struck as the Parliamentary forces fight over the wall in the centre as disorder struck their ranks and they were push back, the Royalist shot being overwhelming as the Parliamentarian forces charged, despite the best endeavours of Lord Levine and his sub-commanders. 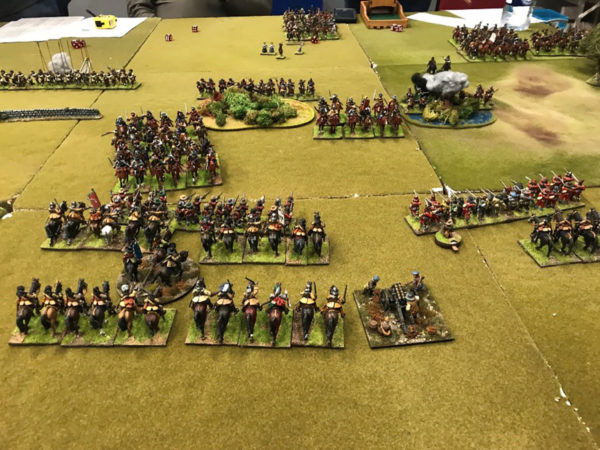 On the Royalists left flank, their cavalry had decided that there were better things to do than watch the clouds and time pass by and tried to attack the Parliamentarian commanded shot. (Ed. Are you sure, there is still a cavalry detachment counting clouds at the back?)

With the Parliamentary commander’s words, like a cannon shot, still ringing in the local commander’s ears, their duty is to hold this right flank, this was looking rather ominous. 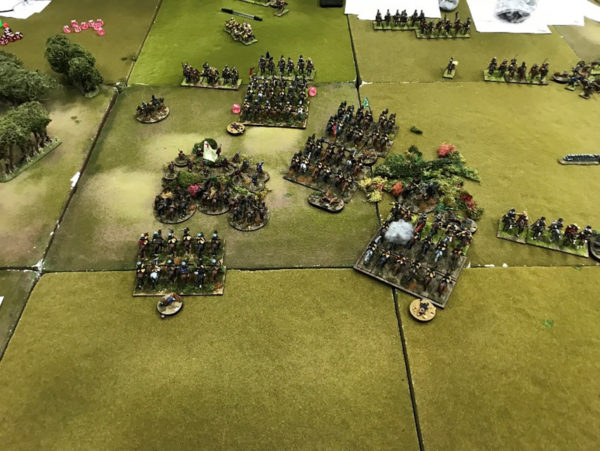 The charge and counter charge on the Parliamentary left flank was now making in-roads into the Royalist’s cavalry, most of which seemed to have fled the scene. (So the re-run was going the same way as the original battle…) 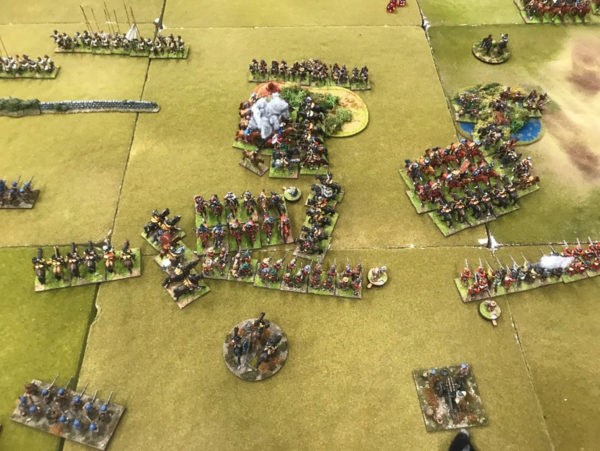 Meanwhile, on the Parliamentarians’ other flank their cavalry seemed to have managed to get themselves into a Royalist’s cavalry flanking sandwich!

In the centre, the Royalist had managed to consolidate their gains, as the Parliamentarians’ licked their wounds and considered their next move. Then disaster struck. 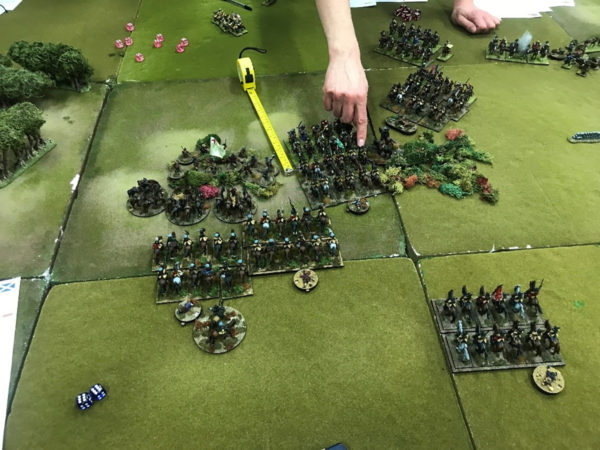 There be Cromwell, as the Parliamentarians, were happy to point out. 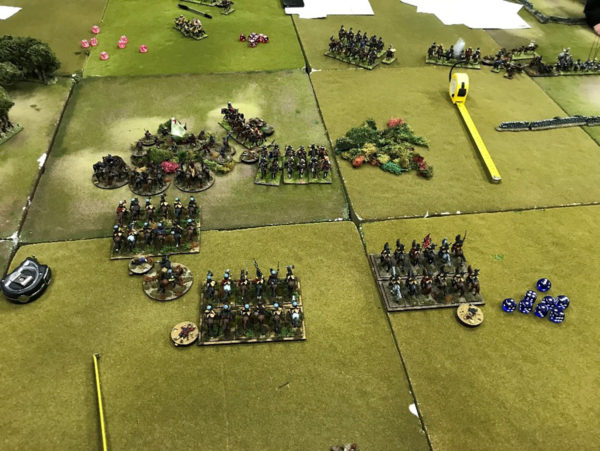 There “no be Cromwell”, a very happy Royalist then shouted. Somehow the Royalist counter charge had routed Cromwell’s command and killed him in the process.

(The significance of the fact can only be realised later though, as he was still rising through the ranks at this stage.) 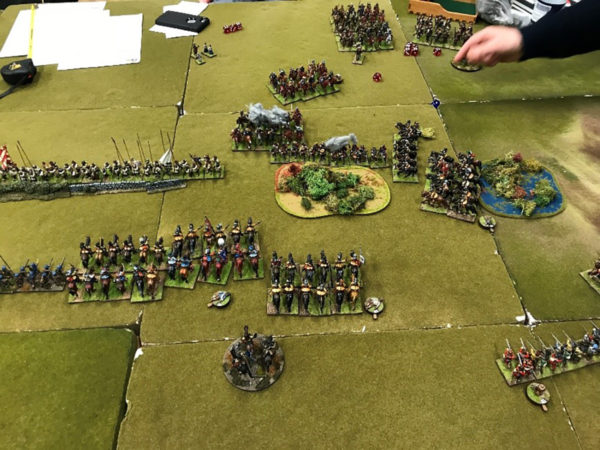 Not all was doom and gloom though, as the Parliamentarian right flank, released from holding duty, was endeavouring to roll up their opposing troops, even to the extent of that their commanders were asking their cavalry to charge pike protected by a wall, such was their exuberance. The dice saw that this wasn’t ever going to happen though!

And just as you thought that it couldn’t get even worse for the Parliamentarians, Price Rupert emerged out of the dust and smoke and charged their guns. (I thought he was supposed to be rummaging through the Parliamentarian baggage train at the moment!! Very unlike him to charge guns!) 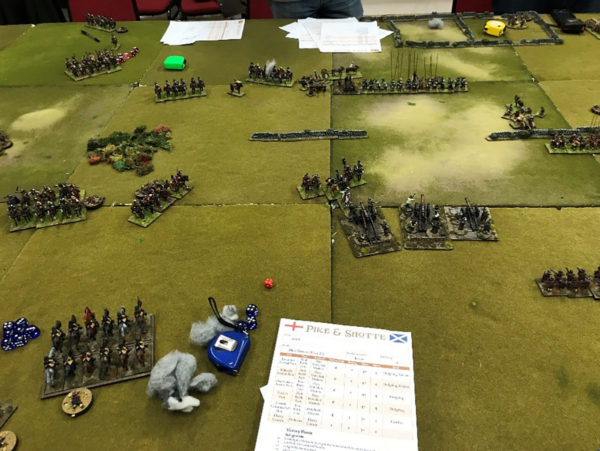 Counting the various victory points, the umpire declared it a Royalist victory, but surprisingly, the best wargamer of the match was the Parliamentary cavalry commander whom on their right flank that did so well rolling up the Royalist cavalry.

Have the exploits of our Worcester-based compatriots inspired you to take up your pike and join the fight? The King & Country starter set has everything you need to take your first steps onto 17th Century battlefields! 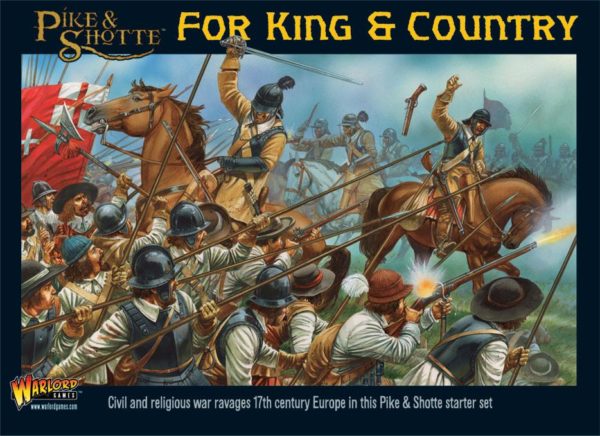 Tom spends most of his time buying books and painting miniatures. He enjoys putting animals on the bases of his miniatures and half-finishing side projects. Some say that he lives in a tower on top of some windswept northern hill with his wife and cow-patterned cat, Spaghetti.
View Profile | View all posts by Tom Mecredy
Blood Red Skies: RAF Photo-Reconnaissance Units
Cruel Seas January Errata