This week the Red Army received reinforcements in the form of these engineers in body armour!

The first pack contains 8 combat engineers, equipped with a variety of weaponry – from the ubiquitous PPSh SMG, DP-28 LMG, flamethrower and a variety of anti-tank weaponry! 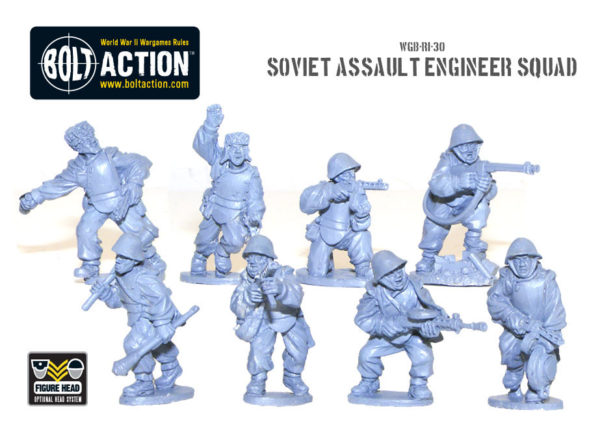 On August 19th in the Smolensk region, Soviet forces were continuing their attempt sot capture a key hill which had been transformed by the occupying Germans into a fortified position. Following several unsuccessful assaults on the hill, the Soviet command threw a special unit into the fray. The German defenders were astonished to see the Russians shrugging off most of their fire and pressing their attack still.

The unit in question were soldiers of the assault engineers brigade and had been equipped with body armour which proved extremely successful. During the battle one Russian soldier’s weapon jammed and, turning away to let his body deflect the shots, he survived a full clip being shot at him from a German officer. The Soviet then proceeded to kill the German Officer with the butt of his rifle. 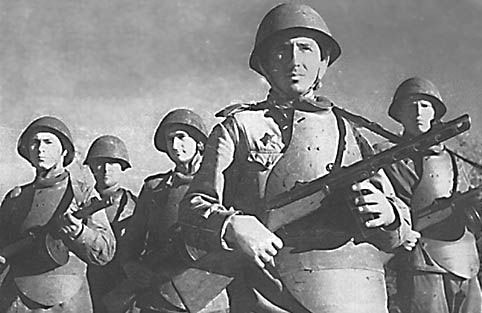 In just half an hour the Soviets had captured the hill that had caused them so much trouble for the previous two weeks, with the armoured assault engineers to the fore, closing fast with the enemy and despatching them in hand-to-hand combat. During this assault the brigade suffered just 2 dead and 19 wounded!

Equipped not only with protective body armour but with sub machine guns, flamethrowers, anti-tank rifles and large quantities of grenades these troops were further identified by their loose-fitting camouflage suits. Fifteen of these specialist armoured units were raised during the war. 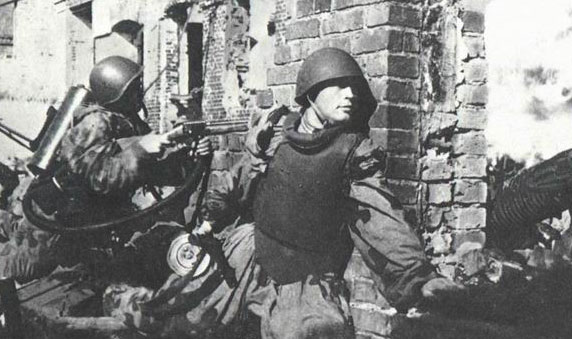 Replacing the widely used M1910 Maxim machine gun, the SG-43 also went on to be mounted on armoured fighting vehicles and served into the 1960s…

Watch this short video to see the SG-43 in action and to find out more about this great weapon. 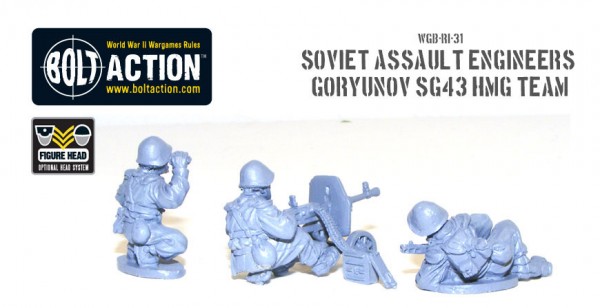