Your PBI (Poor Bloody Infantry) can rejoice – now they can ride into battle with the vile Hun on the treads and tires of the M5 half track! Produced as part of the lend-lease agreement with the United States by International Harvester Corporation this variant of the US Army’s M3 halftrack was supplied in large numbers to British, Canadian and Russian forces. 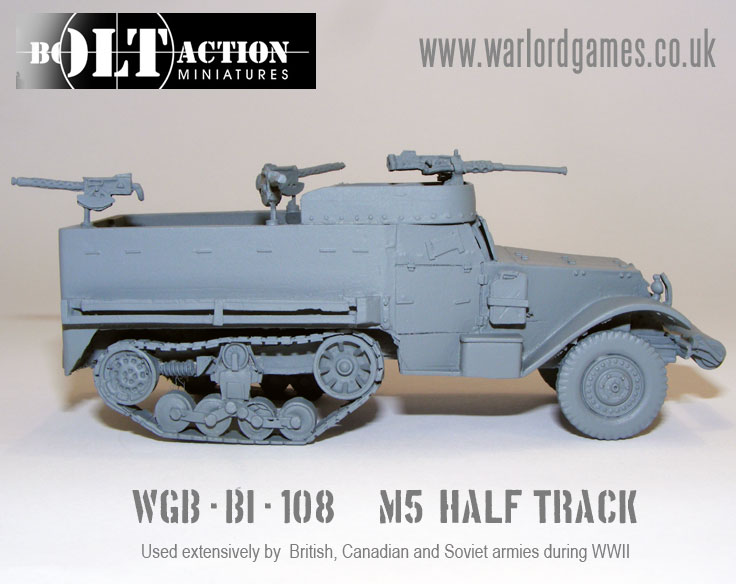 If you’ve already bought the M3 half track for your British, Canadian, or Soviet forces now you can alleviate the shame of your improper kit by buying the correct half track now that it’s available! The lend-lease version had a handful of modifications from the M3 – rolled edge armour at the back, new style front mudguards, new seating arrangement as well as ‘hidden’ differences such as a different engine and drive train. 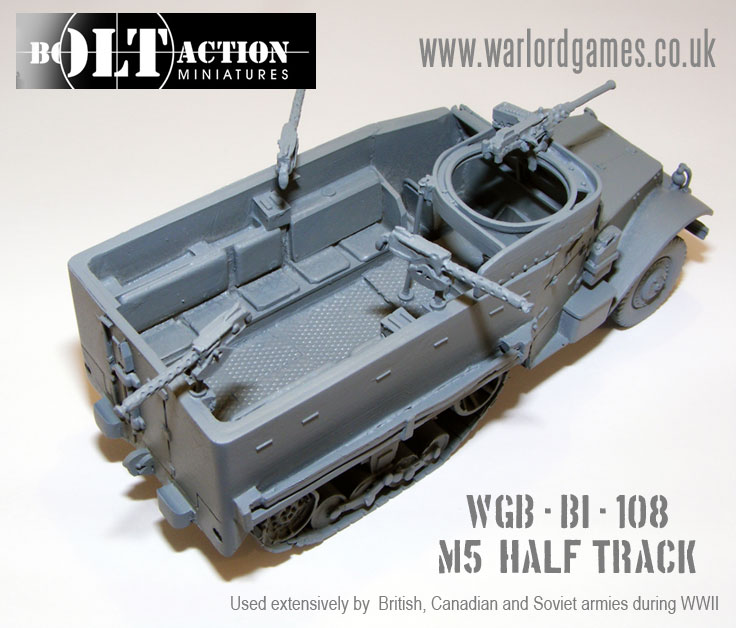 British M5s were sent into action minus the MGs which made them a favorite of the infantry to be sure. Half tracks were used for moving troops around quickly but also as prime movers for pulling artillery. You’ll be able to buy these excellent all-purpose vehicles singly or in threes. 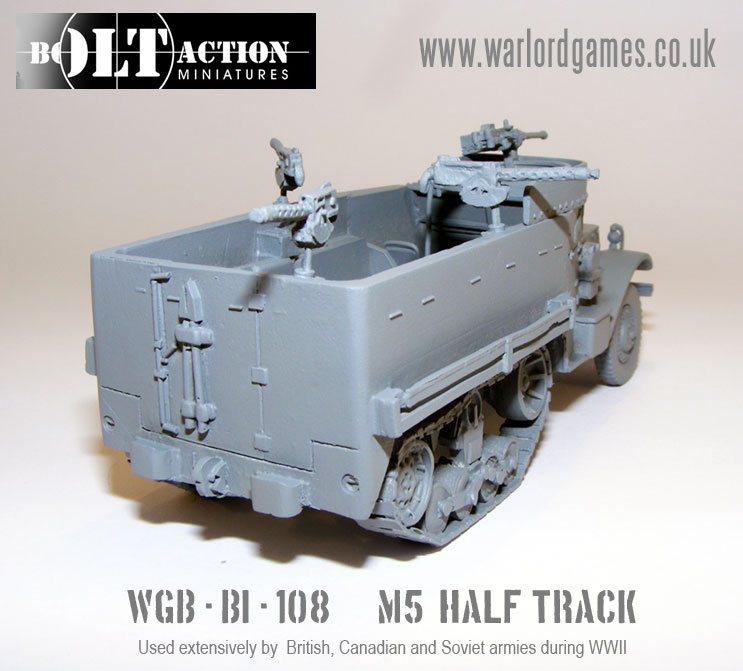 You can purchase your own M5 half tracks right now in the Warlord webstore.