Storm the beaches and reclaim the Pacific with our multi-pose plastic US Marines, now available to to buy in our webstore.

Guadalcanal. Tarawa. Iwo Jima. Okinawa. Just some of the legendary actions the US Marine Corps fought in – actions that have rightfully sent the USMC into legend.

There are few fighting forces that can rival the fearsome reputation of the United States Marine Corps. Indeed they can trace their ancestry back to the Revolutionary War in the 18th Century, serving all over the globe up to the present day.

During the Second World War the US Marines spearheaded the American response to Japanese aggression, leading to a ferocious island-hopping campaign. The technologically superior US forces made many amphibious assaults that wore down the Japanese and culminated in crushing American victories albeit with terrible loss of life on both sides.

US Marines in the Pacific Theatre of Operations were eager to get the job done be it with the bayonet, shotgun or their Thompson submachine guns. Their loyalty to their comrades and the Corps stood them in good stead as they faced a fanatical foe where no quarter was given no received. 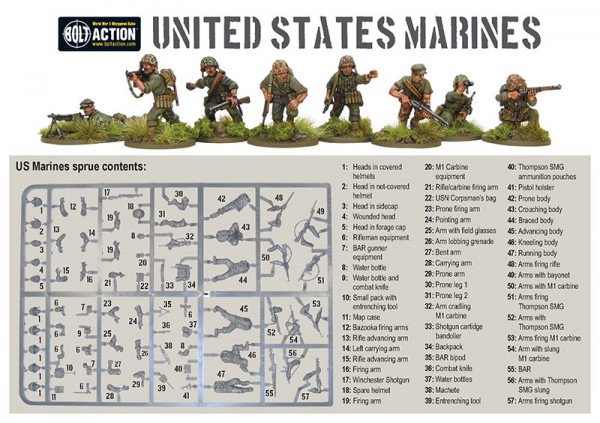 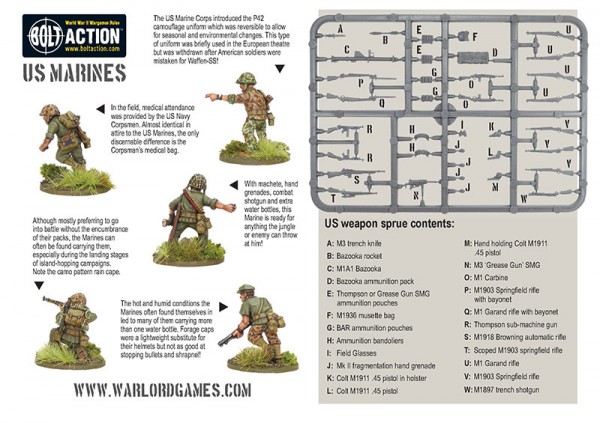 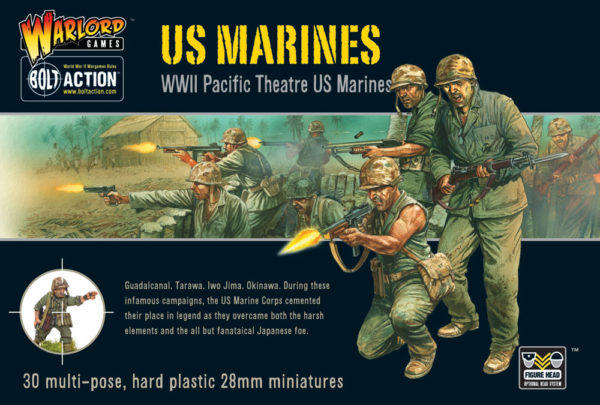 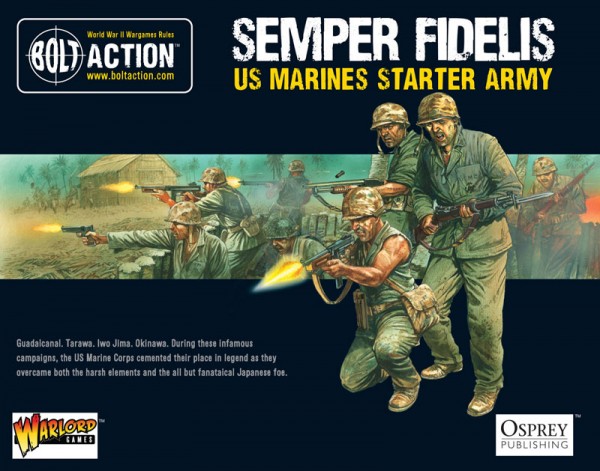