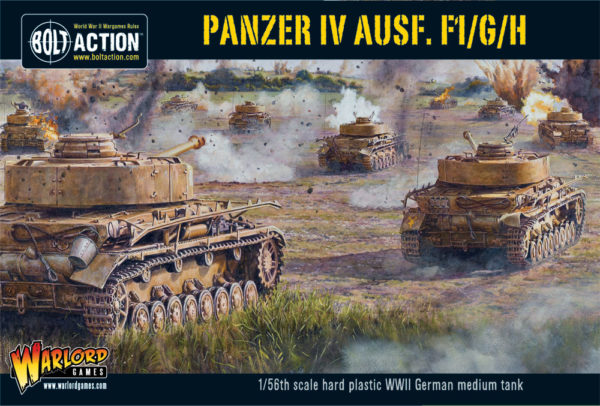 This plastic kit contains all the parts you need to make one of three versions of this iconic panzer – either the short-barrelled Ausf. F1 version, the long barrelled F2/G, or the H, protected as it was by its schürzen side skirts.

The iconic German tank of the Second World War, the Panzer IV fought from the invasion of Poland to the fall of Berlin. The Panzer IV was constantly updated, with its sound design giving it a longevity well beyond that of its contemporaries. By mid-war it was packing a deadly long-barrelled 75mm gun, giving it great hitting power and better mobility and its armour had been doubled in places greatly increasing its survivability.

By the time of massive battles in Russia in middle of the war the Pz IV was also carrying the detachable screen side armour known as schürzen. This was in response to the threat posed by Russian anti-tank rifles and, latterly, by Allied hollow charge bazooka style weapons.

This is the backbone of the Panzer regiments! 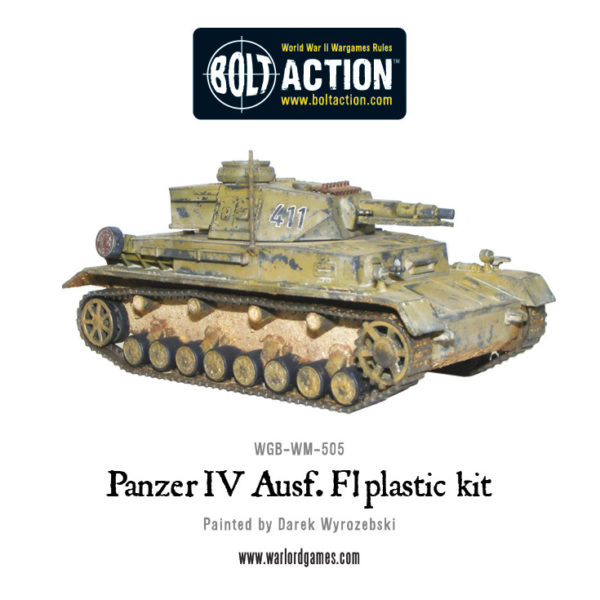 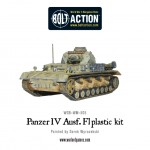 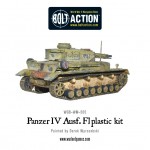 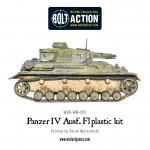 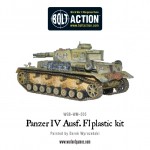 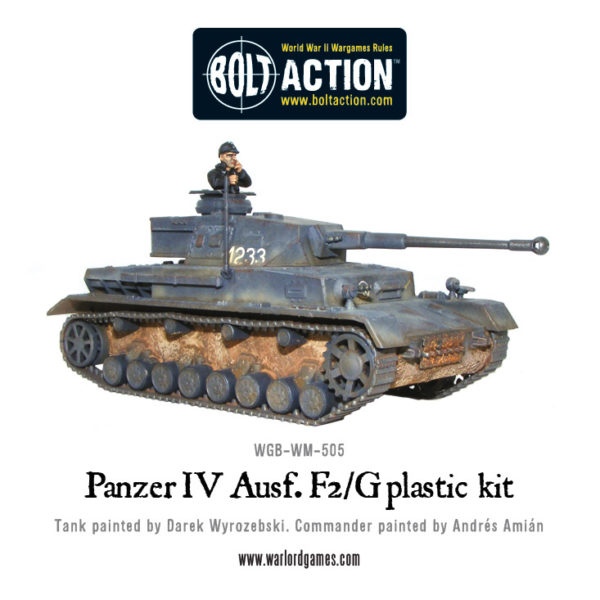 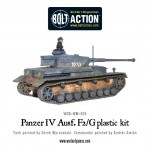 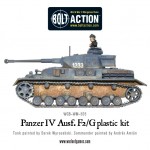 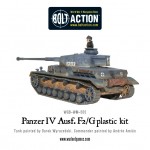 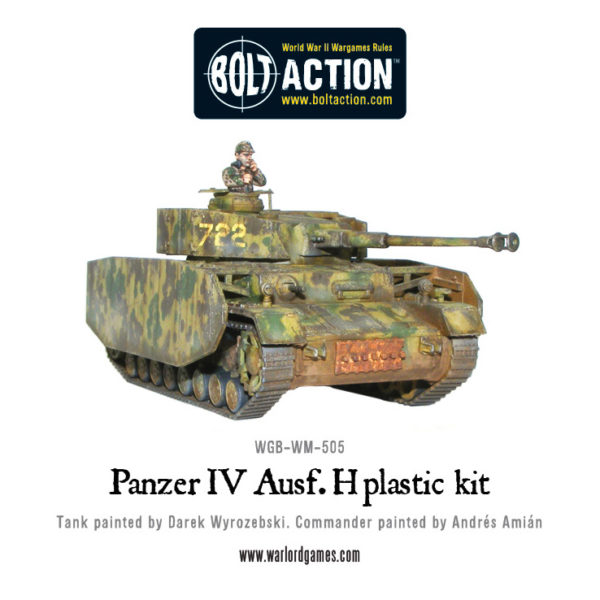 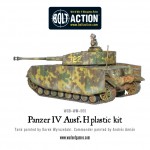 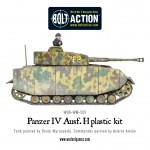 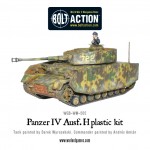 As with the other Bolt Action plastic vehicles, this kit is highly detailed yet easy to build. It provides a rugged gaming piece and will also appeal to painters and modellers.

The Panzer IV comes with a comprehensive waterslide decal sheet, allowing you to finish your new tank off perfectly! 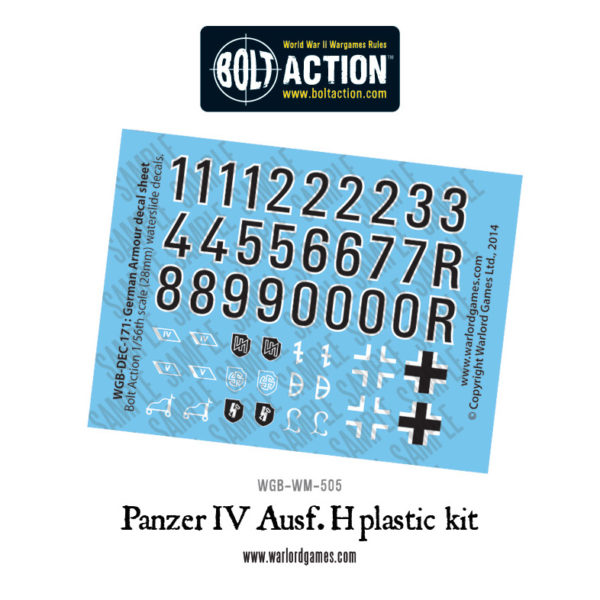