A few weeks ago Alessio was invited as a guest by the Leicester Sabres – the gaming club of the University of Leicester – to take part in the “Falaise Gap” special Tank War big scenario. And it was great fun! Over to Alessio:

I brought 1,000 points of my US tanks to the game, and joined the allied team, which featured two players for the British (coming onto the board from the North edge), as well as another US player who added his 1000 points to mine (we’re going to come in from the South edge).

Here’s the allied team in all its glory: 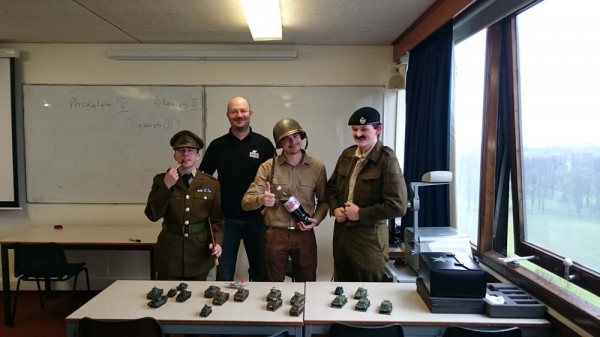 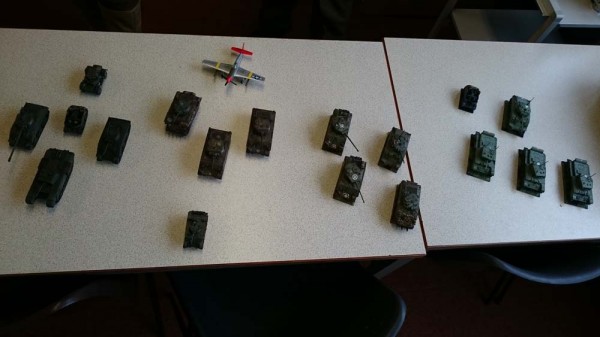 The Axis opposition team gathers with the intent of breaking through our forces and leaving the table by the Eastern edge: 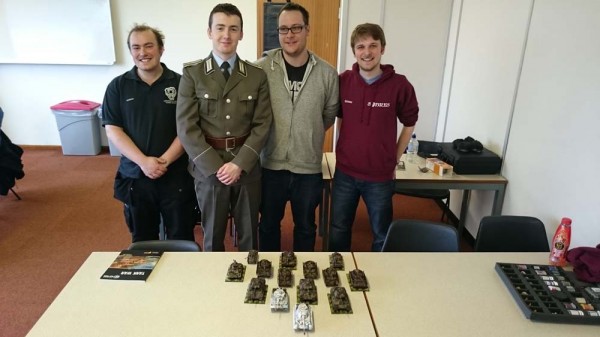 They have brought some really big guns (eeeeekkk!!!): 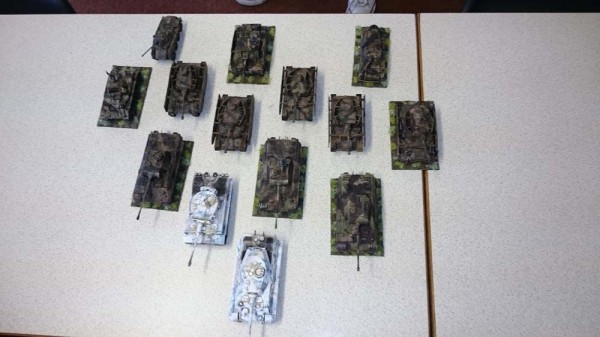 The German force sets up on the board: 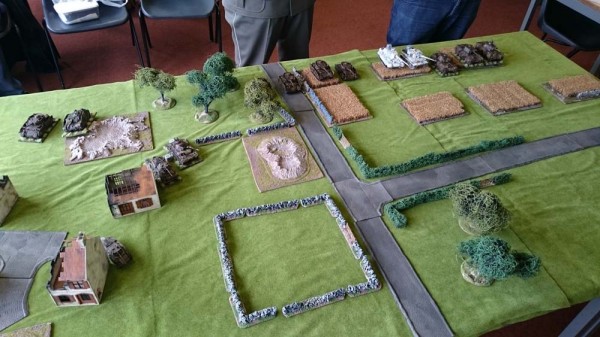 The Allied commanders deliberate at length: 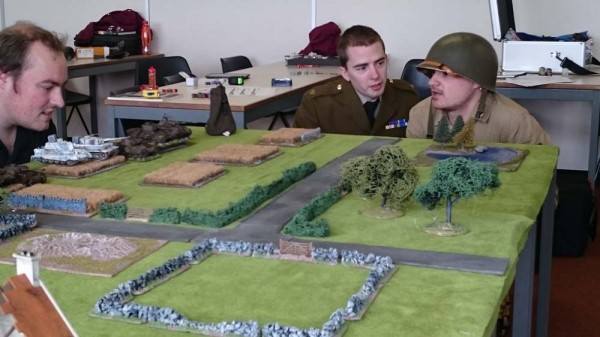 Then a decision is made – the British will be the first wave and the Americans will be in reserve, as their special rules make them better at coming from reserve, and the Churchills will have a better chance of staying alive long enough for the reserves to come in. The British move in: 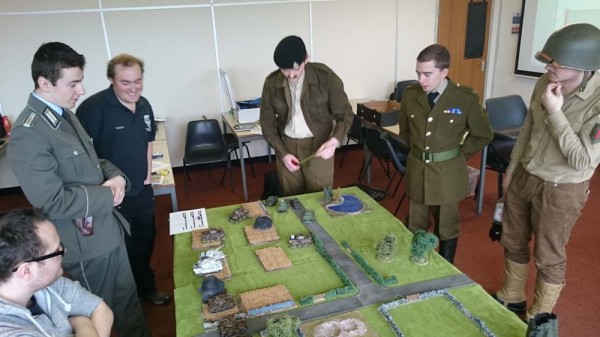 As all the Allied forces are in the North, the Germans turn all of their might to face them. Here’s an “aerial view”: 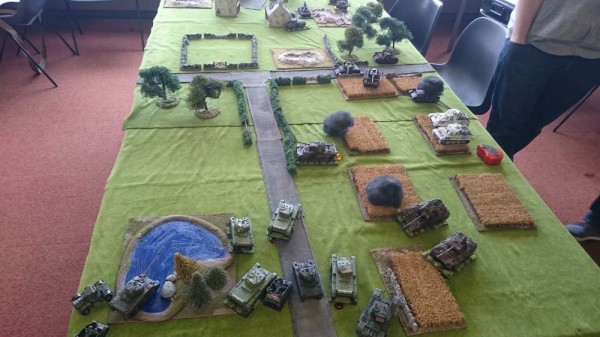 And from the point of view of the Firefly in the corner, facing off against the big cats: 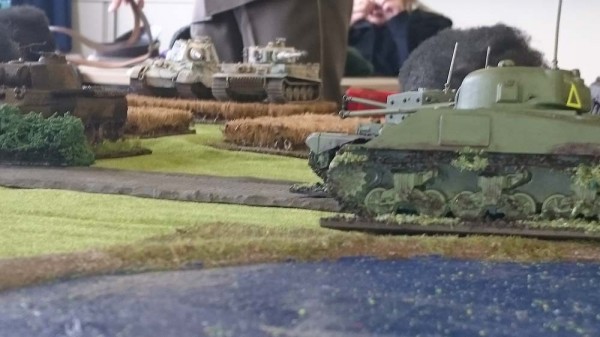 And of course the view from the other side: 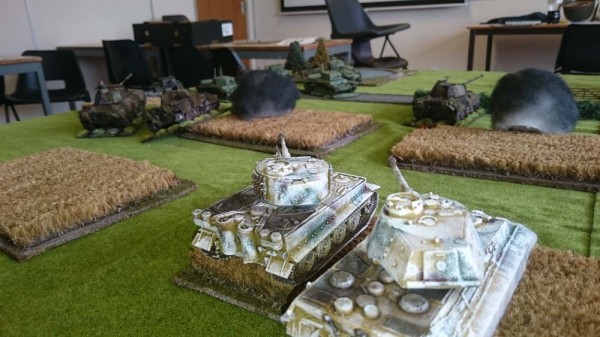 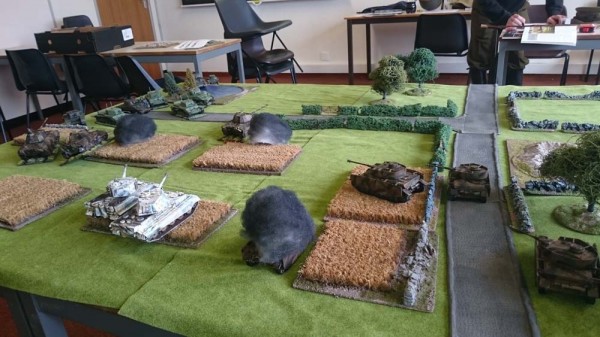 With some ferocious and rather close-in fights erupting: 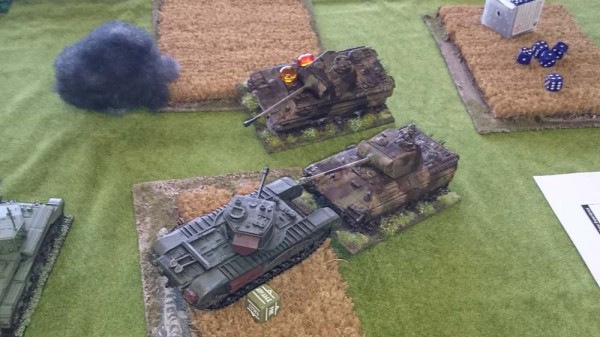 The Germans ignore the little Universal Carriers (carrying a Boys anti-tank rifle), one of which manages to sneak behind a Panther, takes aim at the engine block at point blank… 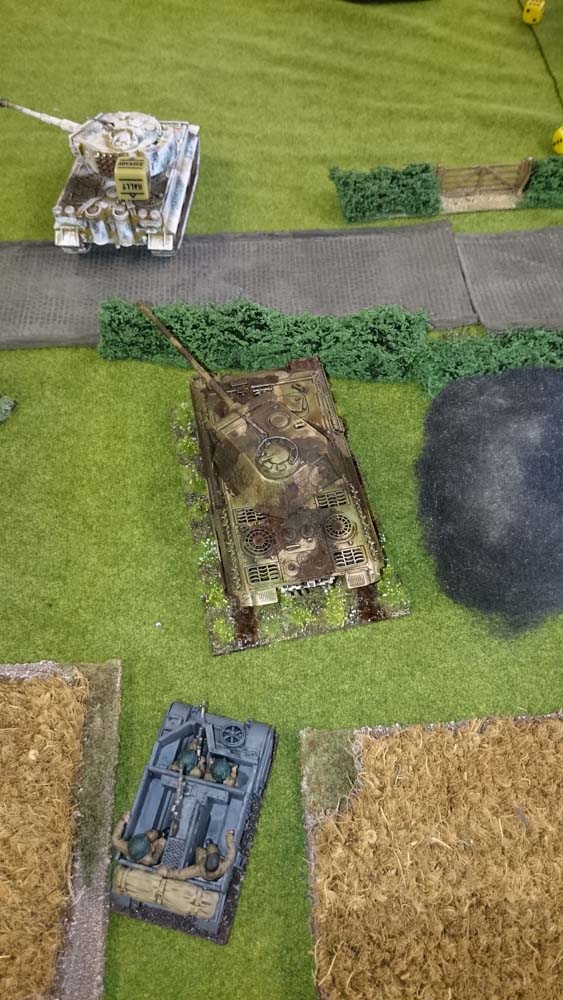 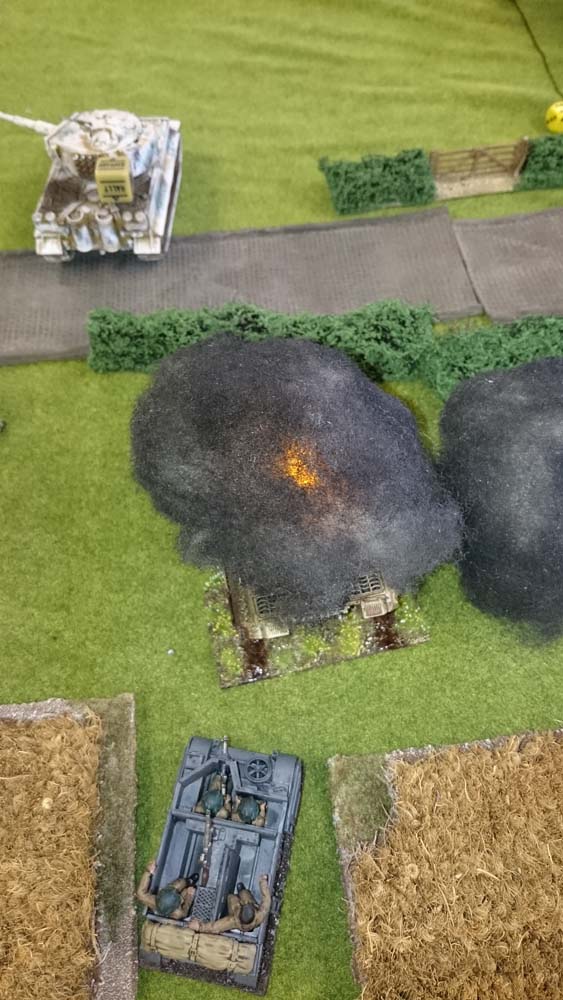 And from Turn 2 (most of) the Americans join the fray from the South – the pincer is closed, what could possibly go wrong?! 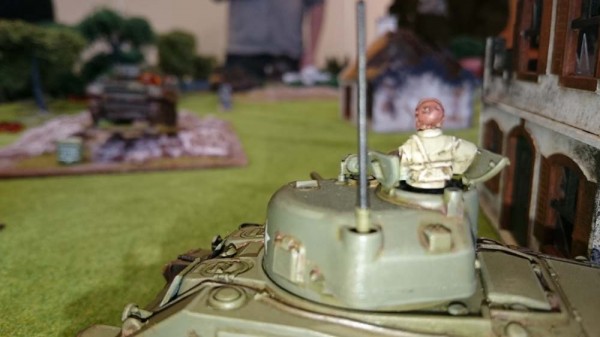 …well, for a start the British artillery barrage could roll a 1 and be redirected against the newly arrived and densely packed US troops… disaster! The British artillery is very effective at pinning many of the US tanks, slowing their advance. It also effectively puts the little Stuart that is carrying the US Air Observer (one of the scenario special rules) out of the game by pinning it to oblivion. We have lost both our artillery and air support…

The Germans North force has time to blast the Brits to smithereens and then break through in the North half of the table, except for the King Tiger, that moves in to reinforce the South half against the shell-shocked Americans… 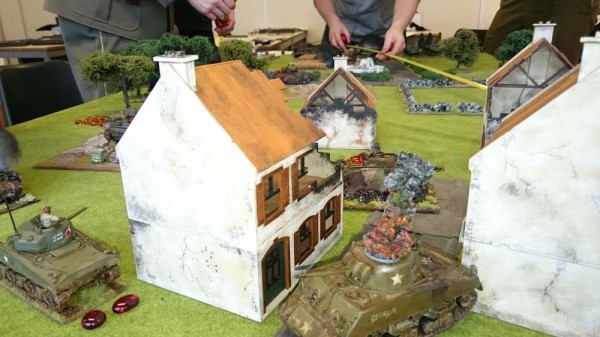 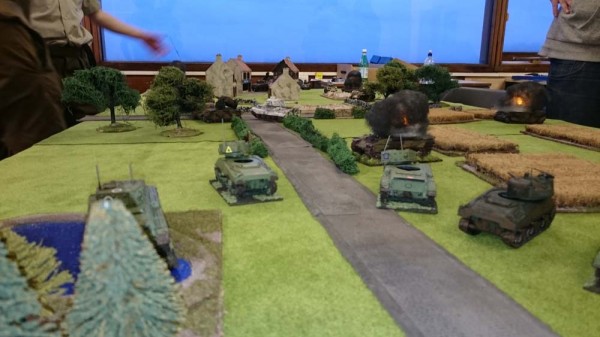 The village in the South sees some bitter street-fighting, like this Stug ambushing the Shermans as they file past the side street… 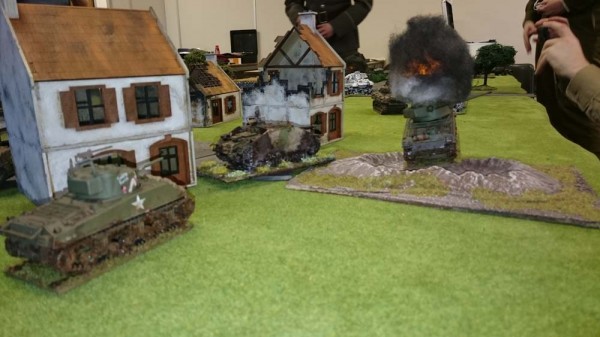 And finally the lead Sherman, in a desperate attempt to stop the last German tanks left on the table from following their comrades, resorts to ramming! But of course the crossroads is held by the King Tiger which performs an outstanding rearguard action… 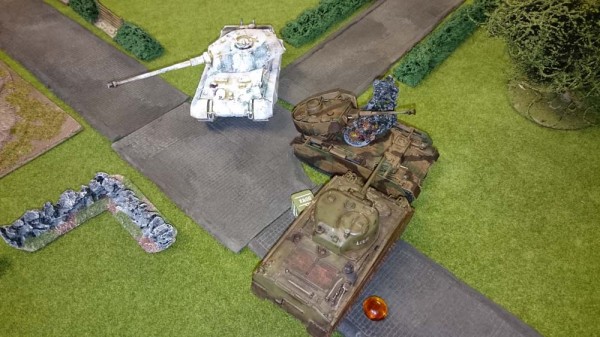 And the outcome is not at all in doubt… here’s the final score: 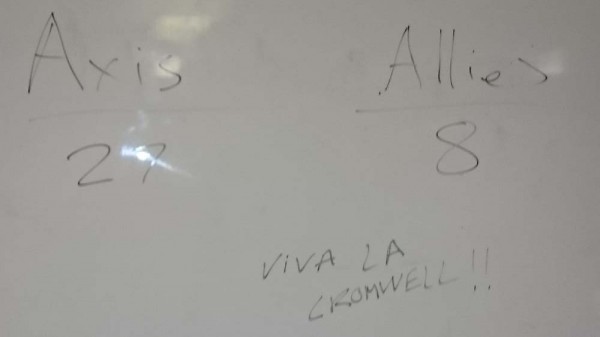 The game was very good fun, played in a great spirit of camaraderie and in-character banter… I have definitely decided that I need a uniform to go with my US army Bolt Action force!

Many thanks to the Leicester Sabres!