New: Build an Army deals for Italy and France

Due to popular demand we added Japan to the list and now with the release of ‘Germany Strikes‘ we can now bring you Italian and French armies too: 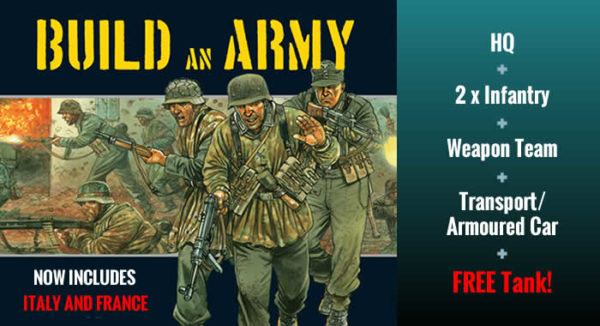 So – gather your troops, make space on your painting desk – and prepare for the Bolt Action Online Campaign which also launches today! 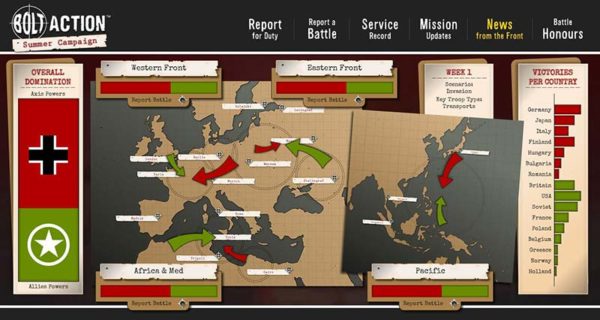 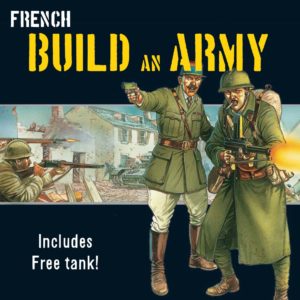 The new Early War French Build an Army tool includes the core French Army Infantry Section and the Senegalese Tirailleurs Infantry section, plus a range of weapon teams and extensive list of vehicles, including the mighty (albeit awkward to command) Char B1 bis! 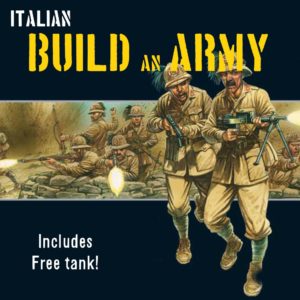 The Italian forces aren’t left out either with their Build and Army tool including all 4 of the infantry choices such as the Bersaglieri squad in sun hats plus: tankettes, armoured cars, light tanks, and assault guns. 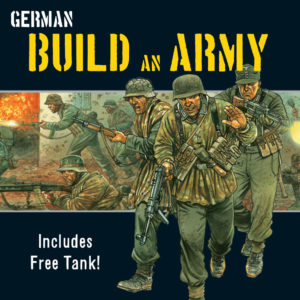 The German Build an Army is packed with options for the early period as well as other periods of action – whether you want to collect a Heer force, a Fallschirmjager-themed list, if you want to create an army based around our fantastic new plastic German Grenadiers, or want to take control of the elite fighting forces of the Waffen SS – there are all kinds of options available! 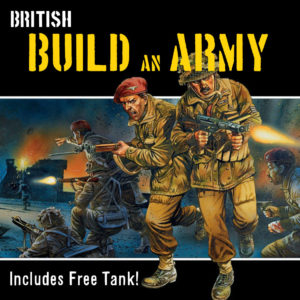 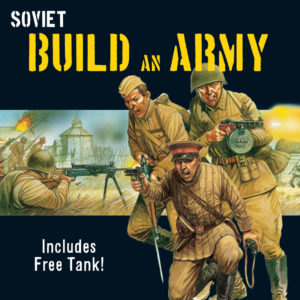 So – if you’ve been considering getting started playing any period of Bolt Action, or you’re a grizzled veteran looking to start a new army – there’s never been a better time to pick-up a new force – and get a FREE TANK along the way!