One of the most eye-catching vehicles in the German forces is the Kettenkrad halftracked motorcycle. This lovely model comes with crew wearing camo smocks and can therefore be fielded as Waffen-SS or Heer troops. 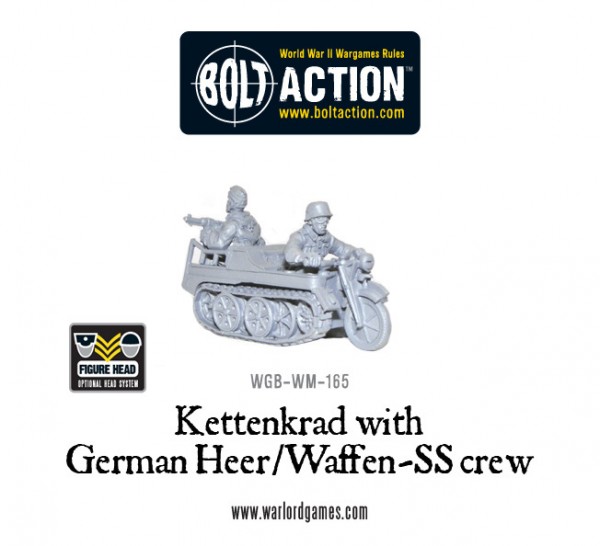 Although initially designed to act as an airlanded light tractor for airborne forces, the Kettenkrad was, effectively, a half-tracked motorcycle. This gave better performance off-road than traditional motorcycles. In fact, for extreme off-road conditions the fornt wheel could be removed and the Kettenkrad became a fully tracked vehicle. 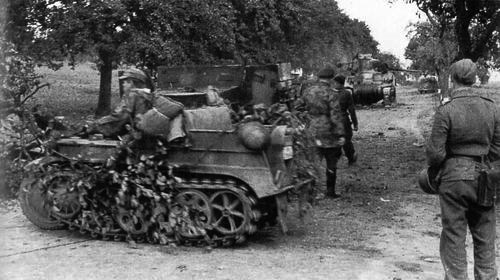 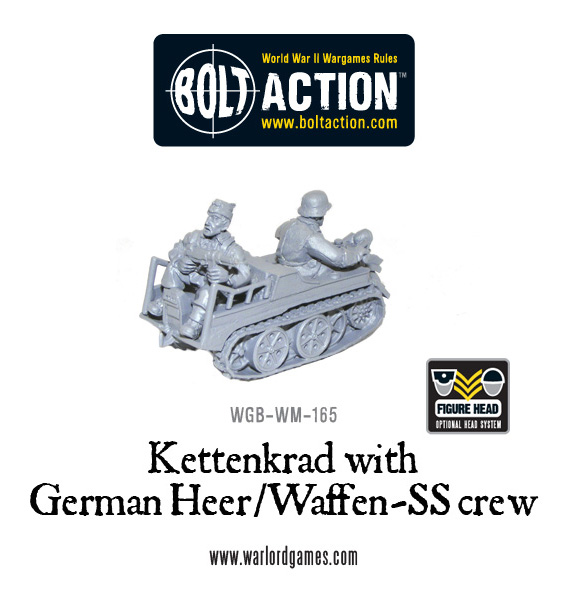 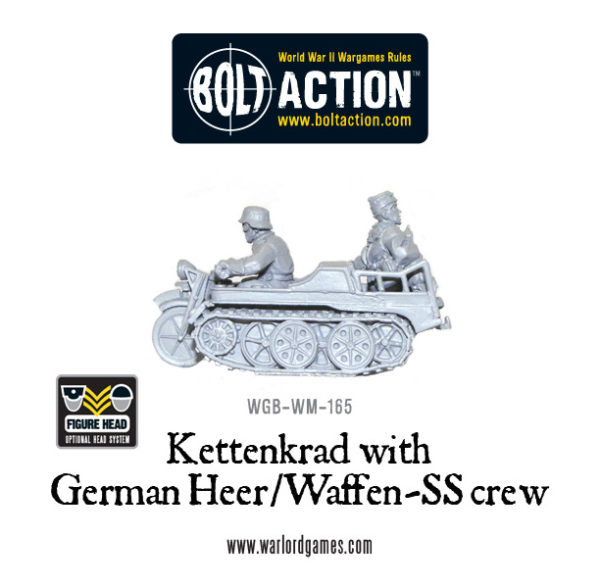 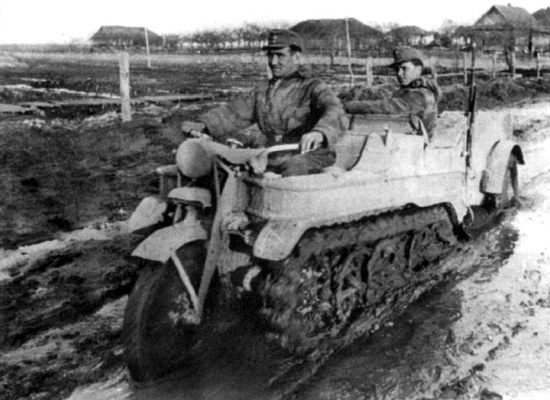 As the war progressed Kettenkrads would begin to also be used as tugs for aircraft on runways, most notably the Me 262 as jet fuel was at such a premium the German Luftwaffe attempted to conserve it wherever possible. Over 8,000 of this distinctive vehicle were produced during the war. 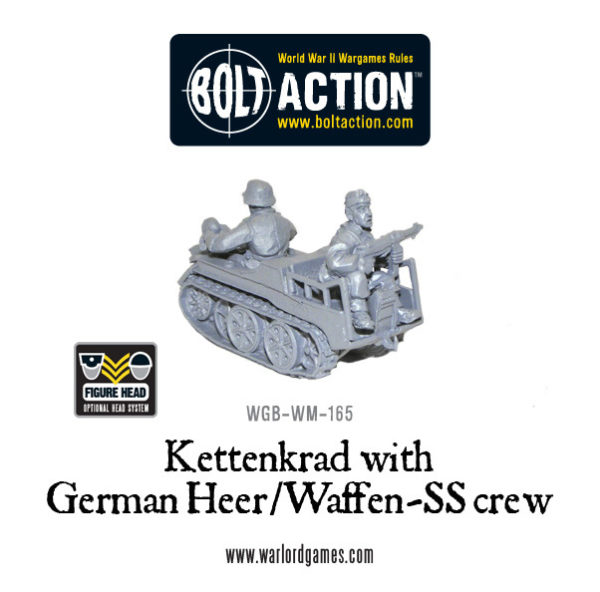 As with our Fallschirmjäger Kettenkrad shown below, this new version has crews with Figure Heads. These separate heads means you can pose and swap heads within your force, making it unique. 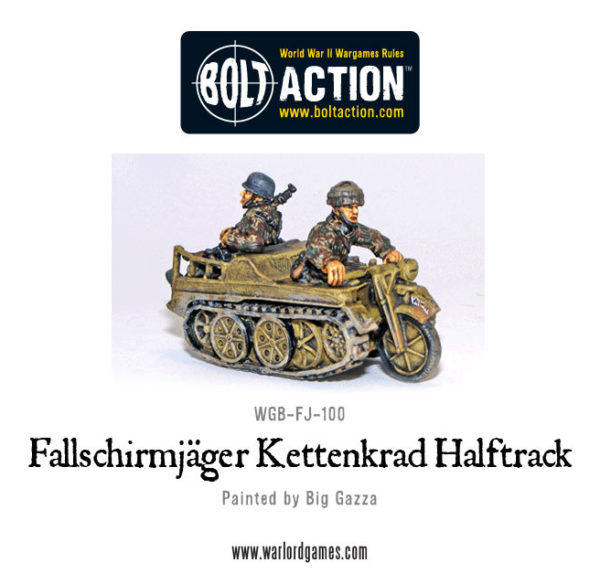 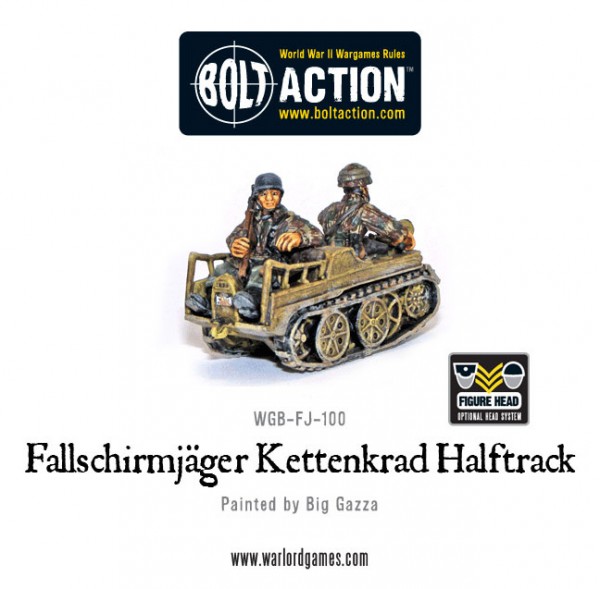