A suitably regal centrepiece for your Babylonian army, this four horse chariot carried the Babylonian king, and his retainers, into battle. 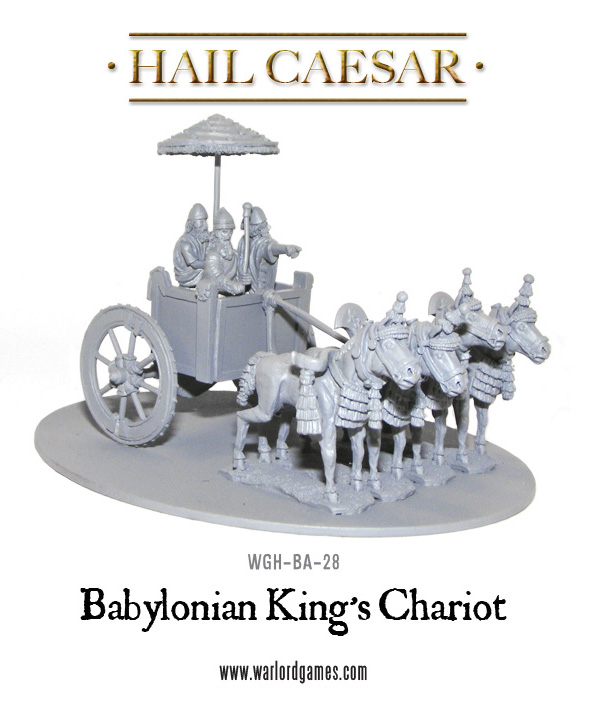 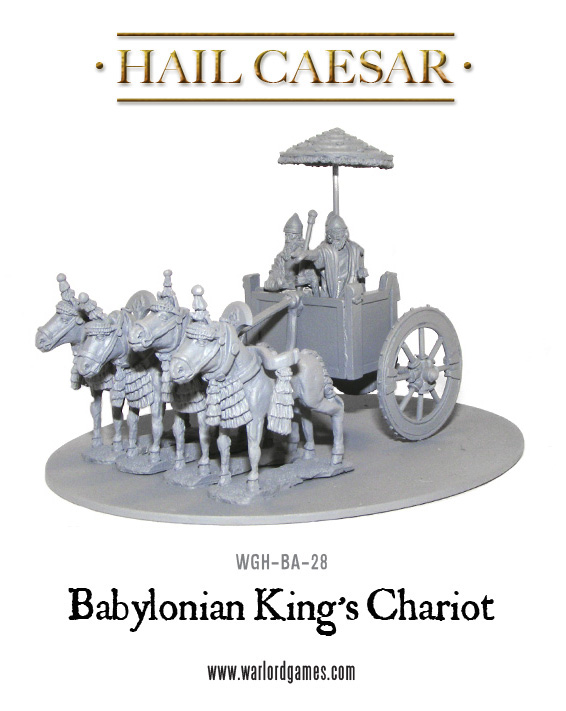 Archers were the mainstay of the armies of Mesopotamia. These archers are from Babylon, or one of the surrounding cities. They wear the dress typical of that area and are equipped with large Akkadian bows, they do not carry had weapons as they would not be expected to fight at close quarters. 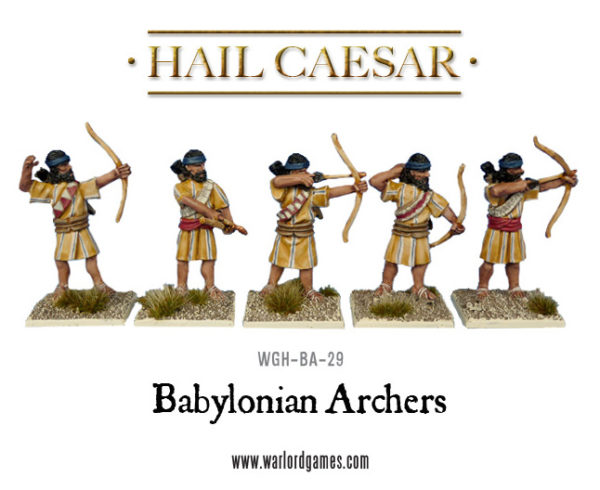 To find out more about the Babylonian armies (and that of their Assyrian nemeses) check out Vince Rospond’s article, Empires Entwined.