Despite their popularity with gamers and photographers mechanised transport wasn’t as widespread as you’d think during World War II and the humble horse drawn wagons were still very much the order of the day for the German Wehrmacht. As such we’re pleased to be able to release this German Army light field wagon! 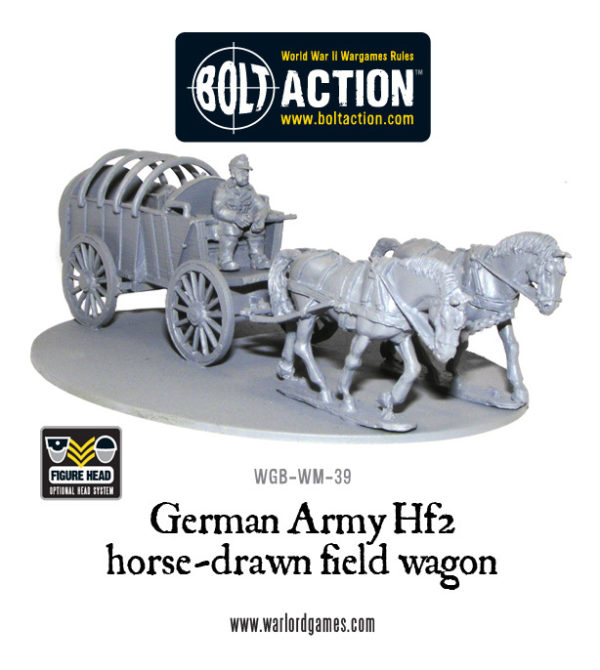 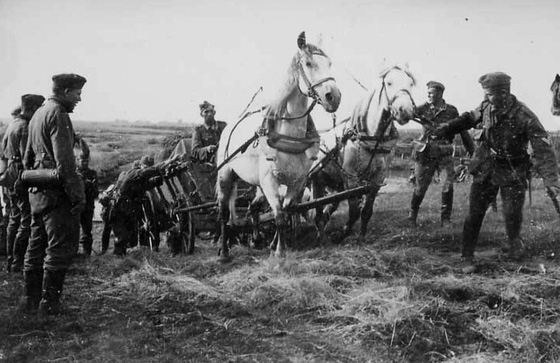 We all love to see and field armoured halftrack and hulking tanks in our German army but it’s an often forgotten that throughout World War II many German infantry divisions relied on horse drawn transport for their supply chain. THis was true in the early stages of the war where not enough mechanised vehicles could be made and though into the latter years of the war where Allied bombing made manufacture of such vehicles difficult and fuel shortages bit hard. As such it was the humble horse that keep the German forces moving from the beginning of the war to the end. 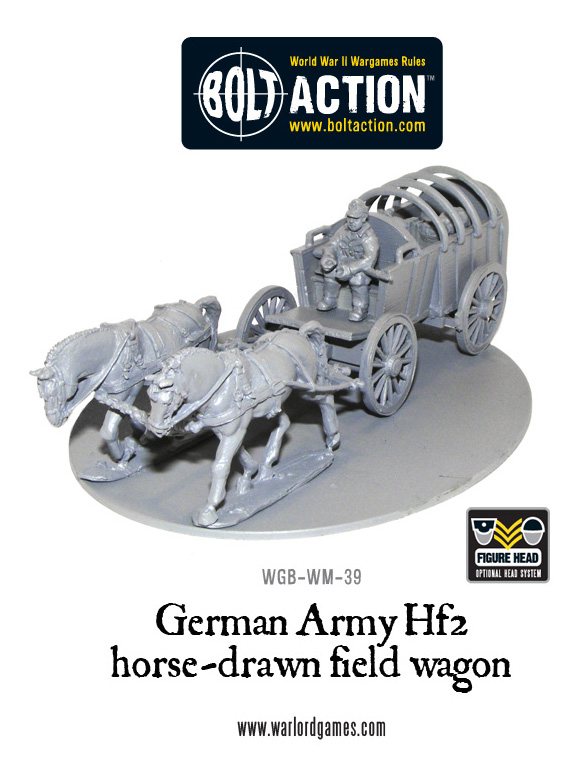 These field wagen were used not only to move supplies but also pull artillery pieces, field kitchens, ammunition limbers and on many occasions stacking with troops! 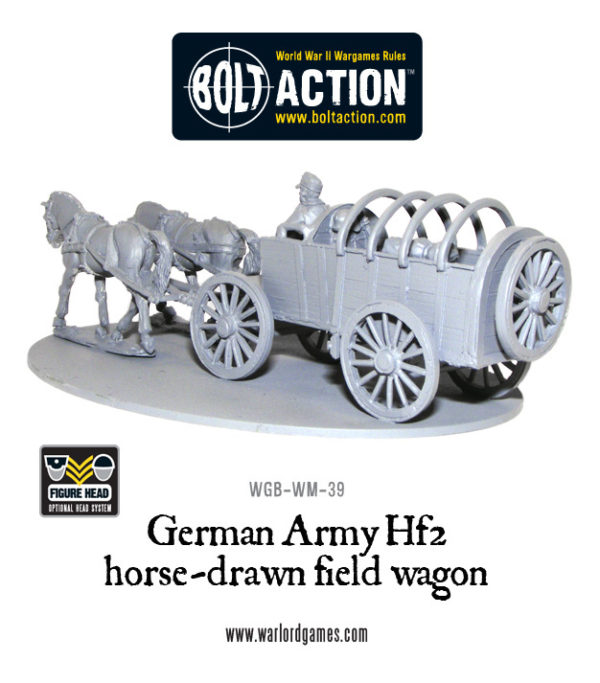 This splendid new resin and metal model come with fully detailed interior full of stores, weapons, etc. As is the norm for Bolt Action miniatures the driver is part of our Figure Head program and comes with two head options – sidecap and field cap. 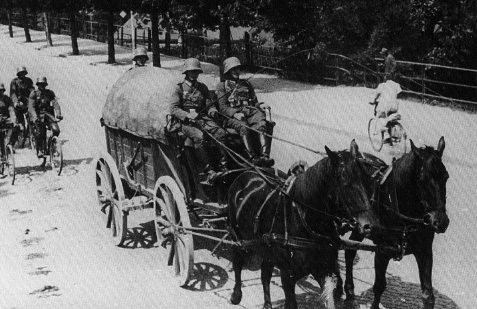 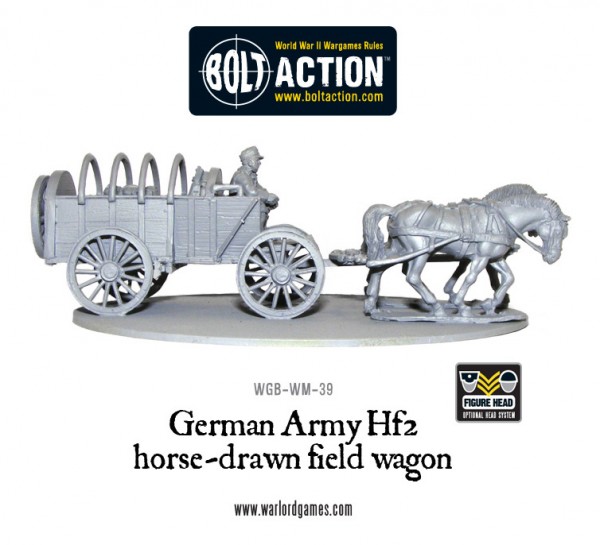