Quad 2cm flak guns are not going to be pleasant to face, whether you’re an Allied pilot or taking on the Third Reich on the ground. So, today is a black day for Allied players as we release our new 2cm Flakvierling 38 with German Heer crew… 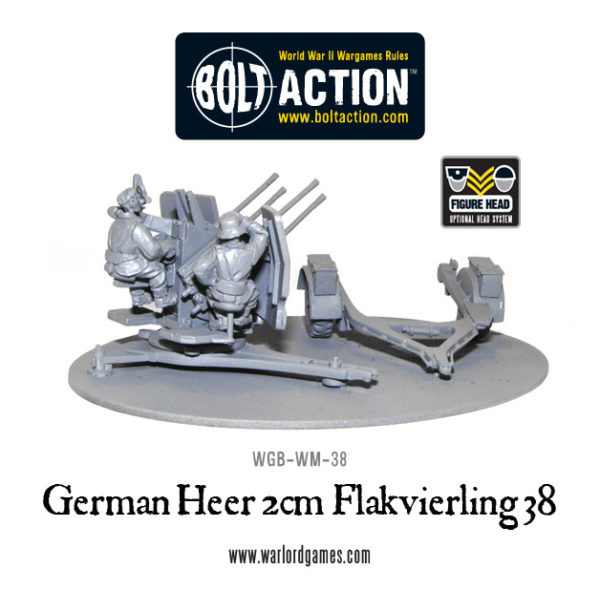 Effectively four 2cm Flak 38 anti-aircraft guns on one single carriage, the Flakvierling could lay down around 1400-1800 rounds per minute.

Normally towed on it’s trailer behind the likes of the Opel Blitz truck, Sd.Kfz 251 halftracks or halftracked prime movers, the Flakvierling was the Axis equivalent to the US M16 MGMC. The Flakvierling was also put to good use on mobile platforms such as the Sd.Kfz 7 where, on a converted chassis, it would become the Sd.Kfz 7/1 (we’re currently making this so keep your eyes peeled for it’s release…). It would also be found atop converted Panzer IV hulls as the Möbelwagen and Wirbelwind (yes, we are before you ask!). 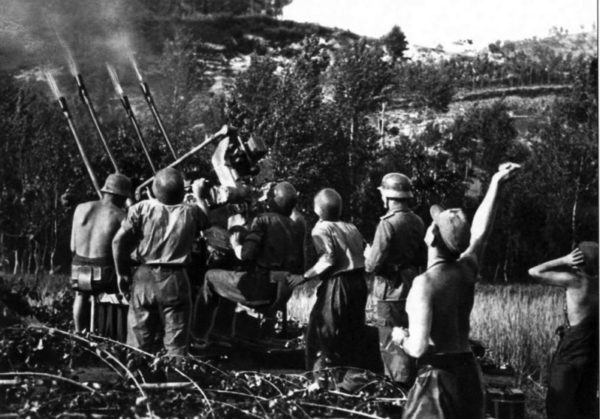 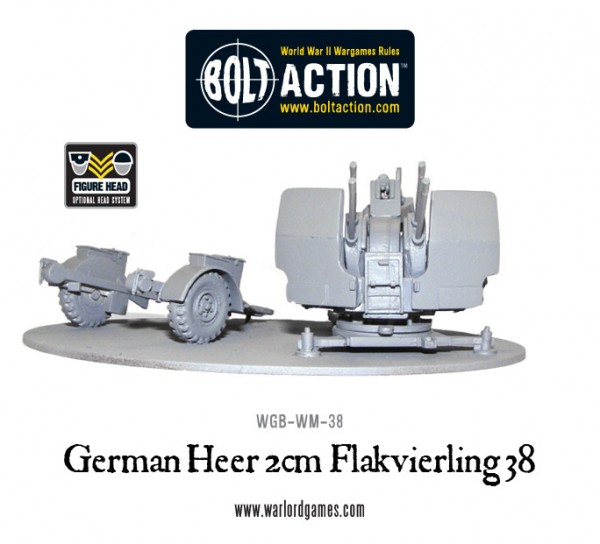 The Flakvierling was put to good use in static positions and on armoured trains. The Kriegsmarine fitted the quad AA guns to their U-Boats and ships as short-range anti-aircraft defence as well as around harbours, ports and other key naval installations. 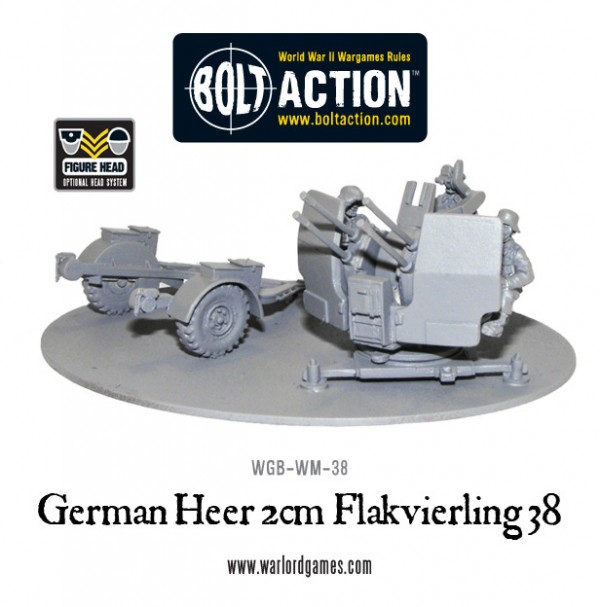 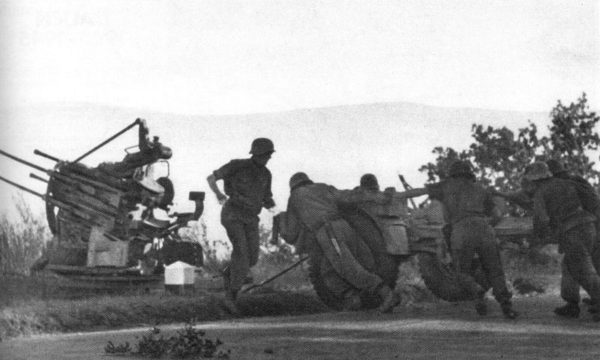 This great new model comes with three German Heer crew – each with separate Figure Heads.  We’ve also included the towing trailer as it would be rare to see a Flakvierling without it’s means of transport. As you can see from the photograph above, the Flakvierling was also to be seen without the protective shields and we’ve produced the model so you can leave these off if you so desire. 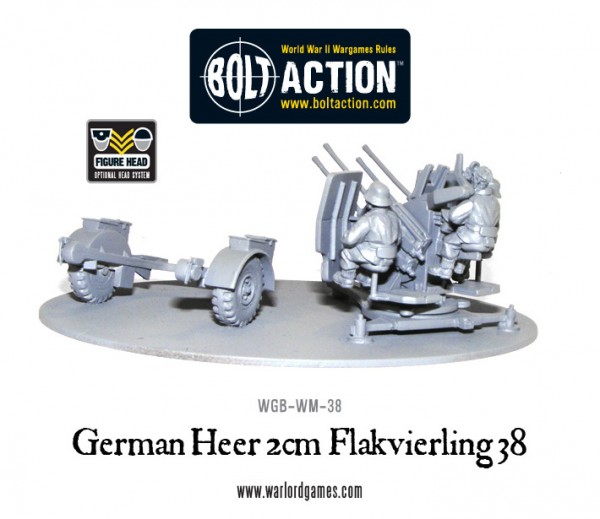 Expect Fallschirmjäger and Waffen-SS crews in the not-too-distant future. In the meantime check out this video of the gun in action against ground and air targets here: