Not content with driving deep into the heart of Poland it would seem John Stallard, owner of Warlord Games, has been expanding his Blitzkrieg Germans with a platoon of the iconic german motorcycle troops (Kradschützen).

These fast troops helped to speed up the advance, using side roads or a break in the enemy line to roar on through and either report back, raid the enemy’s lines or seize and hold vital points e.g. bridges and train stations, for the advancing panzers. Most countries used motorcycle troops, but it was the Germans who arguably used them to their best ability, using the metalled roads of Europe to move rapidly around enemy forces. 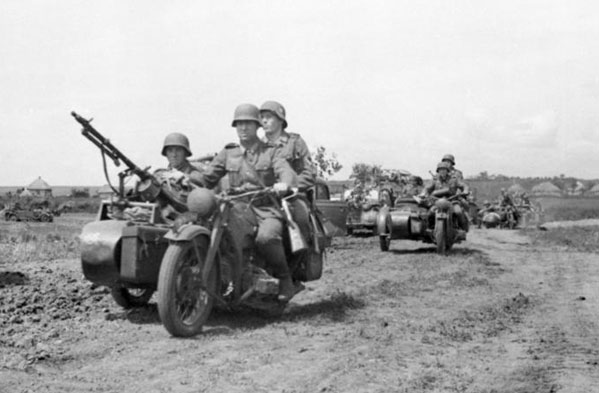 Kradschützen were frequently accompanied by armoured cars as the motorcyclists were vulnerable to small arms fire and heavier. The troops soon learnt to either turn around quickly and avoid fire or to dismount swiftly, much like cavalry fighting a dragoon action, i.e. mounted infantry. 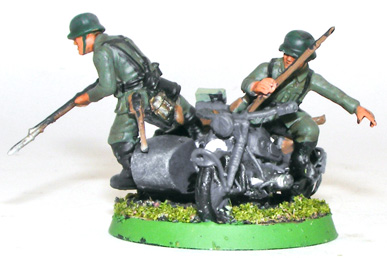 That is not to say that they did not pack a punch. With three men to each combination, all rifle-armed a unit of five, such as I am fielding will put some shots down on the enemy. Two of the bikes have MG34s to give some punch and in every German Kradschützen platoon they seem to have carried a 50mm mortar, so I have included one of those too! 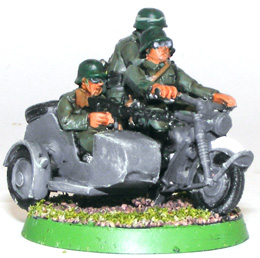 The Warlord Games motorcycle is a bit fiddly to glue together, but once you have one done the rest are easy. I have added lots of crew from the Bolt Action German plastic infantry boxes sets, and enjoyed very much cutting and bending them about to cram them into sidecars or leaping from the saddle rifle in hand. I cut down the gaiters on them and painted them as the earlier jack boots. I also modelled up an NCO with MP38/40 and an officer with pistol. 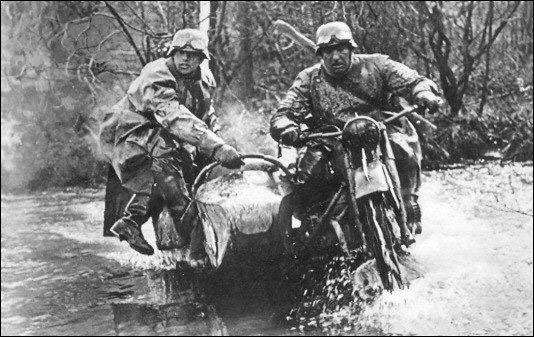 These brave boys will not be spearheading my attacks but moving quickly up the flanks, off table, to appear in the enemy rear and flanks, to grab objectives and sort out pesky mortars and field guns. I cannot wait to see what they can do. 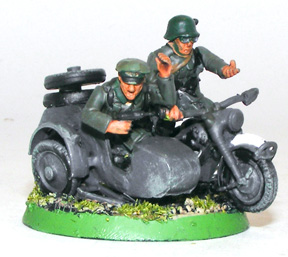 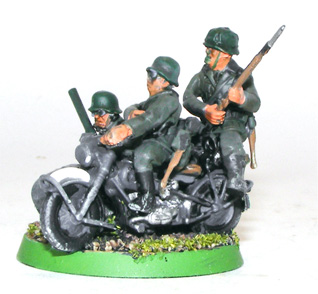 If you want to have a crack at converting your own Kradschützen, or just using the model as it comes, you could do a lot worse than picking up a set of our plastic German infantry and the German motorcycle and sidecar combination below… 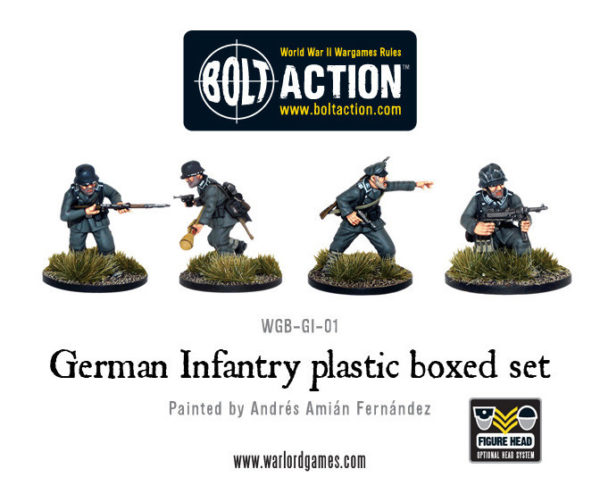 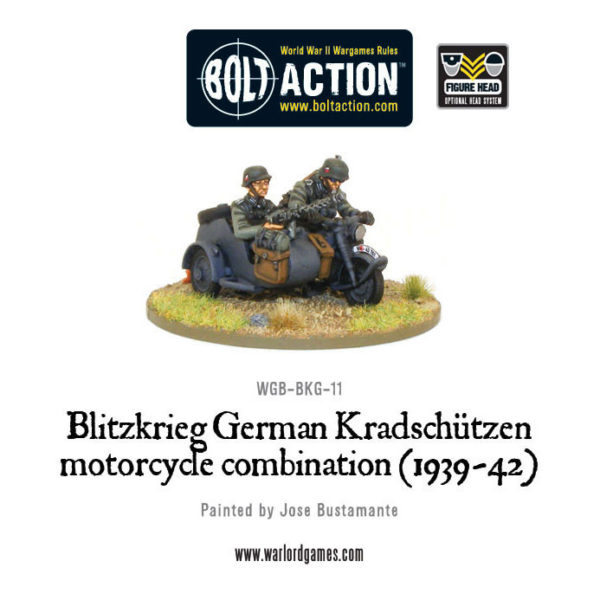