Following our extremely popular first releases of waterslide decals for vehicles in our Bolt Action game, we now have a new batch for you – this batch are for use on your poor bloody infantry… 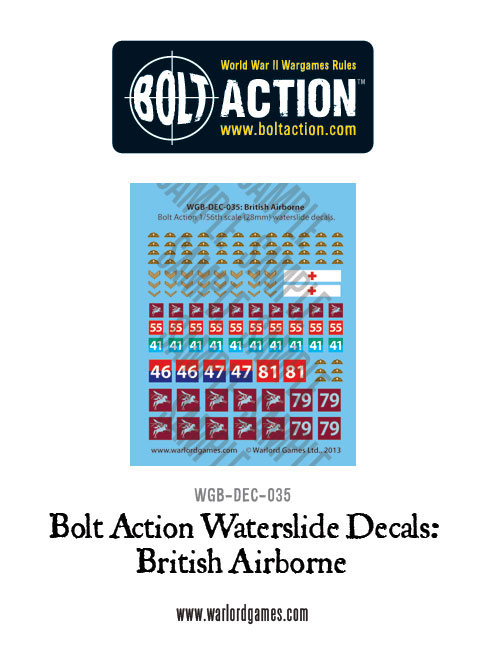 In addition to the insignia for your troops the British Airborne sheet also includes arm of service markings and the famed Bellepheron badge for Airborne vehicles and guns. 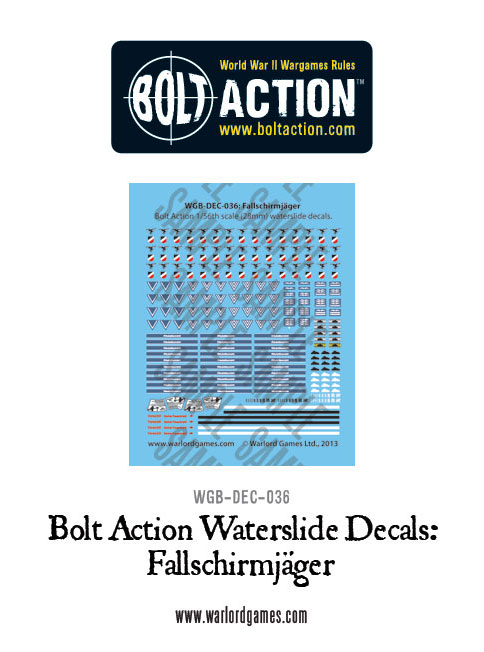 The Fallschirmjäger sheet not only covers helmets decals and rank insignia, but also includes decals for panzerfausts as well as a number of ‘kill’ marking to adorn armour and guns. 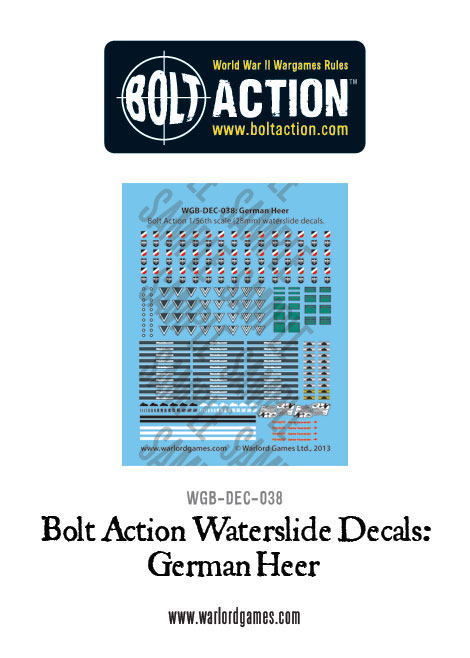 Similarly, the German Heer sheet includes helmets decals and rank insignia as well as panzerfaust and ‘kill’ marking to adorn armour and guns. Cuff titles are also added on this sheet. 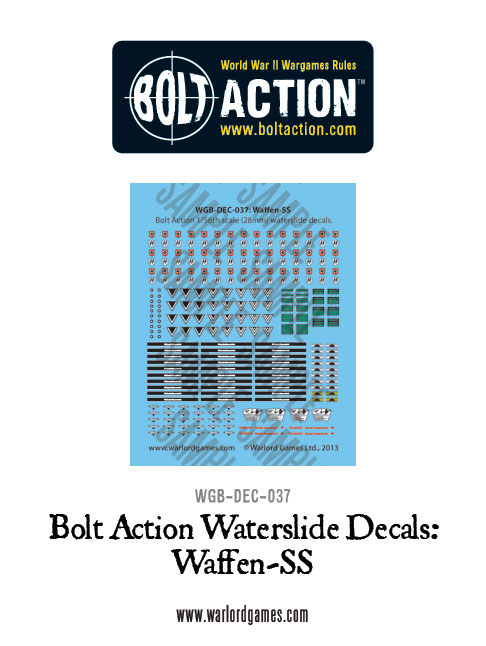 The Waffen-SS sheet contains helmets decals, rank insignia, markings for panzerfausts as well as a number of ‘kill’ marking to adorn armour and guns. Warning! As you can imagine, the Waffen-SS sheet holds the much maligned swastika symbol and SS runes – we know some of you would rather not cast your eyes on such symbols – if that’s the case, please steer clear of this sheet! 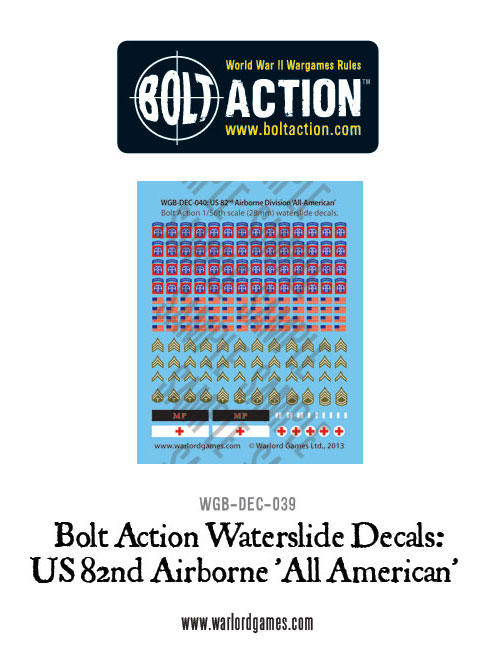 The US 82nd Airborne decal sheet has everything you’ll need to field these elite paratroopers – divisional symbols, Star and Stripes shoulder badge and rank insignia. 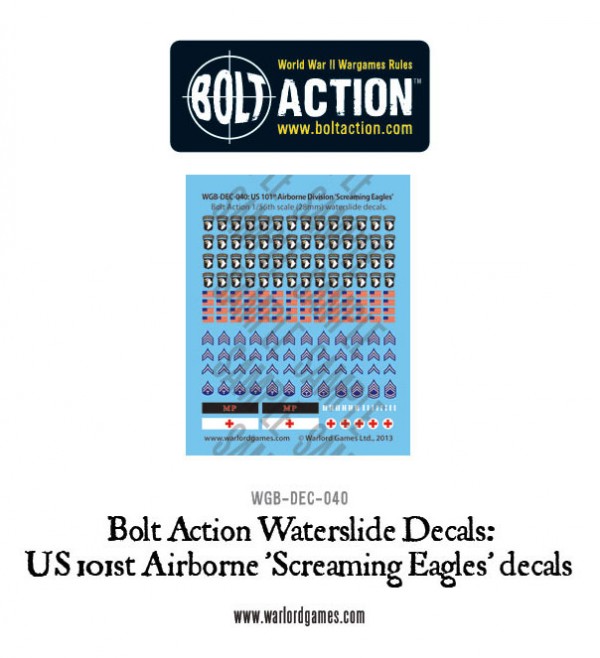 The US 101st Airborne were immortalised in the Band of Brothers TV series, so you won;t be too surprised that the famous screaming eagle divisional symbol is prominent on this sheet along with the US flag shoulder patches and rank markings 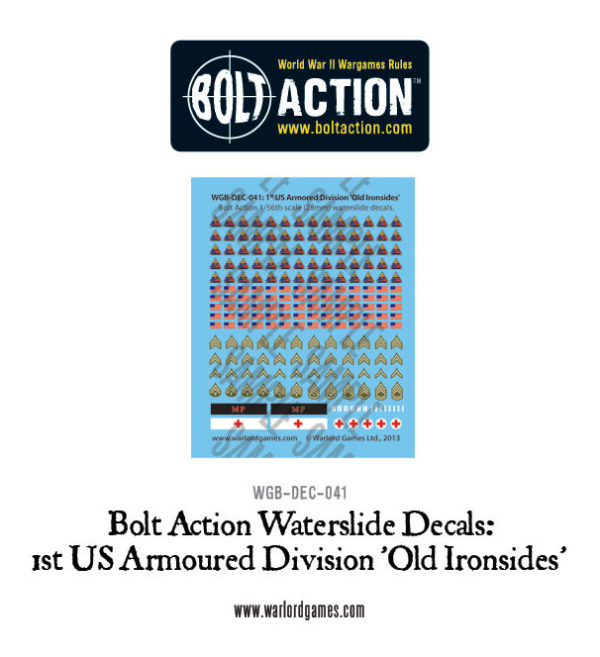 Whilst the ‘Old Ironsides’ 1st US Armored Division sheet is designed specifically for that division, it is also good for use with other US Armored Divisions as is or, if you are a perfectionist, you can simply cut off the bottom bar on the divisional symbol. Either way, this sheets gives you the elite of the American armoured formations! 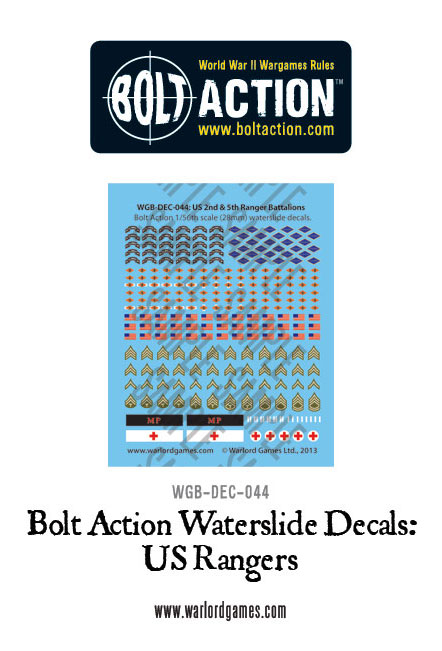 Anyone who has seen the movie Saving Private Ryan will be familiar with the elite US Rangers. Tasked with hitting the battlefield first and paving the way for other formations, the US Rangers are an elite body of men whose countless actions are stuff of legend. Rangers lead the way! 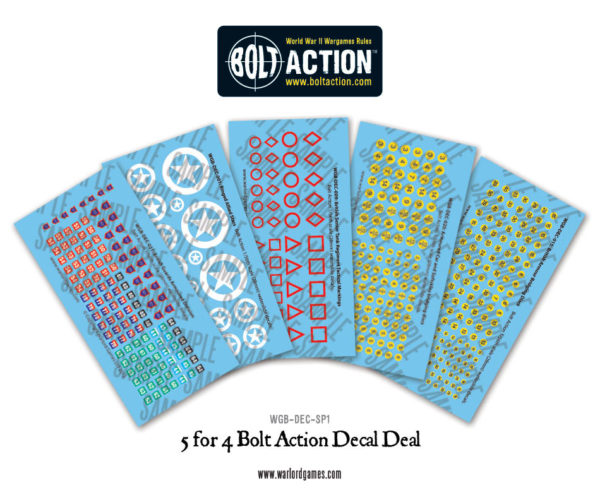 If you like these you should check out the great five for four deal we have just made available on our larger vehicle decals which can be found here.