This week sees the introduction of a much anticpatd set of mainitures as we begin to release Conquest Miniatures’ Comanche Indians! 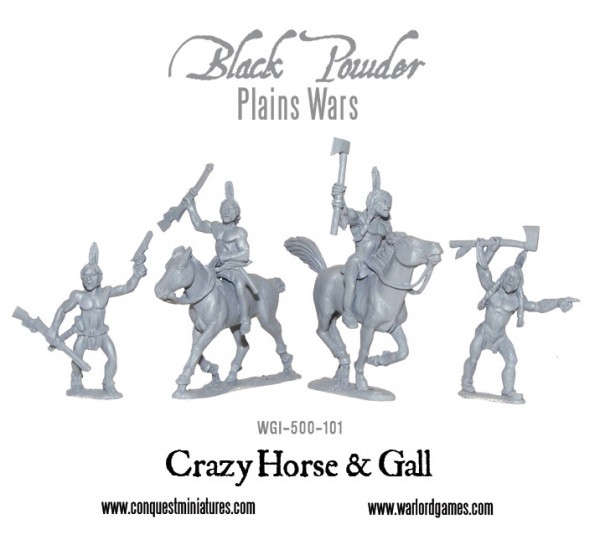 Crazy Horse was a Native American war leader who took up arms against the U.S. Federal government to fight against encroachments on the territories and way of life of the Lakota people, including leading a war party to victory at the Battle of the Little Bighorn in June 1876.

Born around 1840, Gall was said to receive his nickname after eating the gall of an animal killed by a neighbour. He grew to be a giant of a man weighing close to 300 pounds.

Recognised as an accomplished warrior during his late teens he became a war chief in his twenties leading the Lakota in their long war against the United States. He served with Sitting Bull during several battles, including the famous Battle of the Little Bighorn in 1876. 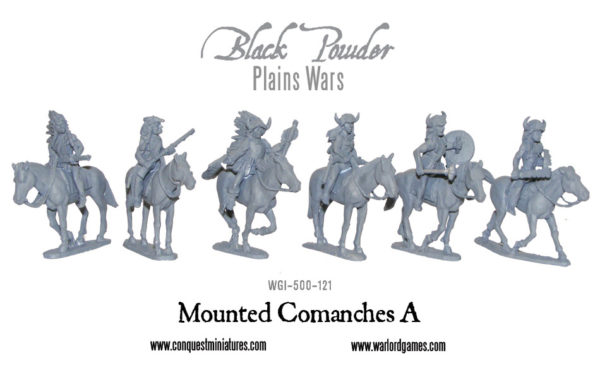 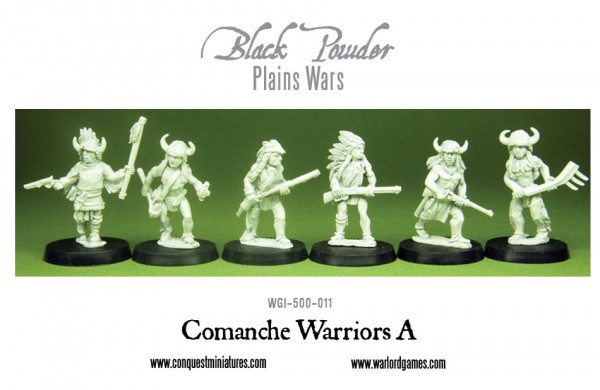 The eagle-eyed amongst you will notice that the foot models are mirrored on horseback, so you can field mounted or unhorsed version of the same model!

There are more Comanches to come in the future, so now’s the time to get painting!