We’ve received a startling number of requests to make the Figure Heads from our Waffen-SS range available separately. So, whether you’re looking for even more variety in your SS army, want to use them in your Heer force or are looking for a specific head for your tank crew we’re delighted to fulfil your wishes, just click an image and you’re off! 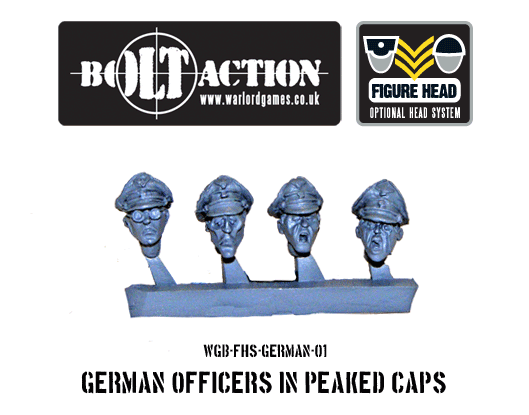 Our officer heads are all wearing the peaked cap. There were designed to resemble the preferred way of wearing these in the field with the stiffening wire removed.  If you prefer your officer can wear a helmet or cap but nothing says ‘officer’ like one of these ‘crusher’ caps. 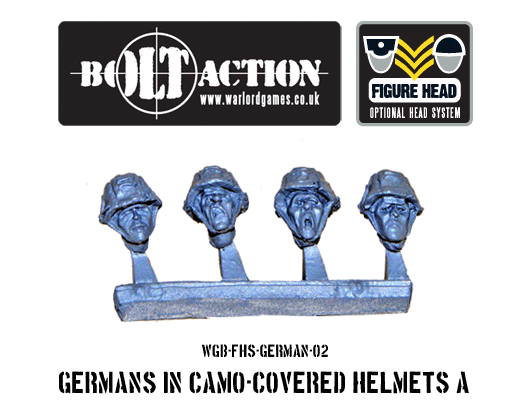 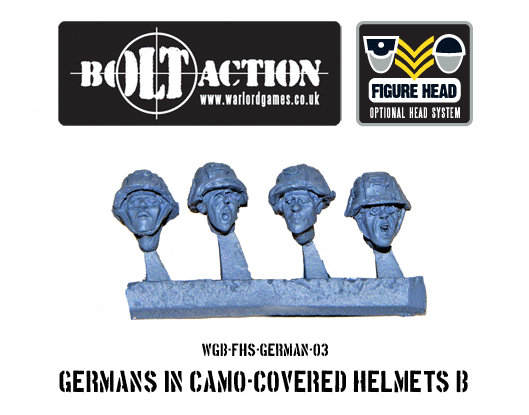 During much of the war the German soldier would wear a helmet cover over his stahlhelm. These would be printed in a camo pattern dependent on the arm of service the soldier belonged to.  The covers also had fittings to take foliage and further enhance the soldier capacity to blend into his surroundings. 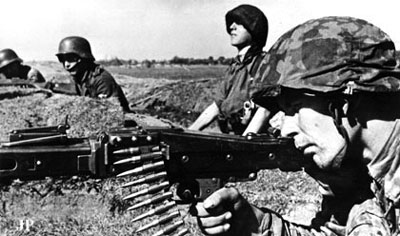 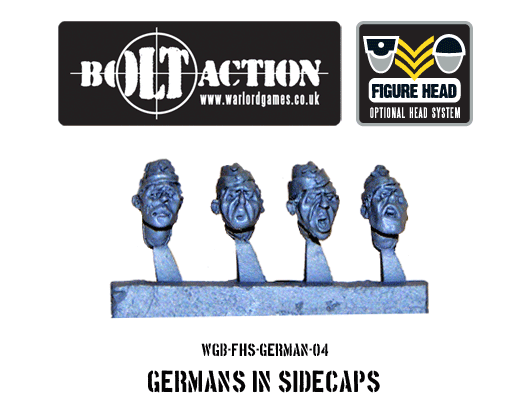 A preferred piece of headgear when not in the front line, the side cap was introduced primarily to Heer units in 1934 and worn throughout the Second World War. 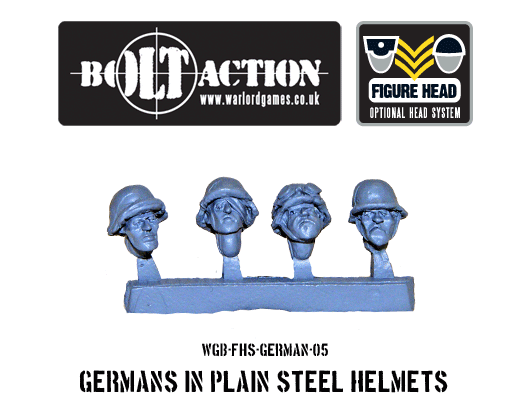 The good old Stahlhelm. Nothing says German Soldat like the plain steel helmet.  Whether you were in the Heer, Waffen-SS, Polizei or Luftwaffe Field Divisions , the ‘coal scuttle’ helmet would be widely used. 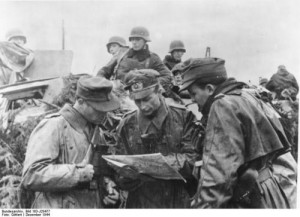 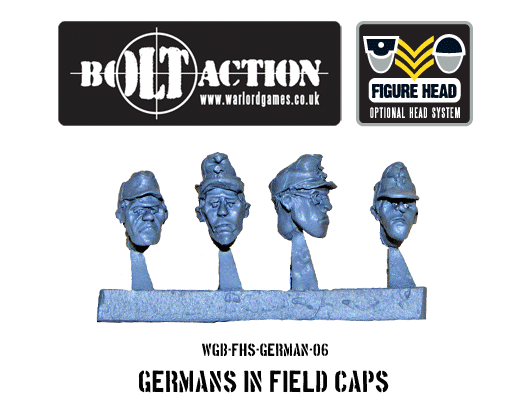 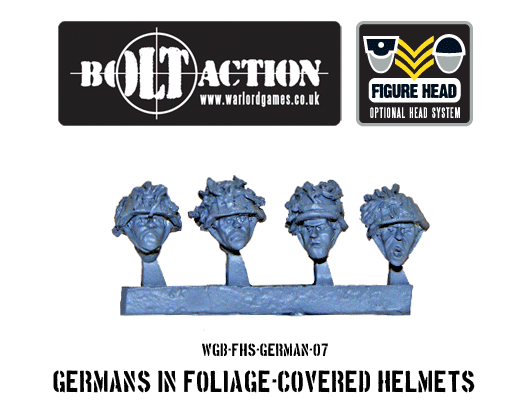 As already mentioned, the camouflage-covered helmet covers had various fittings to take foliage and thus help conceal the wearer in the battlefield. This tactic saw widespread use especially during the fighting amongst the bocage in Normandy. 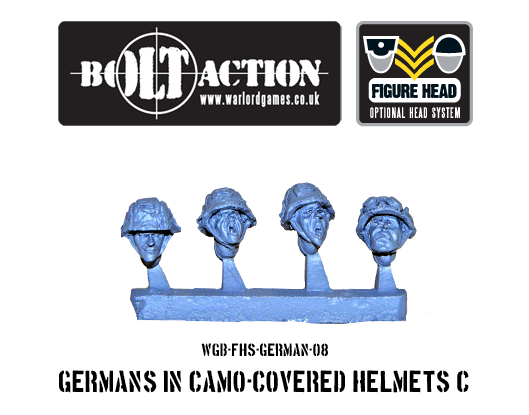 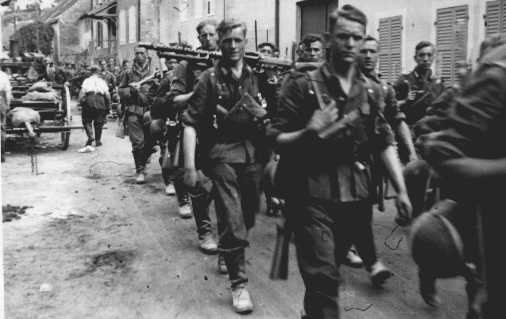 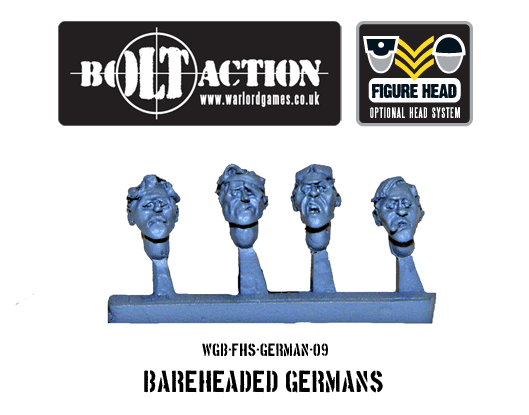 With their distinctive, floppy, haircut the German soldier was easy to recognise with our without headgear.  These heads will give your drivers,  tank crews, etc a new look and are also good for use in ‘pulp’ games, if that’s your thing. 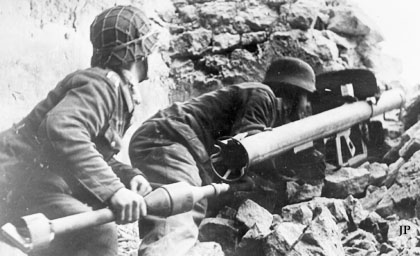 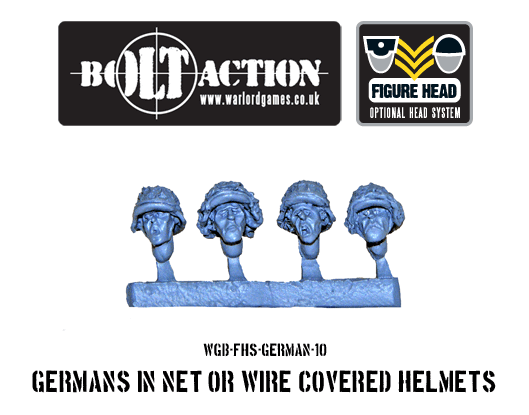 If a camo cover wasn’t available the enterprising German solder would cover his steel helmet in chickenwire or rope netting. This helped to break up the outline and shape of the helmet to prying eyes as well as providing a great anchor for foliage to be attached.