Thundering in on armoured steeds, the Sarmatian heavy horsemen are here! Providing shock cavalry for your Dacian army or acting as Auxiliary Cavalry in your Roman army these riders will make a mess of most things in their path… 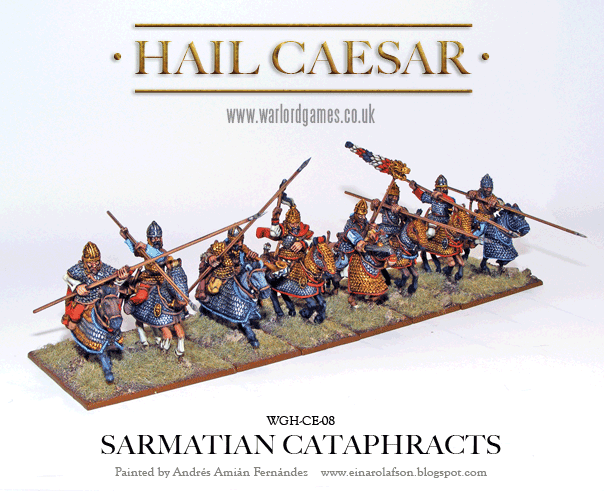 When the Roman armies crossed the Danube and clashed with the tough Dacians of present day Romania they may not have counted on them bringing along their warlike allies, the Sarmatians. The Sarmatians seem to have become staunch friends of the Dacians, and together they proved to be a formidable opponent. 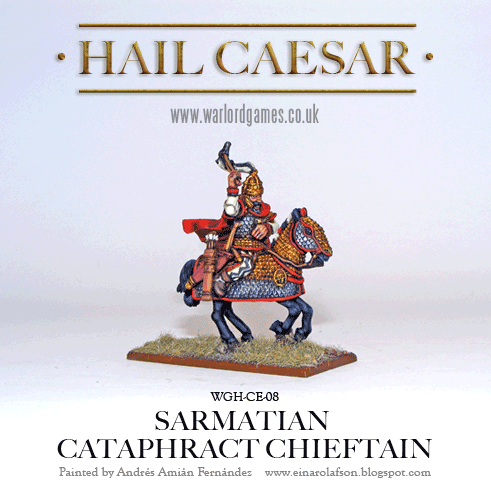 Their primary military arm was their cavalry, which they employed by the thousand. Most effective of all was the cataphract, a warrior clad in a full armour from head to toe and riding a strong horse which itself was well protected by skirts of leather cloth and armour.This armour was commonly called scale mail and could be made of iron, bronze or indeed horn. 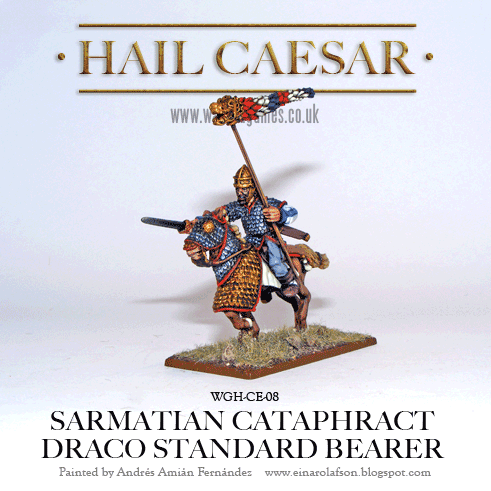 They fought in massed units, using the Kontos, a wicked long spear wielded with both hands to skewer their opponents and secondary weapons included maces and, especially, long swords. 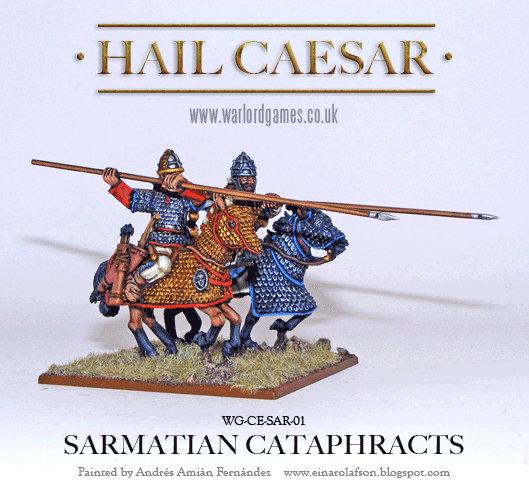 Supported by fearsome horse archers, some of whom were warrior women, they were a mobile and hard hitting foe, evading where possible the less mobile Roman marching columns until conditions favoured their style of attack. 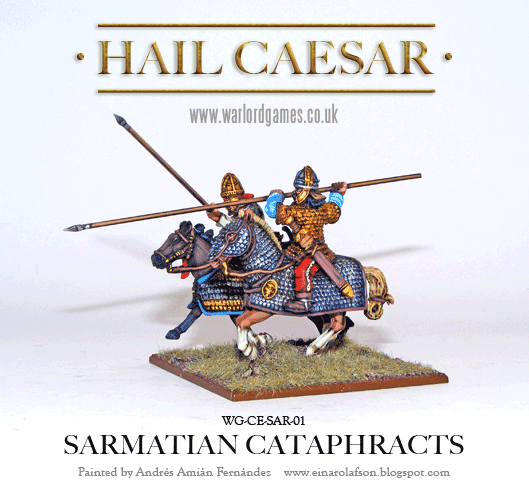 Warlord’s Sarmatians catch the wild look of these hard riding cavalry; woe betide you enemies when they break from their trot to a full charge!

You can pick these models up as a regiment here or as support here. We’re too good to you…

Plenty of other recent Dacian releases for you to snap up and save on shipping. Scroll down and have a look… 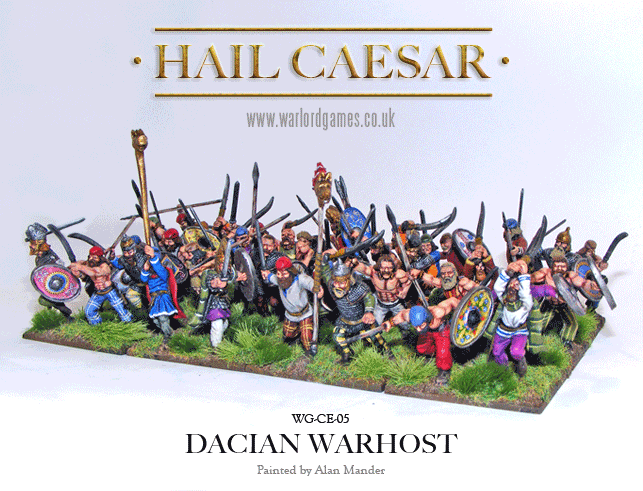 Warlord Games’ Dacian War Host appear as they would to a Roman commander, ranked up behind their well-equipped and richly dressed Chieftain. They are fighting under the billowing draco standard and driven to fever pitch by the rasping, bellowing sound from the long-necked carynx horn. Inside each box you’ll find:

Get your Dacian force started with a Dacian Warhost boxed set today! 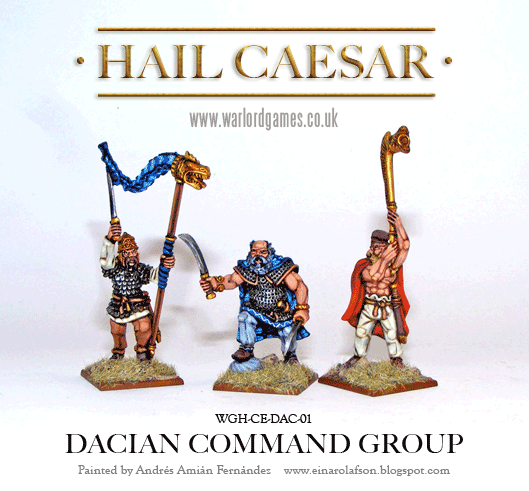 Here’s a pack of command elements to add to your exisiting Dacian forces – a standard, musician, and chieftain.

The all new Dacian Command Pack is ready to buy in our webstore! 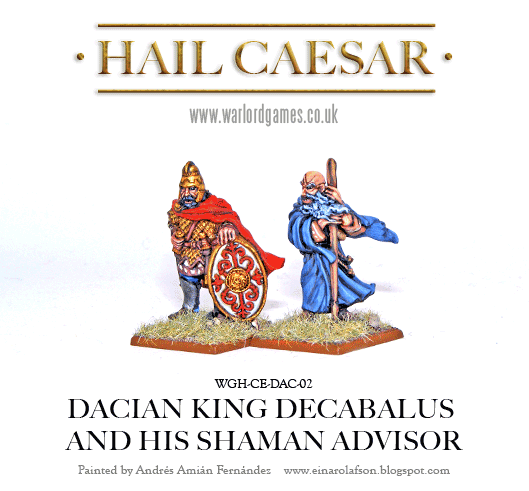 When merely fighting for the ideal of your king isn’t enough, summon him to battle. Pop these models on the table and watch your Roman opponent think twice above sounding the advance…

Decabalus and his advisor can be yours today by clicking here! 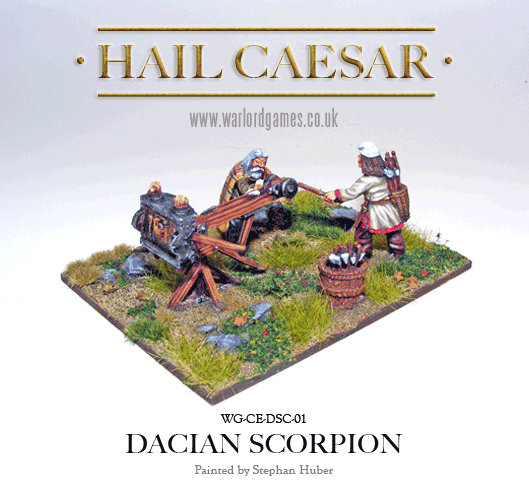 Add one of these great war machines to your Dacian armies. We have modelled to crew to be in mid firing and reloading and will make great addition into your Warhost. Fair’s fair! – repel the Romans with a war machine of their own design, the deadly Scorpio!