French commanders rejoice – your salvation is at hand! These tanks will help you to drive the Boche panzers from our homeland! Remastered and re-released in resin, these French tanks are once again available in the Warlord webstore.

The Char B1 bis was an upgraded variant of the Char B1 with thicker armour and an APX4 turret with a longer-barrelled (L/32) 47 mm SA 35 gun, to give the tank real anti-tank capacity. It was the main production type from 8th April 1937 until June 1940. 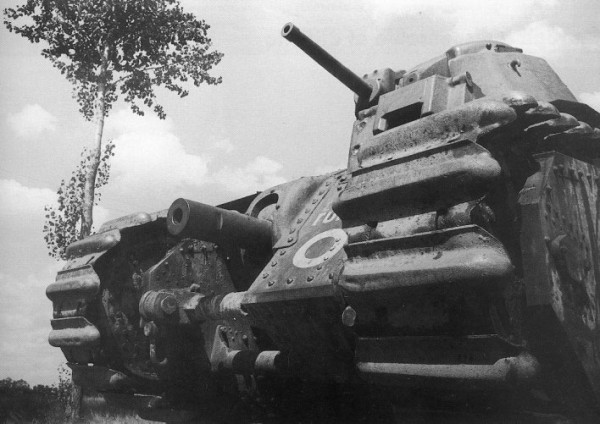 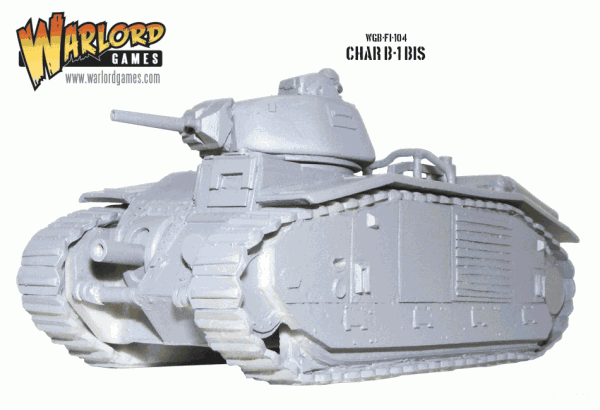 The B1 bis was designed as a break-through tank, with trench crossing capabilities as the French Army believed that future campaigns would be decided by dislodging the enemy from key front sectors – the experiences of the Great War only two decades earlier influenced French thinking heavily. 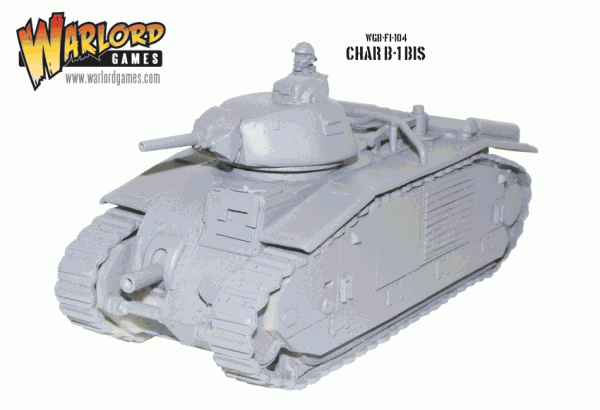 With the fall of France the victorious German invaders captured plenty of Char B1 bis tanks and put them to good use in their own forces under the nomenclature Panzerkampfwagen B-2 740 (f). Several were also converted into flammpanzers.

The Char B1 bis is now a predominantly resin model and comes with a French tank commander model with separate head. You’ll see French tank crew being released by us in the not-too-distant future… 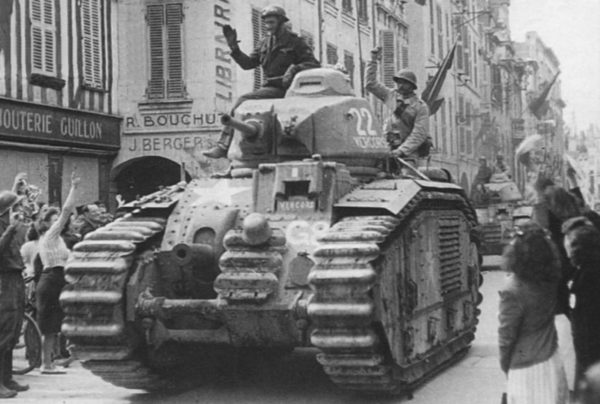 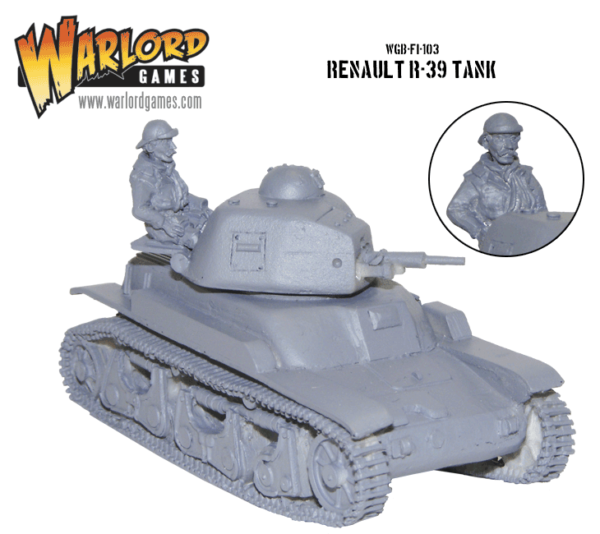 The R39 is a variant of the Renault R35 but armed with the heavier 37mm SA38 L/33 gun allowing it to operate in an anti-tank capacity.

The model comes with a tank commander and is based on the standard R35 hull. 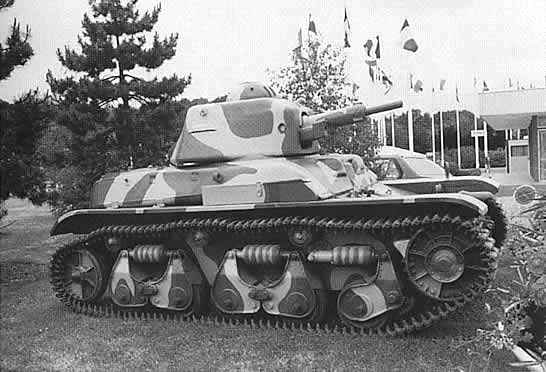 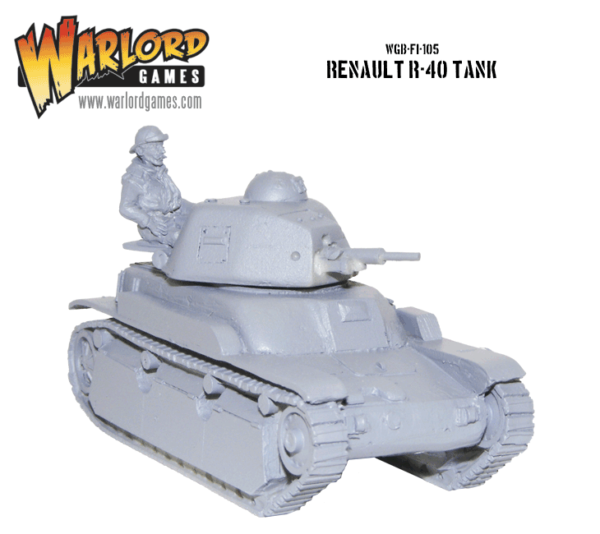 The Renault R40 or Char léger modèle 1935 R modifié 1939 was  an improvement of the Renault R35, of which it is often considered a variant. The main improvement was the suspension, which was influenced by that on the early Char D1 and D2 designs. 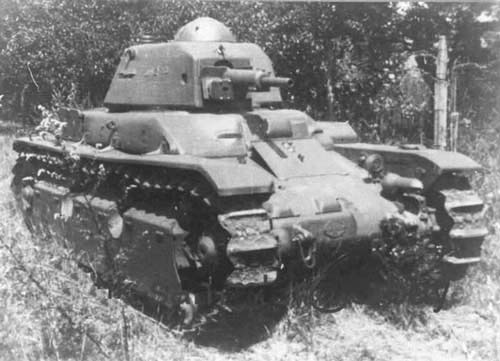 Whilst predominantly serving with French untis, the R40 also saw service as part of the Polish 10th Armoured Cavalry Brigade in 1940, so this new vehicle should appeal to Polish players too! 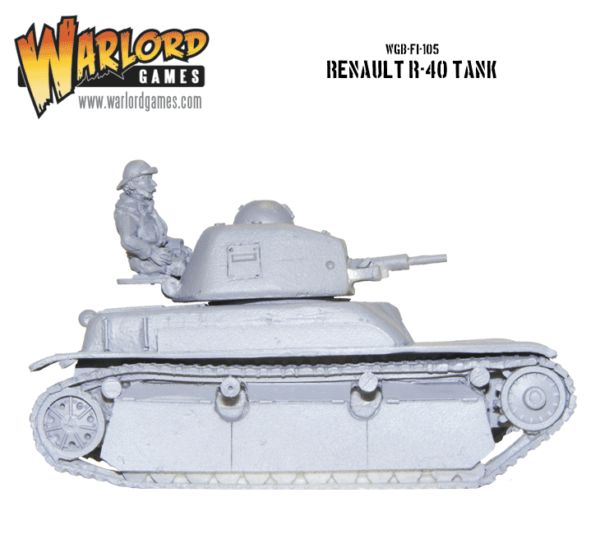 Also available are the R35 and the R35 platoon deal – designed to save you a few Francs! 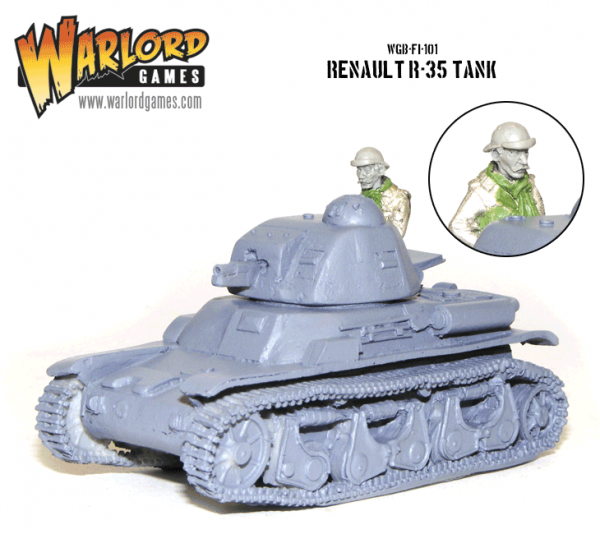 And don’t forget the distinctive P16 Schneider halftrack which can be bought singly or as the P16 platoon which, again, saves you some of your hard-earned cash. 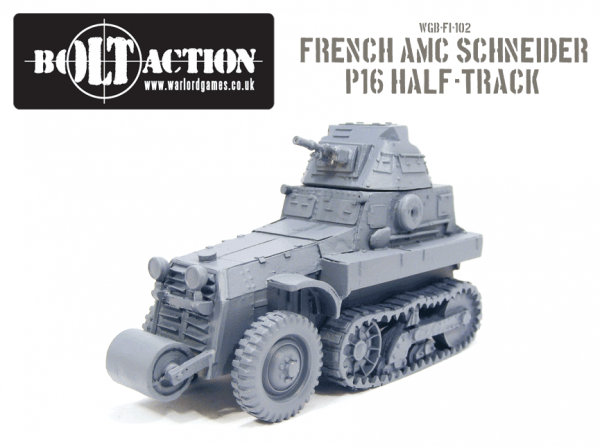