Following the release of Warlord sculptor Wojtek’s, Dwarf fantasy footballers (The Sister Sledgehammerers), our diminutive Polish putty-pusher has more fantasy nonsense for you! This time it’s a set of rather spiffing Dryads. 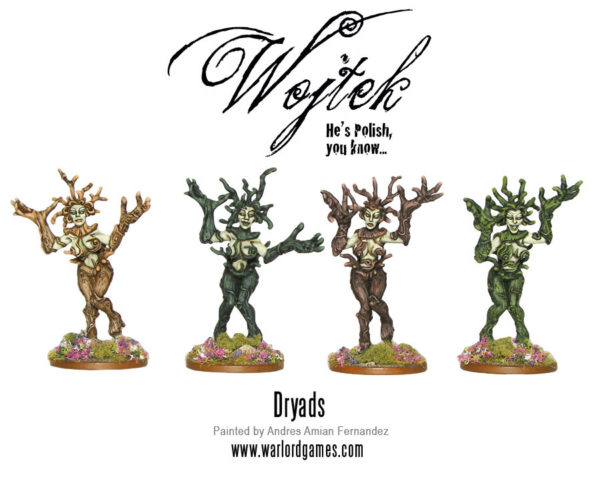 You never see bees in fantasy games and so, without bees to pollinate them, lady trees have to take matters into their own hands when finding a mate. Our Dryads have pulled themselves out of the ground and are looking for their ideal soul mate, a quest that has so far proved unsuccessful as most male trees just want to stand around with their friends all day discussing how much better things were in the old days. As you can see the Dryads are none too impressed with this… 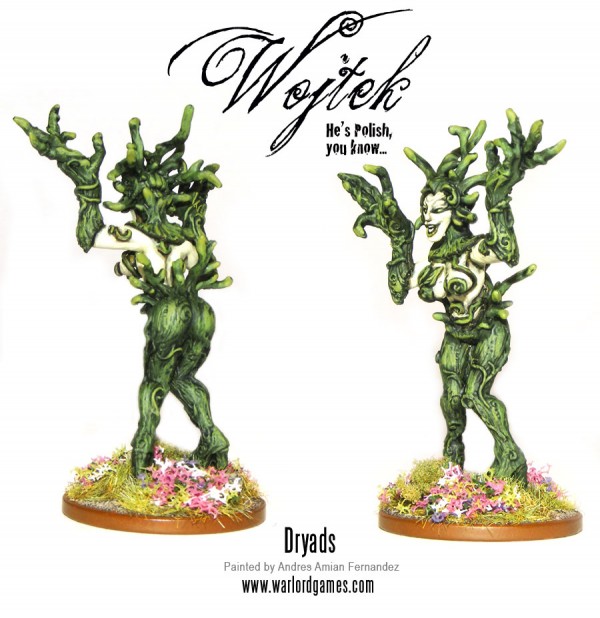 Of course you could just use them to represent ferocious forest spirits in your fantasy army.

These fantastic models have been sculpted by Wojtek, once again proving he has too much spare time in the evenings. They have separate legs, bodies and heads allowing for plenty of variation in your units. Available now in our store! 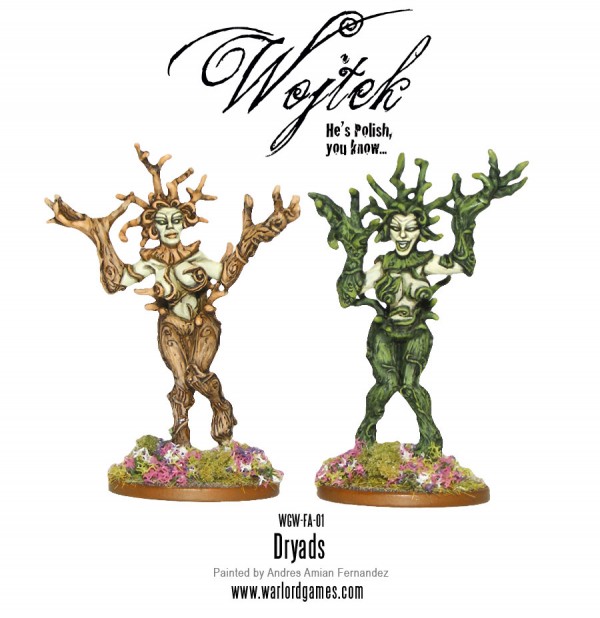 Don’t forget to check out Wojtek’s Dwarf Ladies Fantasy Football Team it is not to be missed! 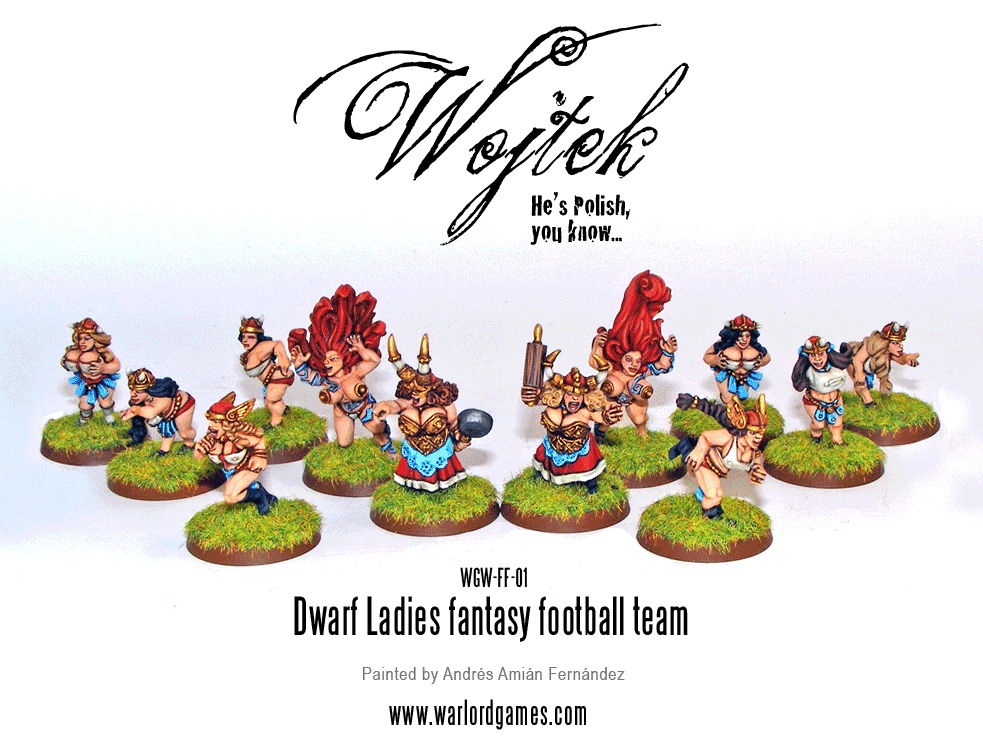 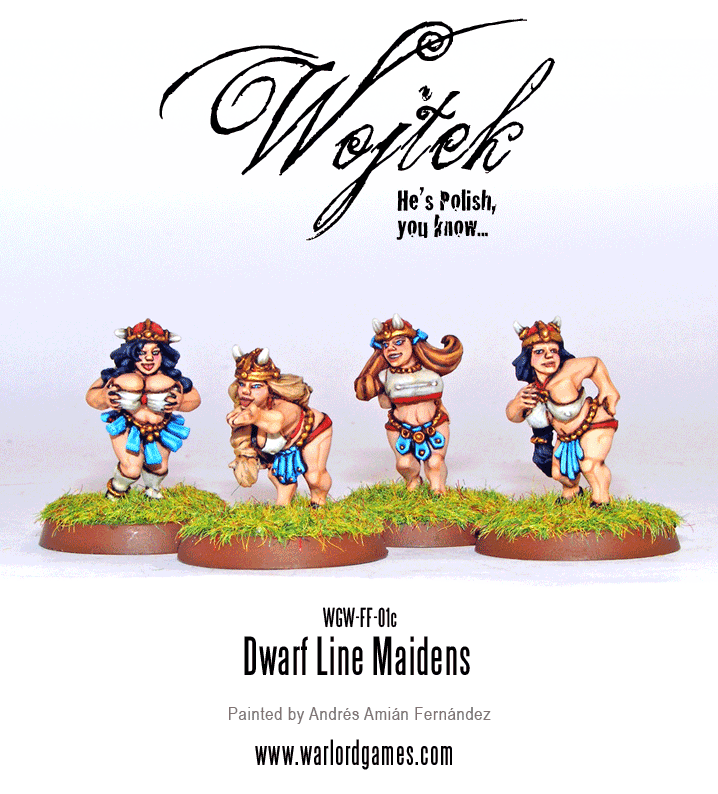 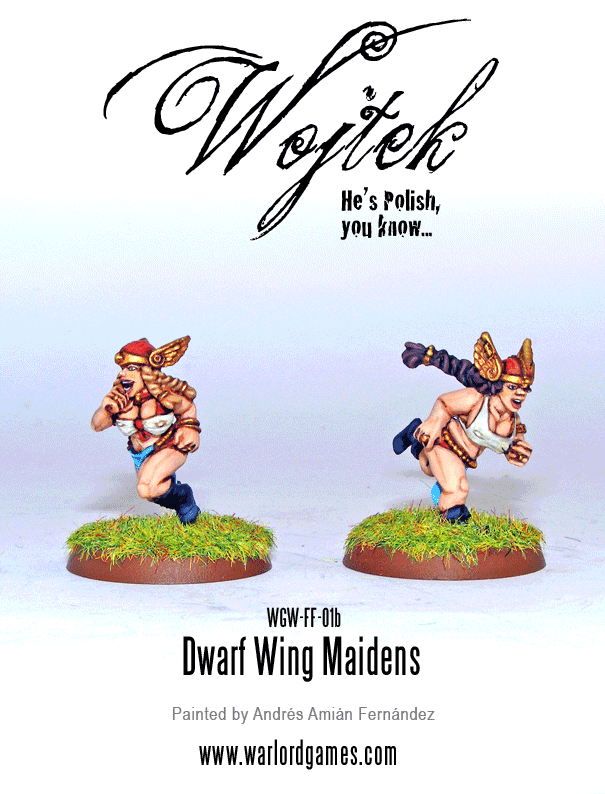 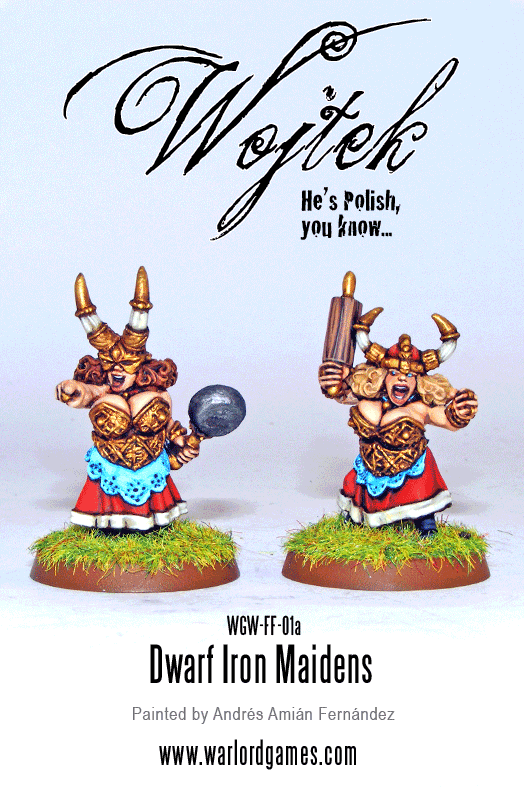 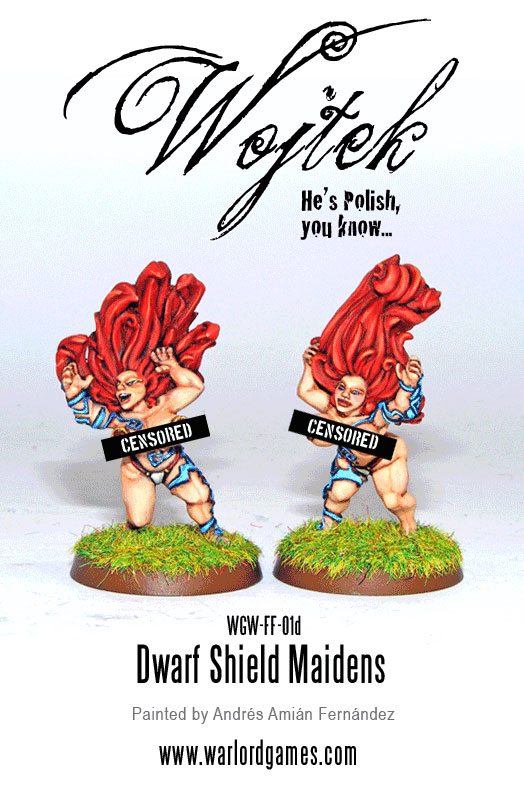