Providing support to the Australian ground troops is the new short 25-pdr and the PIAT and anti-tank rifle teams. 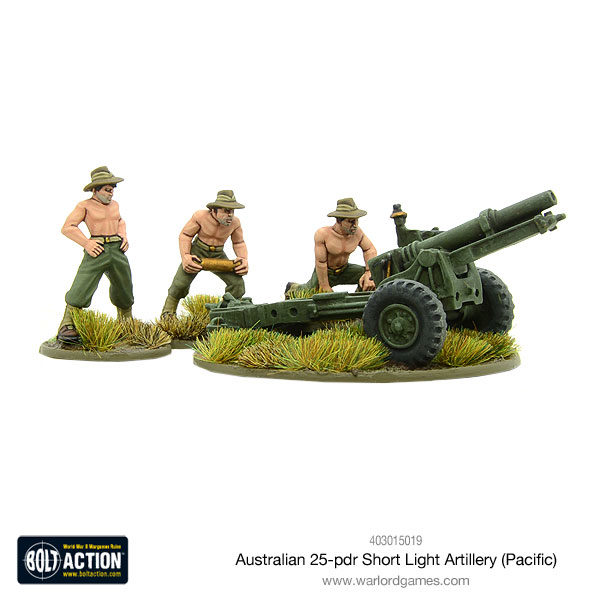 The ubiquitous 25-pdr was the standard artillery piece of the Australian Army in the Pacific Theatre, as it had been in the desert. The complete lack of roads and the dense jungle terrain encountered on the Pacific islands meant that deploying these guns was extremely difficult. 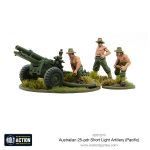 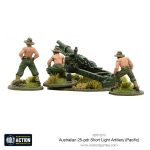 One solution was to modify the gun by removing the gun shield and shortening the barrel. These were known as the 25-pdr ‘Short’ and were 500kg lighter than the original, able to be manhandled and air-dropped. 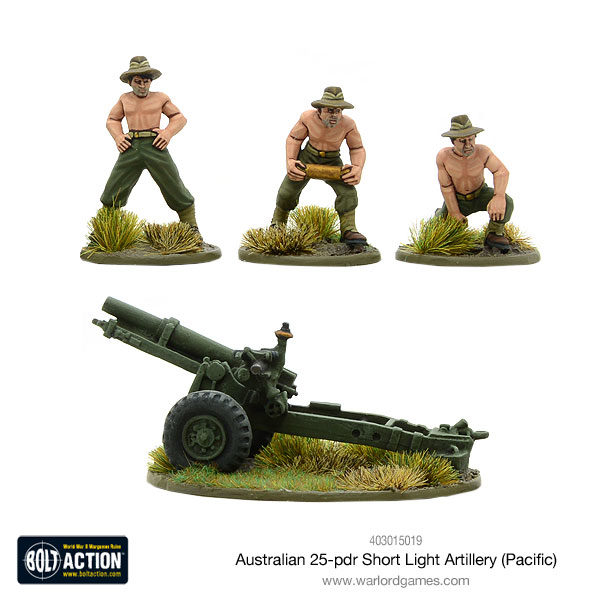 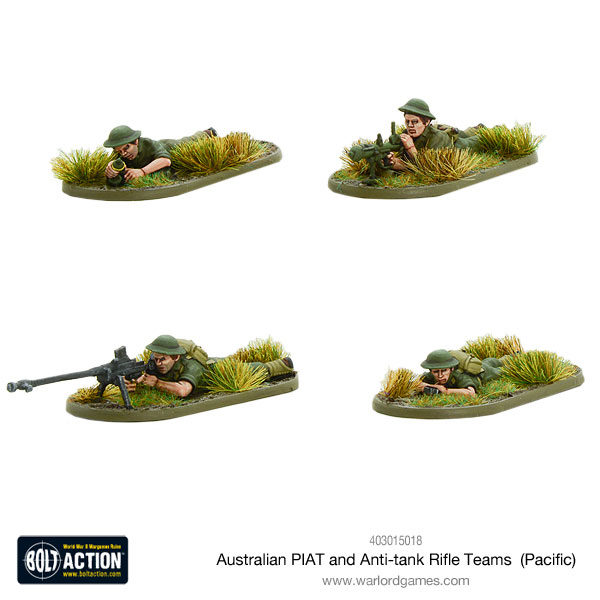 The Australian Army was supplied by Britain with the PIAT anti-tank weapon, but this saw only extremely limited use by the Australians, as the threat from Japanese tanks was minimal. The weapon found more use against Japanese emplacements as an improvised bunker-buster than the role it was designed for.

The AIF Divisions brought their anti-tank rifles back with them from the desert campaigns and did continue to find a limited use for them in the early battles against the rare sight of enemy tanks, or the more common use of firing them at Japanese bunkers. 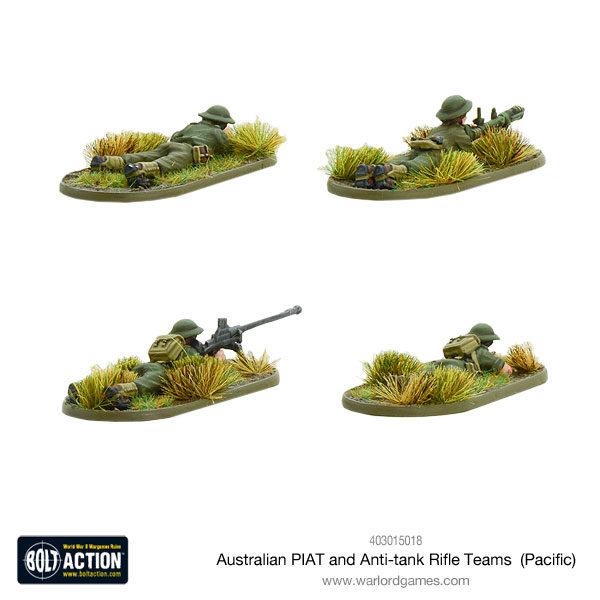 Gear up for your New Guinea campaign!