Setting up within the dense Pacific forests are the new Australian medium mortar team and medium machine gun team. 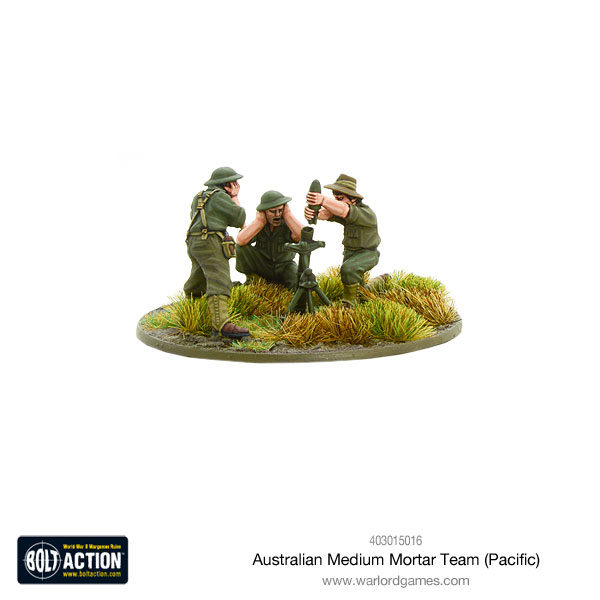 In most jungle operations the 3-inch mortar was the main, often only, form of artillery support available. 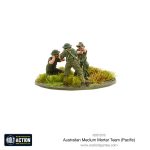 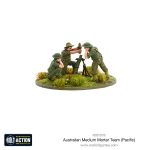 In the reorganised Jungle Divisions, from 1943 onwards, the number of mortars was doubled to include two full platoons of these weapons. 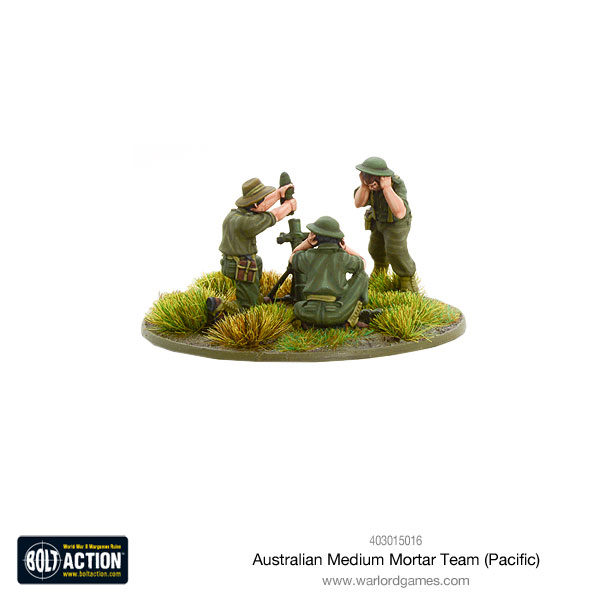 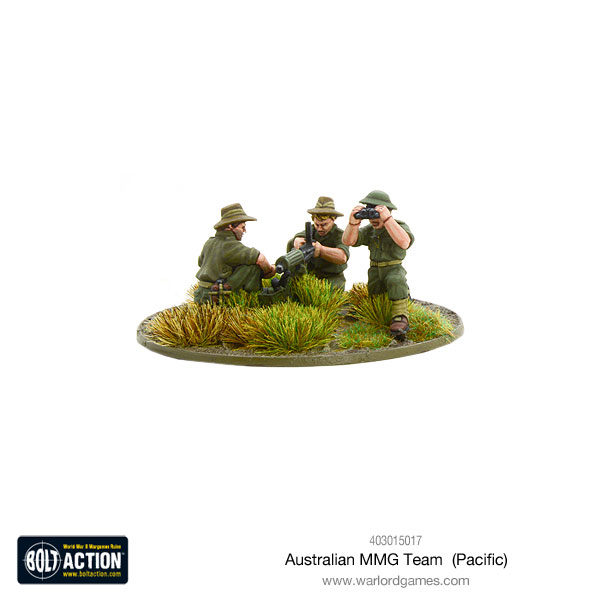 Initially thought to be of limited use in jungle warfare, the first campaign against the Japanese taught the Australians the Vickers machine gun was vital for pouring on firepower before assaults. 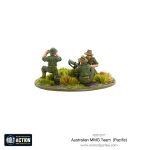 The perfect weapon for protecting the flank or holding a choke point. 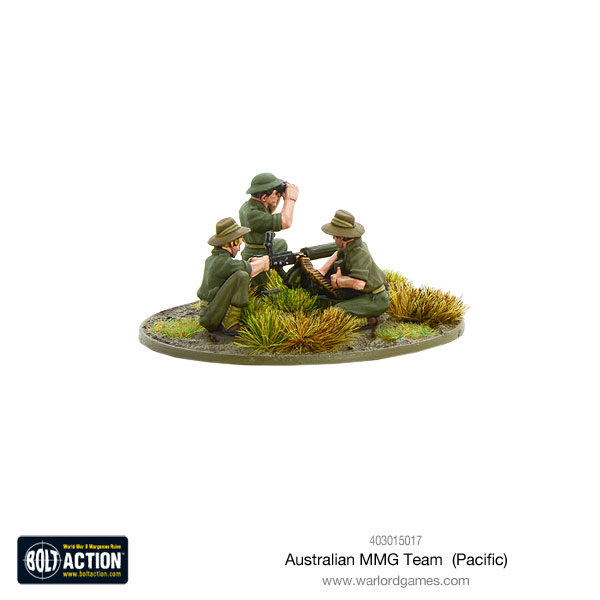 Start your fight for New Guinea!

Or collect one of everything – including the yet to be released jungle modified Matilda!