Leading the Australian forces into the heart of the enemy is the new Australian Officer team, with support from the new flamethrower, light mortar and sniper teams. 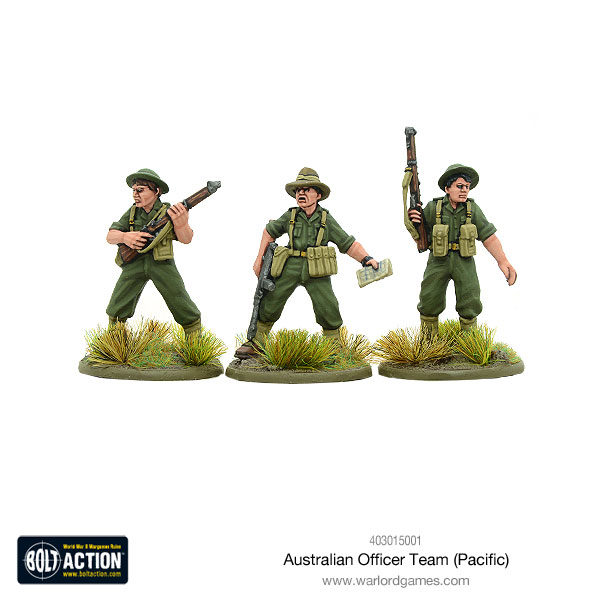 Many Australian officers who commanded militia units in the far flung corners of New Guinea and its surrounding islands were veterans of World War I but had spent decades in civilian trades. By 1943, most officers were either AIF veterans of the campaigns in the Middle East and North Africa or hard-pressed militiamen who had learned their trade on the front lines in New Guinea. 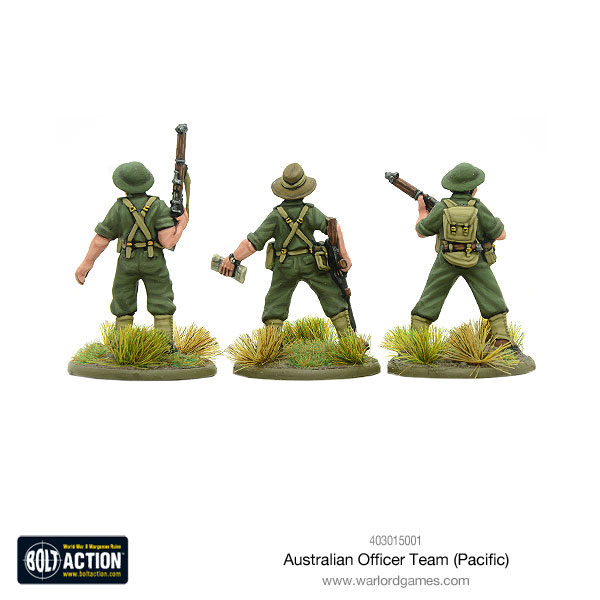 Warlord sculptor Steve Salah has pulled out all the stops to create a range of stunning & characterful miniatures. Complete your full Australian army for the New Guinea campaign, beginning with this fantastic HQ section of 1 officer & 2 rather tough looking NCO’s. 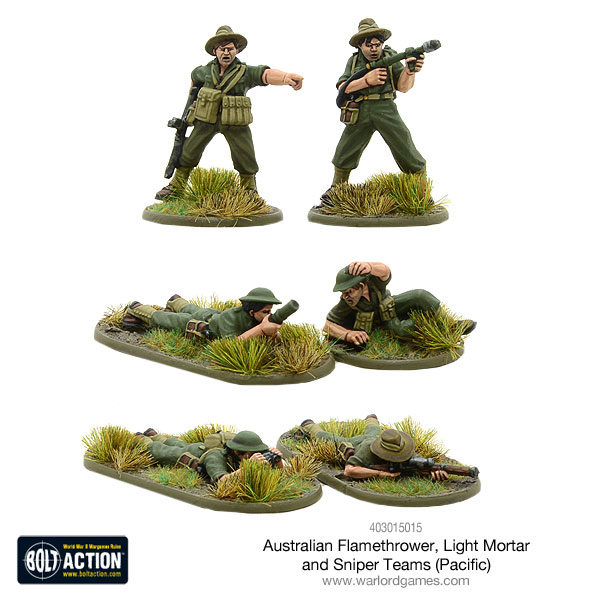 Australian snipers were not given much in the way of special equipment – or even scopes in some circumstances. Despite this, there were many successful sharpshooters amongst the infantry companies, many of them professional hunters in civilian life.

In early campaigns, platoons back from the desert retained their 2-inch mortar, but it was discovered they were less effective in this new environment as the thick jungle canopy meant the rounds often burst in the air.

The re-equipped Jungle Divisions were issued with limited numbers of US-made man-packed flamethrowers from 1944 onwards. These proved devastatingly effective at clearing out Japanese bunkers. 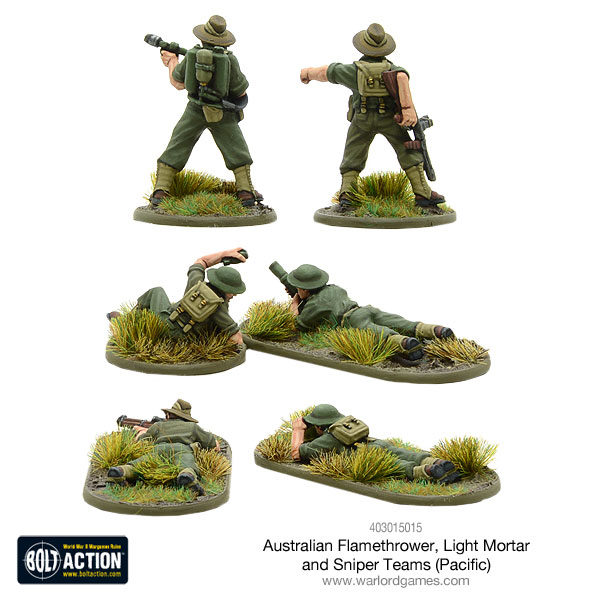