Forming the backbone of the Australian army in the Pacific is the new Jungle Division infantry section. 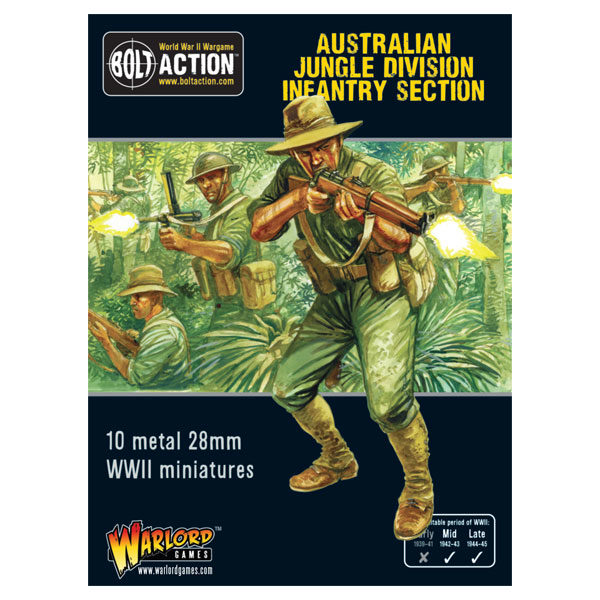 In early 1943, the Australian Army reorganised its militia and Australian Imperial Force divisions into a lighter version of the standard British Army organisation.

These new Jungle Divisions, had vastly more short-ranged firepower, 981 SMGs as to the previous 400, for instance. The lack of roads or open terrain saw the men of now unnecessary support, transport and anti-aircraft units reassigned to the rifle platoons. The number of field engineers was doubled to overcome the thousands of rivers needing to be crossed and to deal with Japanese booby traps. 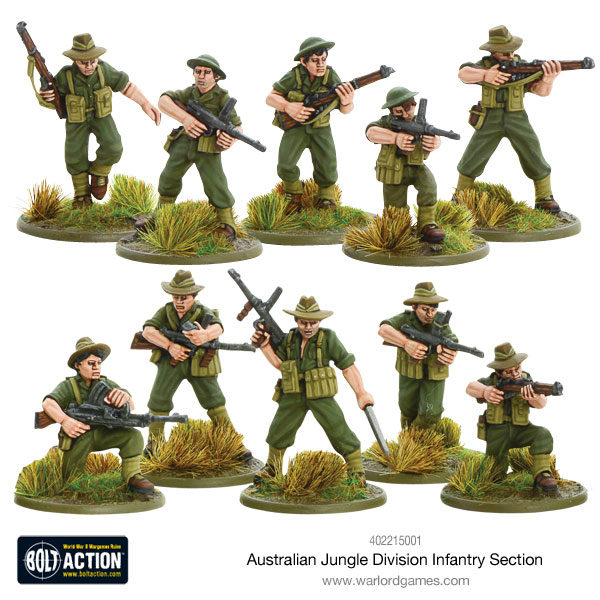 Or grab one of everything, providing plenty of choices to surprise your enemy with…