Outfit your NuHu commanders with two new drone swarms for the Concord and Isorian factions! These cybernetic companions can augment your NuHu’s abilities! 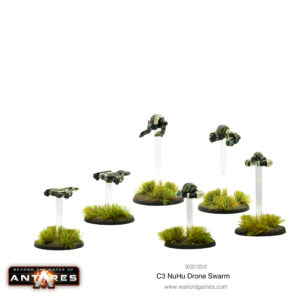 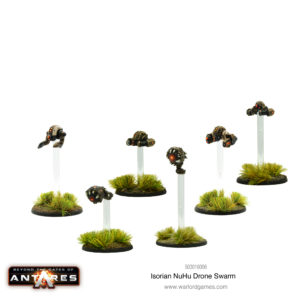 These new packs are designed to supplement your NuHu Mandarin or Senatexis, providing all the miniatures you’d need to outfit them with a full complement of buddy drones! In each pack, you’ll get a medi-drone, two spotter drones, a gun drone and two shield drones. 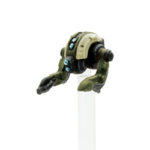 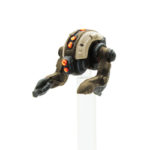 A medi‐drone is a mobile medical drone that is able to administer immediate care to the wounded. Medi‐drones are often included in units of troops, especially command units. 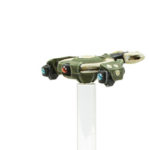 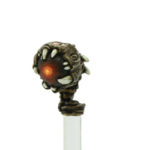 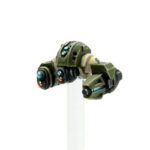 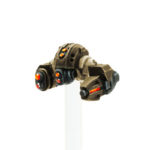 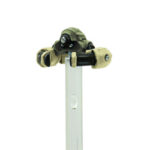 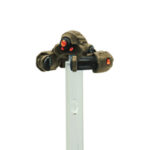 Shield drones are small, agile sacrificial buddy drones whose role is to protect the units they are with by intercepting enemy shots or blows before they can inflict any serious damage. They are almost always destroyed as a result of their efforts, but fortunately, they are created to be entirely cheerful about their fate and take their protective duties extremely seriously.

Find out more about these versatile cybernetic companions on page 110 of the Antares core rulebook!

The NuHu – a contraction of New Human – are physically unusual morphs, extremely tall, long‐limbed, with bodies that are slight or even frail. However, it is their considerable mental abilities that make them distinct from other humans. NuHu are extremely intelligent, rapid thinkers who possess powers of recall that are practically infallible.

This alone makes them formidable individuals, but what really sets them apart is their capacity to interact with nano‐based technology. Whilst other humans must rely upon interfaces or implanted devices to interact with the many machine intelligences of advanced societies, the NuHu can do so with their minds alone.

This power is seated deep within a part of the brain that is sensitive to electromagnetic radiation and which forms a bond with the tiny nanites that saturate the worlds of human space. In this way, NuHu are born and grow up immersed in an environment that is part of the nanosphere. To them, it is entirely normal to live cojoined lives with the IMTel (Integrated Machine Intelligence) that controls all aspects of advanced human societies.

They are at the same time the masters of this technology and expressions of it, living creatures that are also part of a greater machine mind. Scarce wonder that to many ordinary humans they often appear to be living machines, cold and inhuman. NuHu elites are often placed in charge of missions of exploration or retrieval – especially where new or alien technologies are involved. A typical force would include only a handful of NuHu amongst many troopers, sometimes even just one, but their role is a vital one and their powers considerable.

Tom spends most of his time buying books and painting miniatures. He enjoys putting animals on the bases of his miniatures and half-finishing side projects. Some say that he lives in a tower on top of some windswept northern hill with his wife and cow-patterned cat, Spaghetti.
View Profile | View all posts by Tom Mecredy
New: Blood Red Skies USAAF Expansion Pack
New: Pike & Shotte Galloper Gun