This is another great modelling project found on our forum – a converted StuG assault gun. Michael Dyer, AKA TMS on the forums, explains how he made the changes and painted up the finished article: 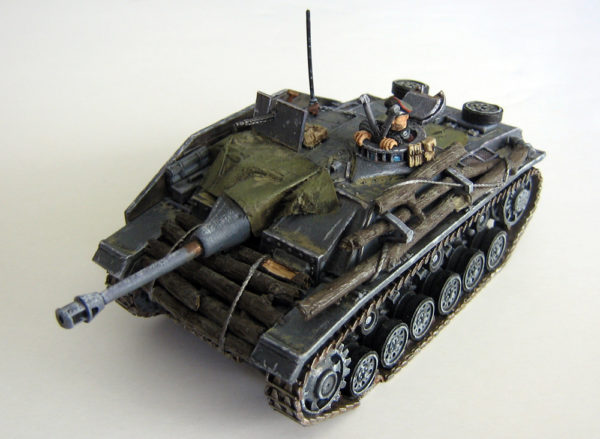 “What I have done is remove the armoured skirts (schurzen) on the StuG’s left side, imagining they had been lost in some previous fight. As a replacement the crew have strapped tree trunks to the exposed side armour and, while they were at it, the front as well.

The tree trunks are actually just twigs from a bush in the garden. I wanted ones that looked like the trees had had branches and with a lot of texture, making them easier to paint.

The gun has been quickly covered by a sheet of canvas to protect the mantle from rain and rust. This was made from wet tissue paper and attached with PVC glue. When dry, it hardens wonderfully and looks very much like real cloth. 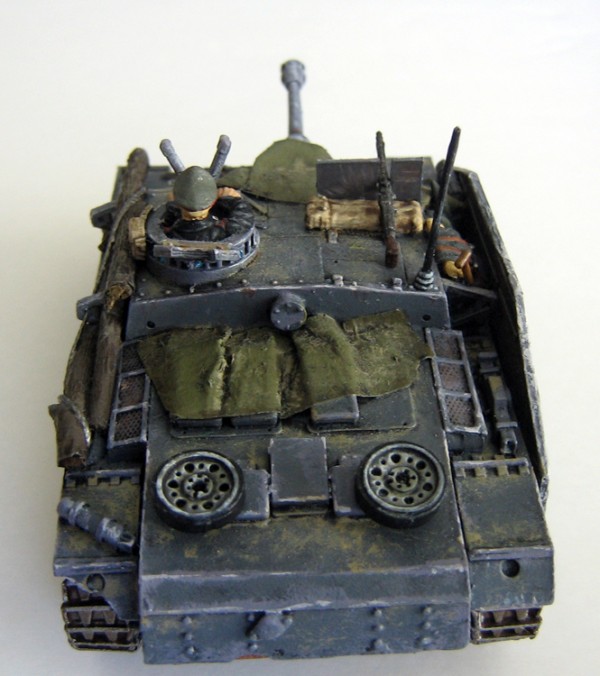 The entire tank was basecoated with Army Painter Uniform Grey spray and then given a black wash all over, to add shade to every nook and cranny. I highlighted it first using a lighter grey, and then using an off-white for edges and scratches. Finally I used a sand colour to add dust anywhere it was likely to settle.

Another canvas was added to cover the rear deck, not least to break up the large area from being just one colour. The antenna is made from rubber as most other materials tend to break off. The tracks were painted a dark metal and covered with a reddish brown wash to leave a worn look in the depths, but exposed metal where the tracks grind against each other and the ground. 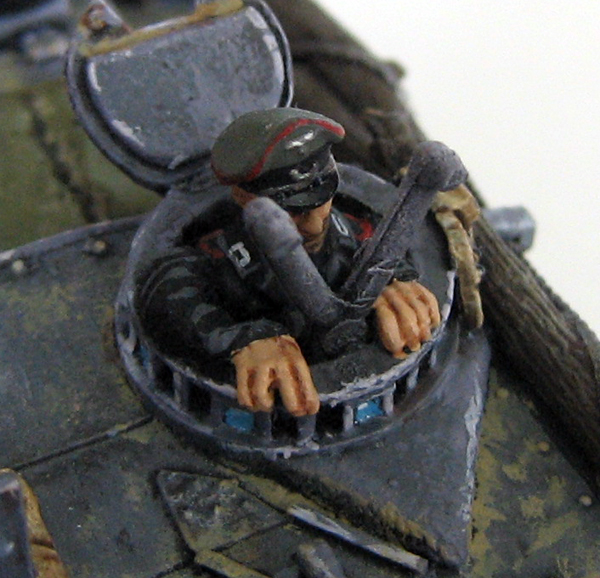 The commander was made using hands from the Bolt Action British Infantry pack, torso from late war Germans, a spare head with peaked cap, and green-stuff putty for arms and fitting everything together. I wanted to capture him in a lull during the battle, when he has just opened the hatch and is emerging to scan the battlefield. His jacket is a matt black (obviously a looted or bartered panzer crew jacket – assault gun crewmen usually wear field grey uniforms) but with red piping on the shoulder and cap, denoting that he is in fact an artilleryman.

He has attached a magazine pouch for his MP40 and a bag for his binoculars. 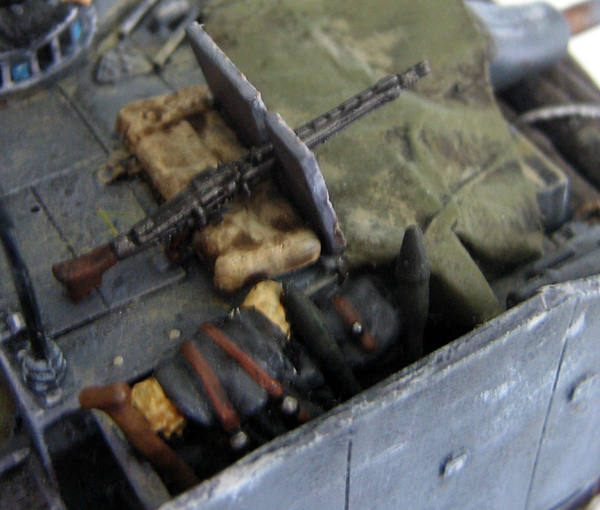 The final addition I made was the pintle MG42. It is from the late war Grenadier set and simply attached to a small piece of cut plasticard. The bag comes from the US Infantry set, but works great for rolled up tarpaulins on any side. 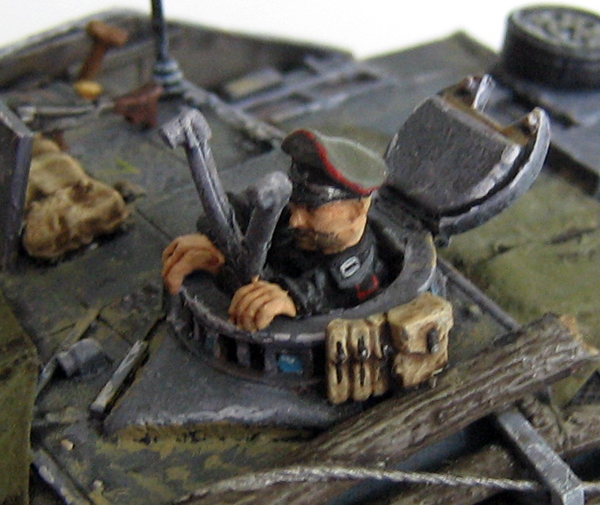 Additional stowage comes from all sides. I got a mortar round carrying bag, shovel and commando bergen from the British, the rockets are actually for the US Bazooka, but they look close enough to those used by panzerschrecks. There is also a German ammo box with more rounds for the Spandau MG”. 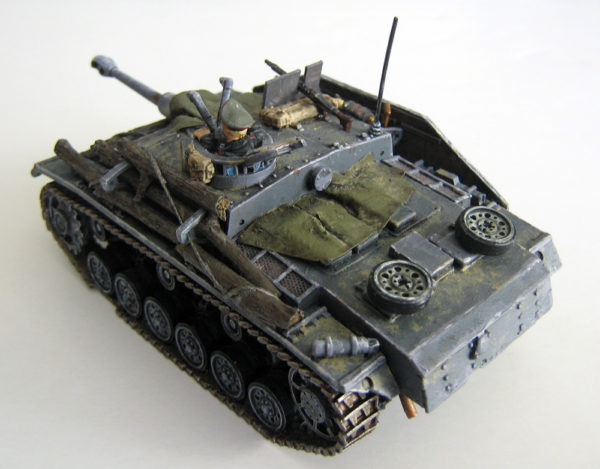 Great stuff – we can’t wait to see what Michael comes up with next!