It’s time for all tank commanders to step into the turret of their machines and engage their enemies. Now with NEW Tank Ace Skills! 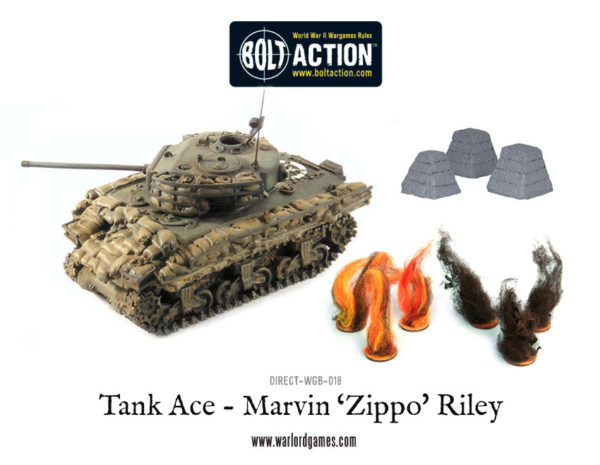 Fancy becoming a tank ace in your games of Bolt Action? Here you’ll find 4 fictional ACE’s ready to go in your friendly games of either Bolt Action or Tank War.

Watch Out! These tank ace models will only be available until the 31st May 2016!

Their abilities come direct from the Bolt Action supplement rules Tank War, in which you can develop your tank crew over a series of games, gaining experience points and gradually upgrading them until they become the ‘ultimate’ of aces.

What’s more Alessio Cavatore, rules author of Bolt Action, has brought us 4 new characterful ACE skills to add to those found in Tank War – helping us combine traits and tanks to create a British, German, American, and Soviet armoured ACE – each of which can be easily represented upon the tabletop battlefield with their own new bundles;

Each ACE bundle includes; 1 of our fantastic resin tanks (each of which comes with their own random crewman to represent the tank ace!) plus all these for FREE: Tank Damage markers (to emphasise your kills), 3 resin dragons teeth (denies the enemy access to an objective), and of course their special skills (including brand new skills to try) here:

Ace bundles are available in limited numbers so get in quick! 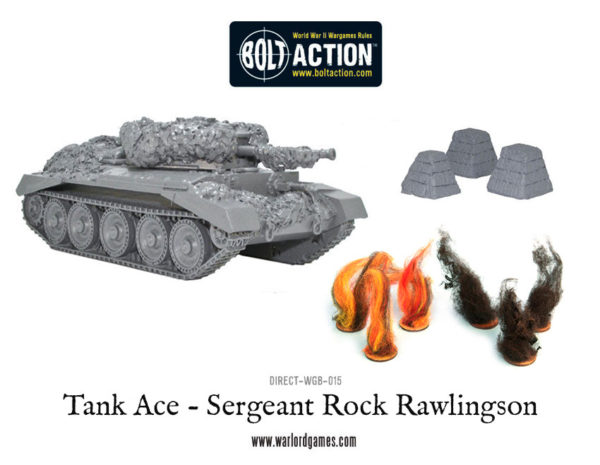 Rock Rawlingson had joined up before the outbreak of war, after months of arduous training he was sent to join his unit in Egypt where he was to learn the art of tank combat in the deserts of North Africa. Having survived and gained promotion through battles in Italy he now finds himself heading for France as the experienced commander of a well drilled crew, mounted in a brand new and well camouflaged Cromwell. 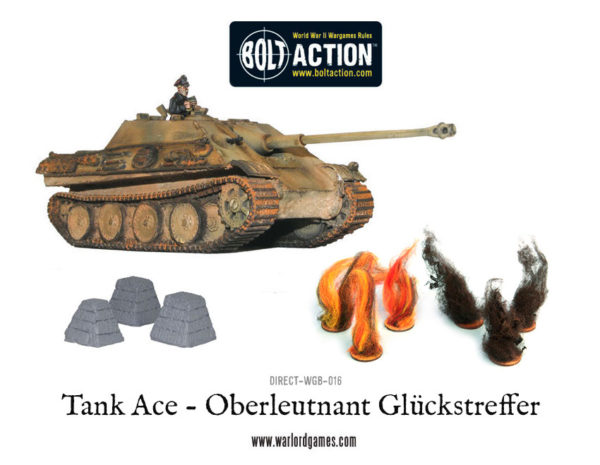 Oberleutnant Glückstreffer found himself racking up the tally of enemy vehicles destroyed whilst on the Russian front. Now as the war comes to a close, he and his crew are finally given a weapon that they can use to strike fear into the hearts of the enemy once more. 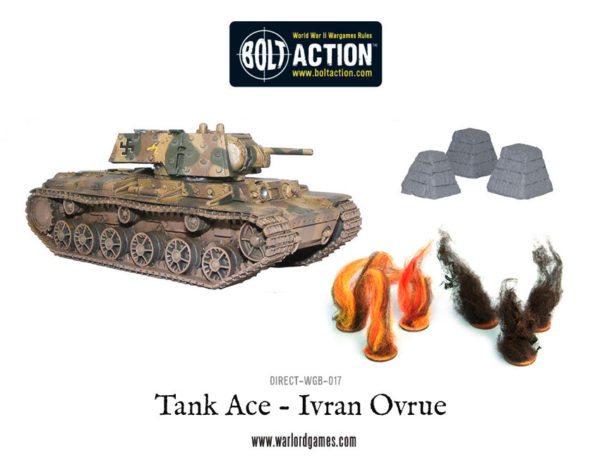 Ivran Ovrue like many has proved his loyalty many times over in combat using his tank at times as a battering ram to defend the motherland!

Marvin ‘Zippo’ Riley survived the early stages of the US entry into the war at Kasserine, learning the hard way just how vulnerable his tanks could be. Now with a command of his own he is determined to see his men through to the end, and with increasing experience he may just do that…

Remember, skills represent special abilities associated with seasoned crews. Skills are once-per-game bonuses, which is to say a skill can be used only once by that crew during each game. The description of each skill tells you when it can be used. For more info check Tank War Page 27.

…and don’t forget to pick-up a copy of Tank War if you haven’t already – take your games of Bolt Action up a notch, gain skills for all your vehicles and sound the armoured advance! 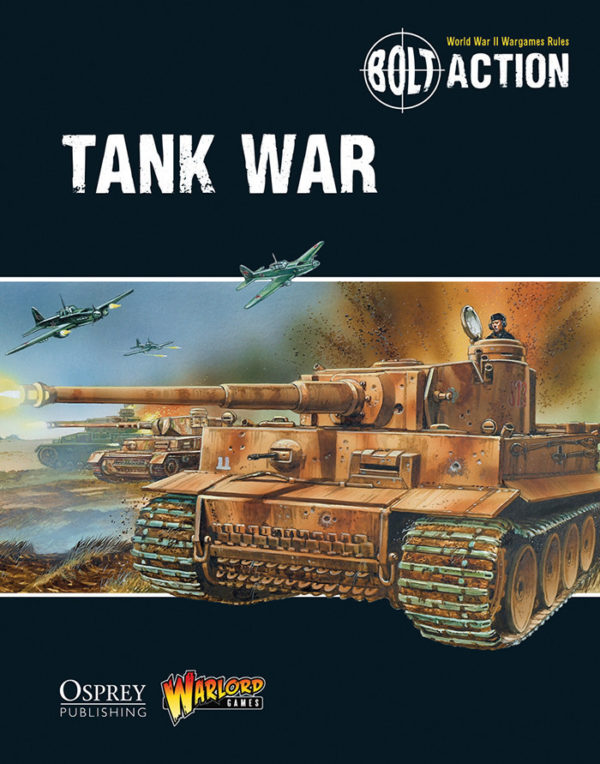 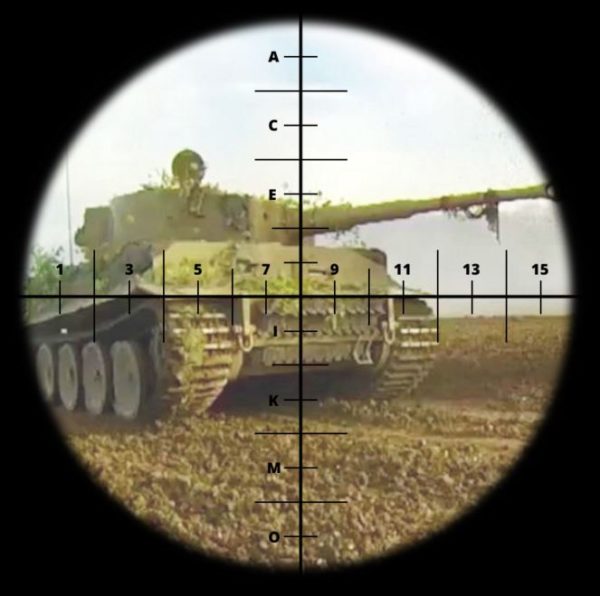 Fancy your chances at becoming a real ACE? Turn your PC volume up full and check out our ‘Tiger Hunt’ mini game here:

Score your hits then get your ACE into action:

Remember, ACE’s are only available while stocks last!

View Profile | View all posts by RichC
Scenario: ‘Glory Hallelujah!’ Battle for Iuka – 1862
New: Beyond the Gates of Antares PDF in German, French, and Spanish