The US launch their answer to German super-soldiers – the enhanced soldiery of the Paragon programme are hunters of the dreaded Nachtjäger.

The US Paragon programme is a highly secret application of Rift-tech science that looks to enhance human genetics and biology at a molecular level. Results have been highly variable but the success rate is considered worthy of continuing the programme. Whilst few candidates have responded as well as the famous Captain Samuels, several of the Paragons display abilities almost as strong.

With much media hype and sensationalism, the US unveiled the Paragon Trooper in response to the German super-soldier programme. With a mission to hunt the Nachtjäger, the troopers restored much-needed morale, even if their achievements are less significant than the press would have the public believe. 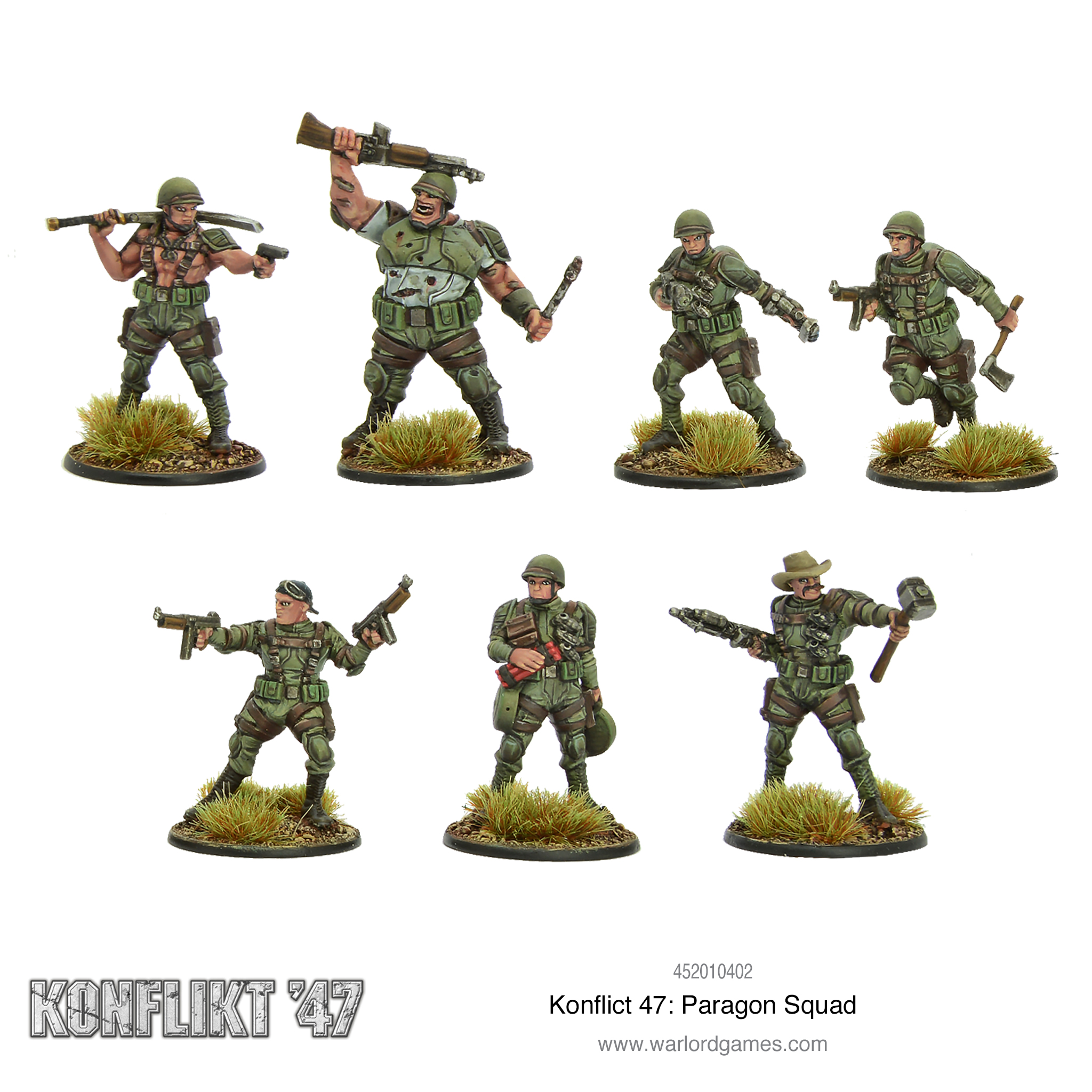 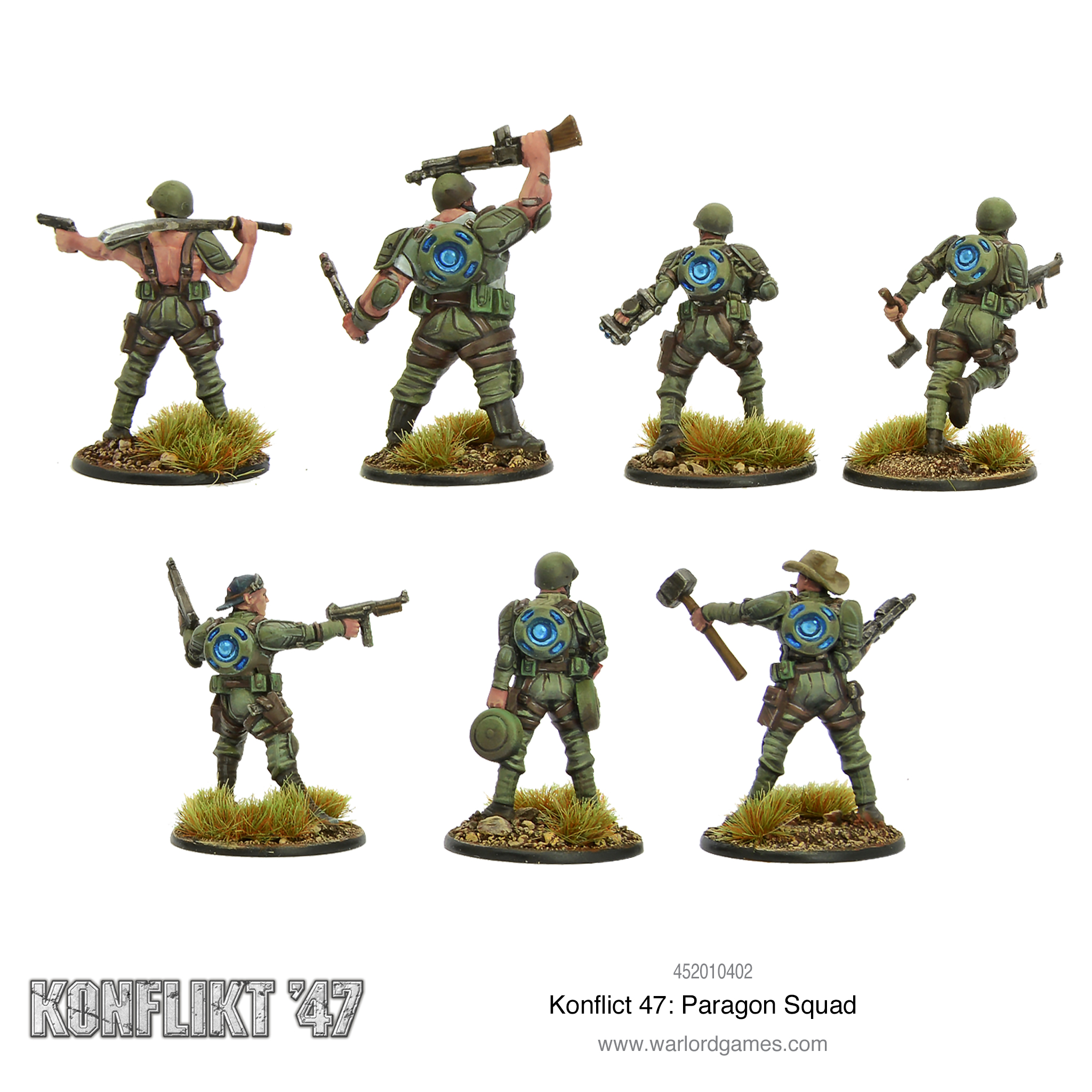 Each Paragon is a strong and skilled fighter in their own right with a unique skill that only that model can use. Additionally, they confer a special ability to the whole squad. You can find the full rules for fielding Paragon squads in the Resurgence supplement. 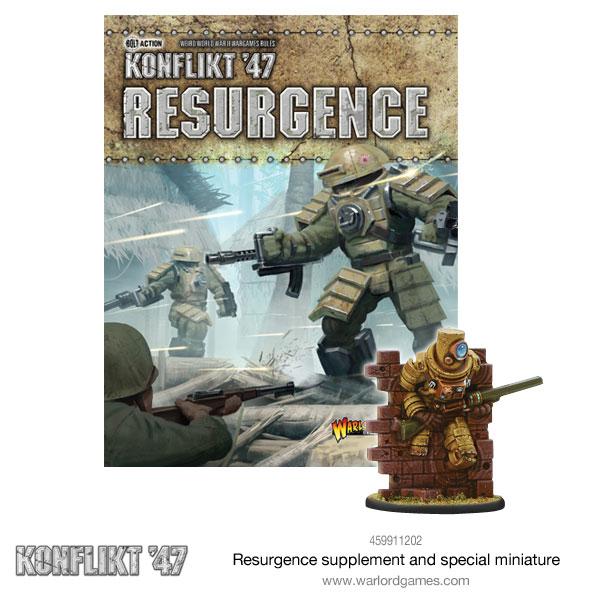 The US Army generally tends to favour enhanced technology derived from Rift-Tech. This starter force gives you the perfect entry into the Weird War of Konflikt ’47. It includes a variety of powerful units and the rules, to get you to the battlefield as quickly as possible. 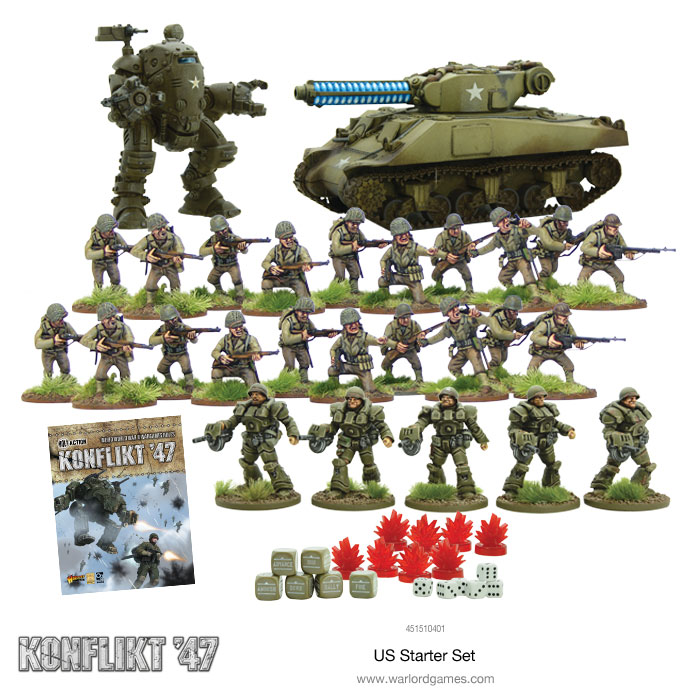 Dan can often be found contemplating the mound of unpainted minis building up under his desk. He has a tendency to roll lots of ones. He also has a tendency to complain about rolling lots of ones.
View Profile | View all posts by Dan Hewitson
Rapid Deployment Paint System: US Infantry
Konflikt ’47: German DNA-Enhanced Infantry