Armed with Rift tech from the allies, the new Italian Firefly Paracadutisti Infantry Squad soar through the skies! 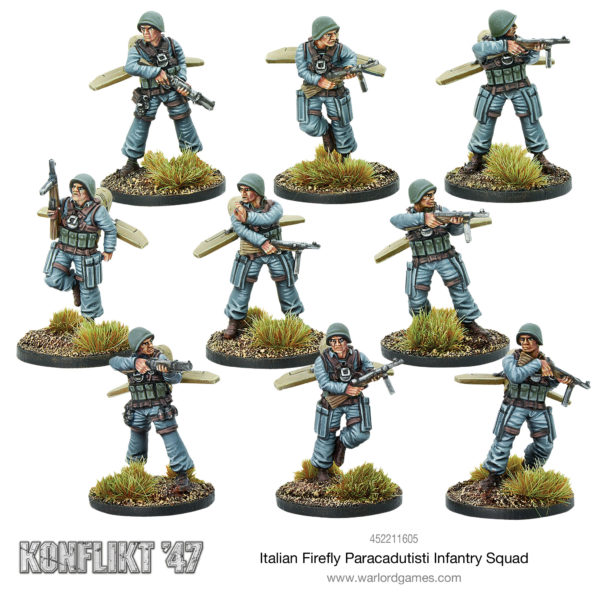 As the Allies pumped money and resources into the newly formed Italian forces, the more experienced Italian paratrooper formations demanded the best equipment the Allies could provide, including the Firefly jump packs. Each squad of these elite troops is well equipped with SMGs and the latest grenade launchers to come from the Rift-tech designers, a versatile support weapon that capitalises on the most recent advances in ammunition technology. 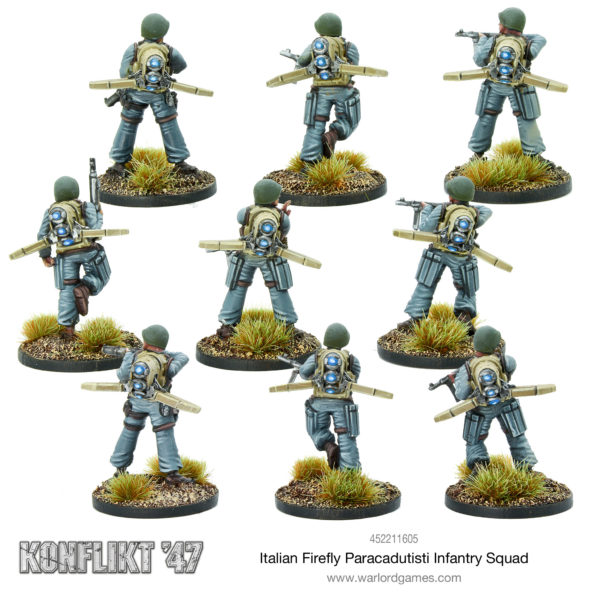 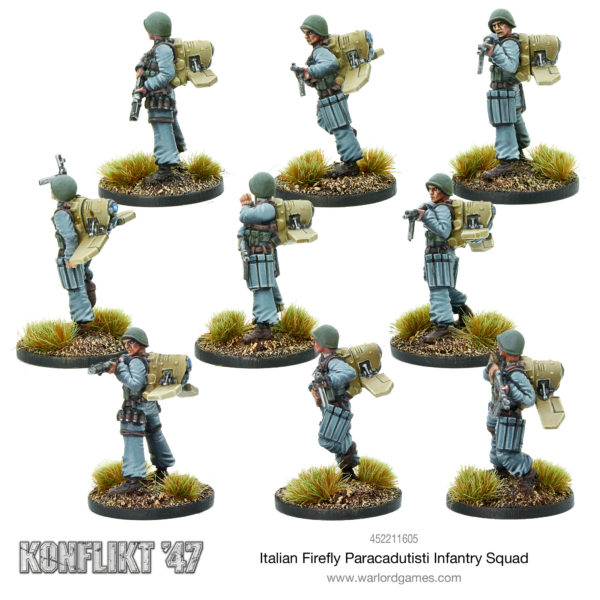 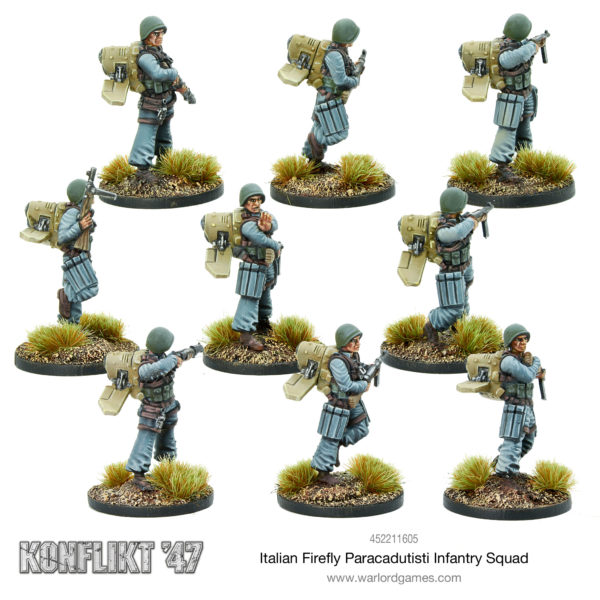 More recent operations have been designed to find weaknesses in the defensive lines of central Italy, using lightning-fast raids by Firefly Paracadutisti to try and identify weak spots for traditional forces to attack. 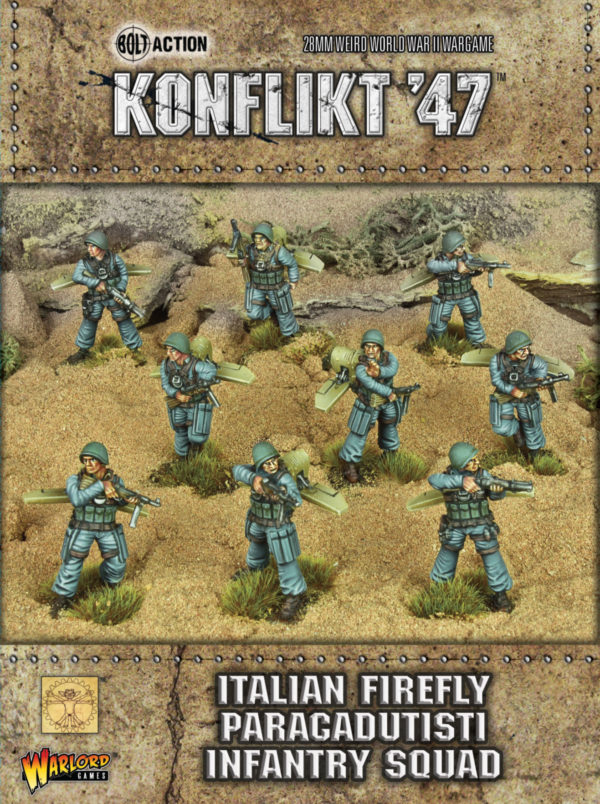