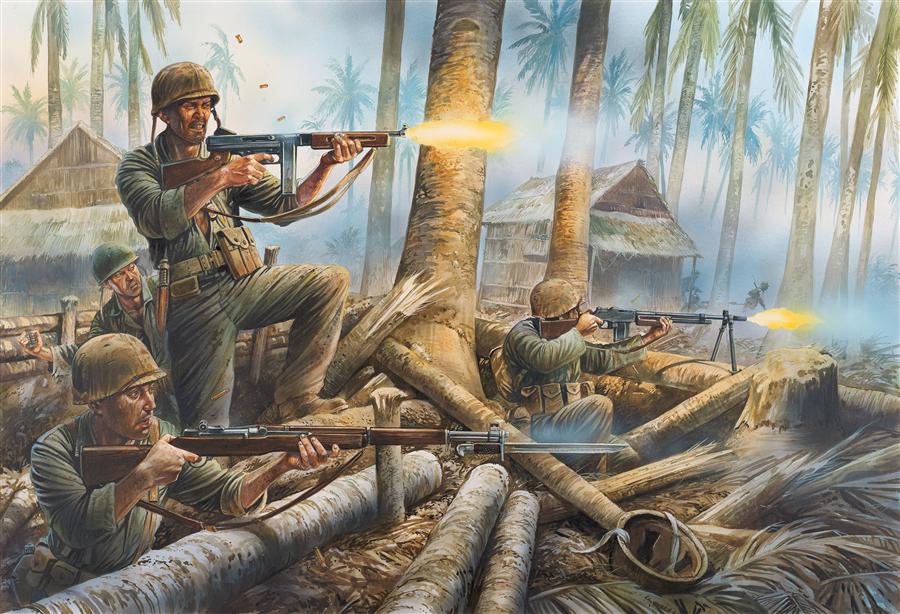 The USMC was first created on the 10th of November 1775, during the American War of Independence (best known in the US as the American Revolutionary War). Its initial duties were to fight as marine infantry for boarding actions between frigates and to provide security on board, defending the captain and other officers in case of mutiny.

With the changing of the nature of the Navy and of ship-to-ship warfare, the role of the Marines soon evolved to become what it is today – that of an infantry force that was deployed from navy ships for combat operations on land. This role led them to see action in every conflict the United States were involved in over the following centuries. Throughout their history, the Marines excelled in particular at waterborne assaults against strategically important territories where US interests were at stake – from the Philippines to South America and Cuba, from Panama to China.

It was in World War I, however, that the Marines gained the reputation for toughness and fighting spirit that accompanies them to this day – in 1918 they stormed Belleau Wood against stiff German resistance, taking very high casualties, but eventually carrying the day.

In between the wars, as a war with Imperial Japan grew more and more likely, the Marine Corps began intensive training in amphibious assaults and developing specialized equipment like landing crafts.

This proved to be vital in World War II, when the Marines were always at the forefront of the fighting against the Japanese garrisons of the many Pacific islands that the US had to capture during their advance towards mainland Japan. 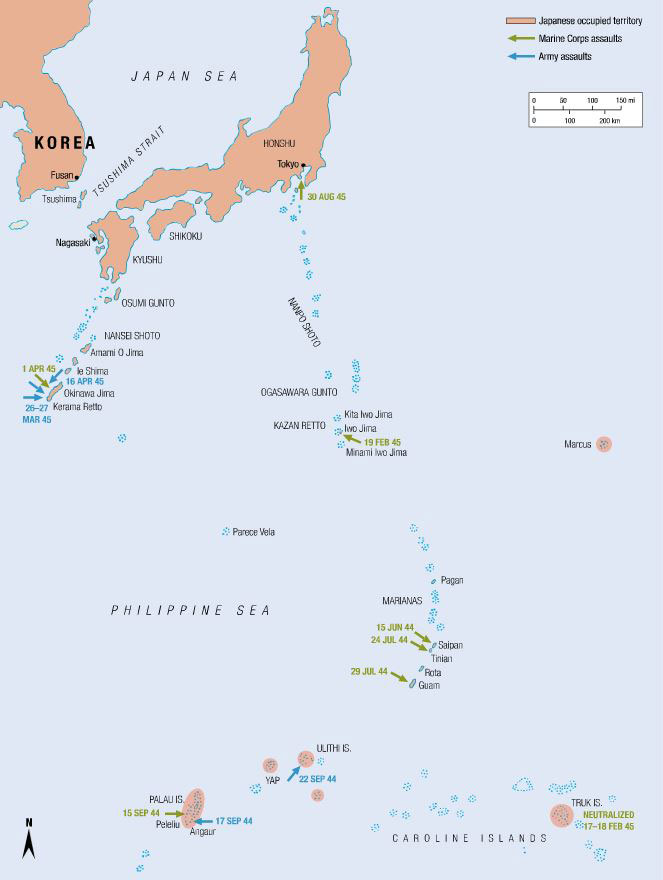 The Marine Corps, that had started the war with just two brigades, reached a maximum strength of six entire divisions, with dedicated air support and specialized units, for a total of almost half a million men. The Marines, through their bloody victories at Guadalcanal, Tarawa, Saipan, Iwo Jima and Okinawa, had firmly confirmed themselves as a separate arm of the US military that went on to distinguish themselves in Korea, Vietnam and most recently in Iraq and Afghanistan.