Neil Burt (AKA Troop of Shewe) has converted our Daimler Dingo and Michael Wittman figure into something a bit exciting. Take a look at Neil’s handiwork here. 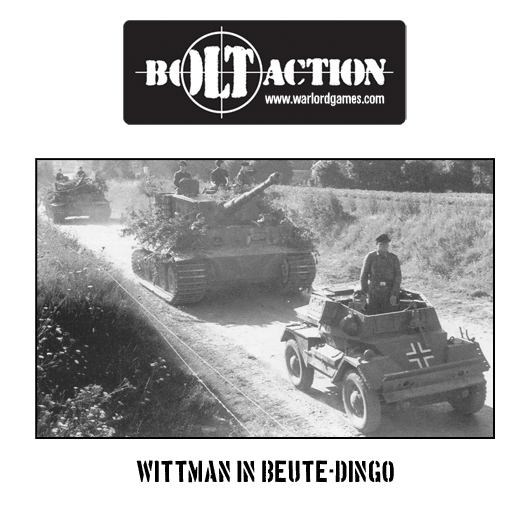 The conversion was based on, and inspired by, this  photograph of taken in August 1944, France of s.SS-Pz.Abt.102. 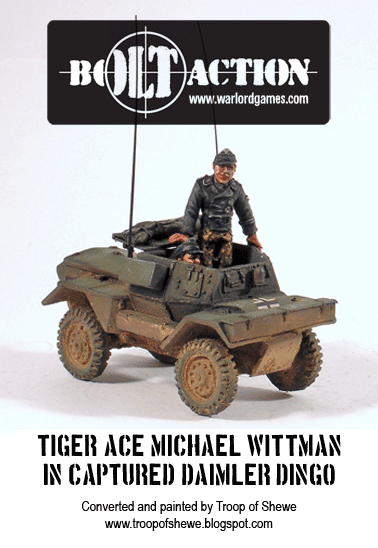 This was a fairly heavy conversion as Neil used an old Dingo model with the integral base. Happily the integral bases are gone now and anyone wishing to do soething similar will find it a lot easier!

The crew models are a converted Michael Wittman figure from our Wittman’s Tiger set and driver from the Kubelwagen. 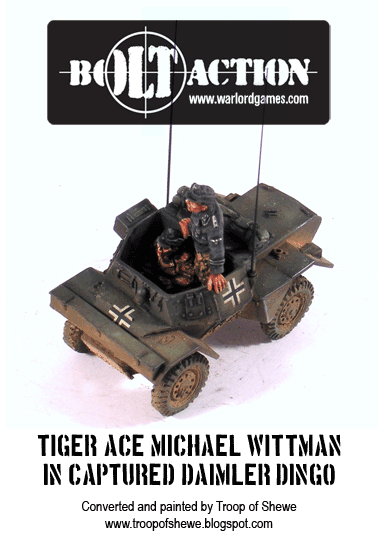 Have a go and making your own for your tabletop with these two kits. 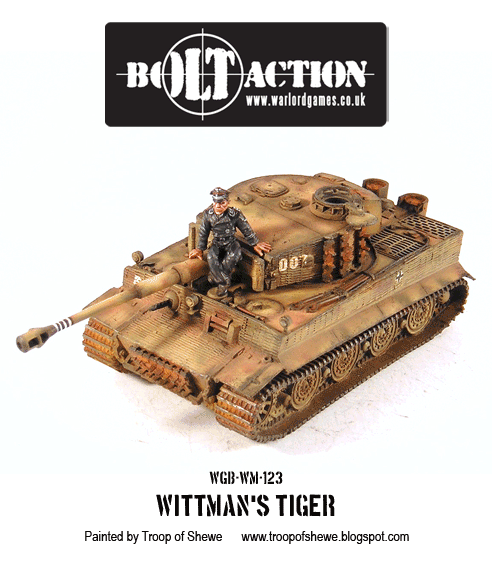 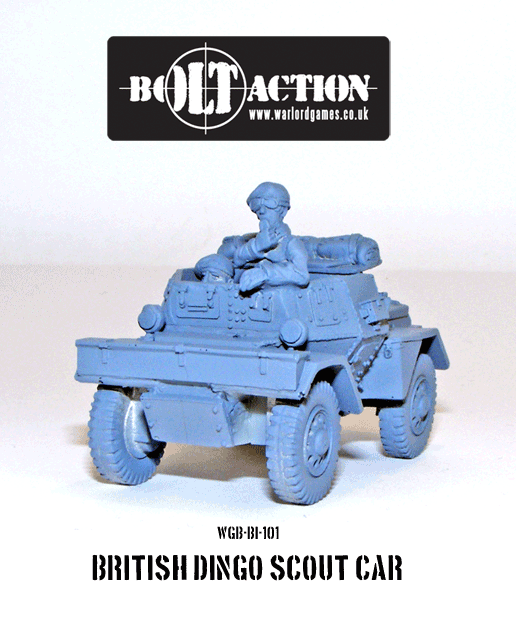