Standing tall and proud alongside his US forces, Warlorder Gabrio shows off his US force! 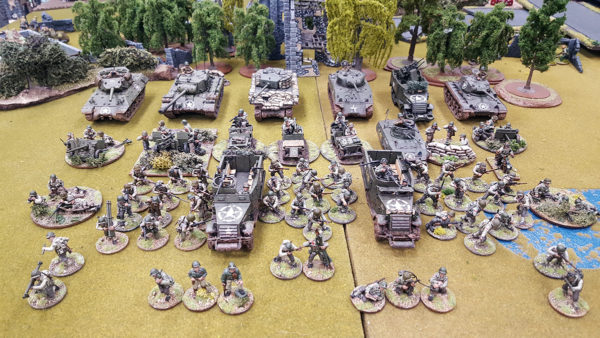 Gabrio: I have always had a fondness for the United States of America and its people. Maybe because when I was growing up in Italy there were always US sitcoms or old black and white WW2 movies (yes I am quite old…) playing on the TV.

So when deciding what force to collect in a historical setting, I always find myself edging towards the USA. It started whilst developing a game called Trafalfgar with lots of 1/1250 scale frigates of the Napoleonic war period. Now I have just finished a squadron of Mustangs for Blood Red Skies and I am definitely going to paint lots of PT boats for Cruel Seas! What is that? Was I not supposed to mention the awesome new game coming out soon? Well… pretend I did not say anything…

Therefore when deciding what force to collect for Bolt Action, a US force was the obvious choice. 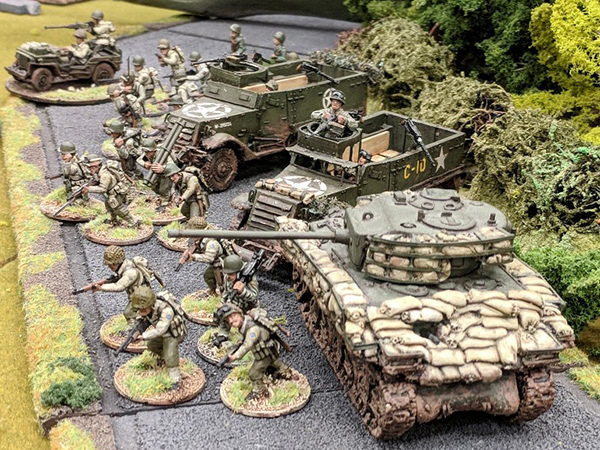 And I think I went for the most iconic Division of all: The Big Red One!

The oldest continuously serving Division in the Regular US Army, The 1st Infantry or Fighting Fist, got stuck in combat as soon as the US entered the conflict, and was active in North Africa first, the invasion of Sicily, and later on was instrumental in taking Omaha Beach with acts of enormous heroism in the face of 30% casualty rates in the first hour of the invasion alone. And might I take a moment to express how much we wargamers at Warlord respect and are in awe of the sacrifices of so many brave men. It then went on all the way deep into Germany until the war ended.

And this is the period I was most attracted to. From D-Day to the surrender of Germany, however, because the Big Red One was involved in so many theatres, I can pitch my army in a variety of settings and periods against many different opponents. 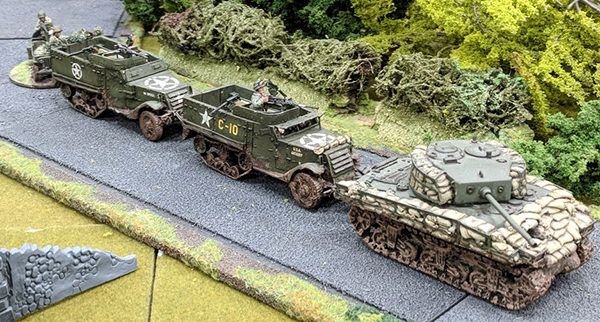 To start off with I covered the basics with 2 infantry squads of 11 soldiers including 2 BAR guns for each squad (you can never have too many BAR guns), and an M3 half-track for each of them in case I wanted them to be mobile. These can also be split into 4 squads of 5/6 soldiers if needs be.

I then added a squad of Rangers. Yes I know they are not part of the 1st, however, I really liked the film Private Ryan and could not resist adding 1 squad in. Rangers are cool! I then added several gun positions to be attached and a team with flamer, one with a bazooka and a medic team. 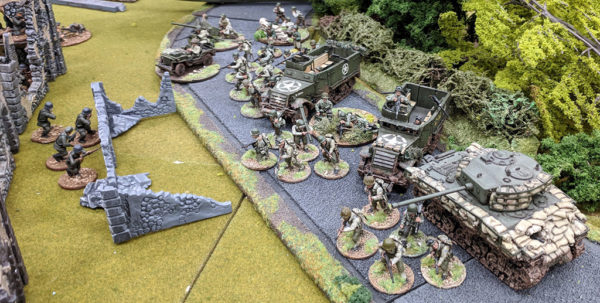 And then I just fell into the sea of possibilities with the vehicles. I aim to have at least one of all of them and I have already made quite a dint: an M10, 2 Shermans, 1 of which has a 76 and lots of sandbags, a Chaffee, A quad AA gun mounted on half-track, a greyhound and to cap it all off, my favourite tank an M26 (for which I have also done a small painting tutorial here).

There are also 3 jeeps, one of which is a conversion made because of a photo found online, 1 FOO team, 2 lieutenants and General Patton. I know he also was not specifically part of the BRO, but he was the commander in almost all the operations that involved the 1st, and he is just cool. 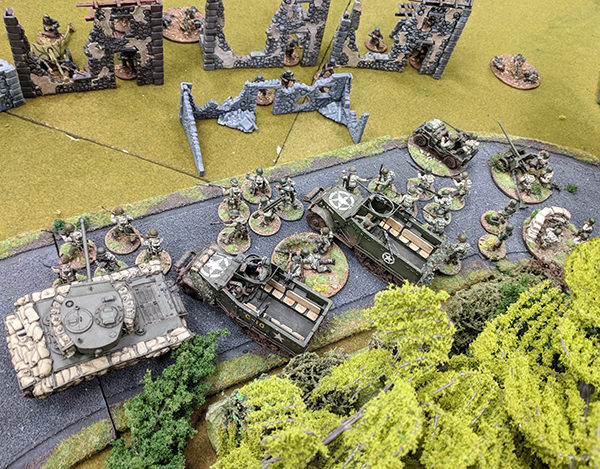 In my opinion, collecting an army is not all about maximising points values to crush your opponents, but is a joyful experience of owning a reproduction of a piece of history. Therefore this army is not particularly honed for tournament playing (even if it does not do too badly) but is instead mostly the reflection of what I enjoy collecting and painting. Which is why I also added a Military Police officer on Harley Davidson! Not much use in the game, but a great joy to paint and a real cherry on the cake of the army. 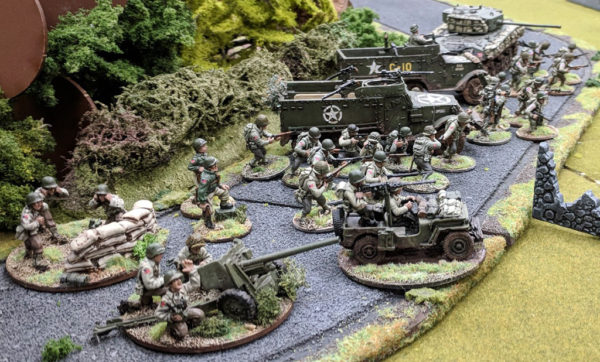 On the workbench are 3 more squads of 10 of infantry, because the new plastics that just came out are AMAZING! And more Shermans as you can never have enough Shermans! 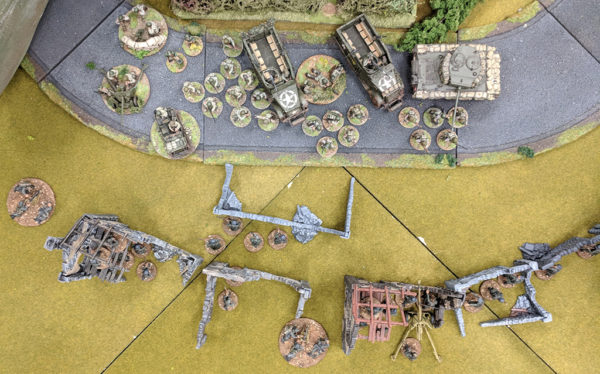 Here’s a breakdown of my army! Everything is regular (expect the Rangers of course):

It can be made up of these sets: