An alcoholic mutant bounty hunter with his face on his knee? It’s time to look into the tragic life of Kid Knee…

Kid Knee appeared in the Strontium Dog Strip, The Kid Knee Caper. We found him on Mab Garden City, a floating metropolis and popular way station. Kid Knee was being attacked (or mutie-bashed) when he was spotted by the Gronk. Wulf and Alpha decided to help out and rescue Kid Knee. Wulf tells him that he should get out of the bounty hunting business. Kid Knee tells Wulf that he wants to – but can’t afford it.

Luckily, he has a great lead on one last job: Knee believes he has discovered the location of the Mutator – a ruthless, shapeshifting bounty hunter who is worth half a million credits. With that amount of money, Kid Knee would be able to retire as a Search/Destroy agent. As a reward for helping him, Knee offers to split the money three ways with Johnny and Wulf. 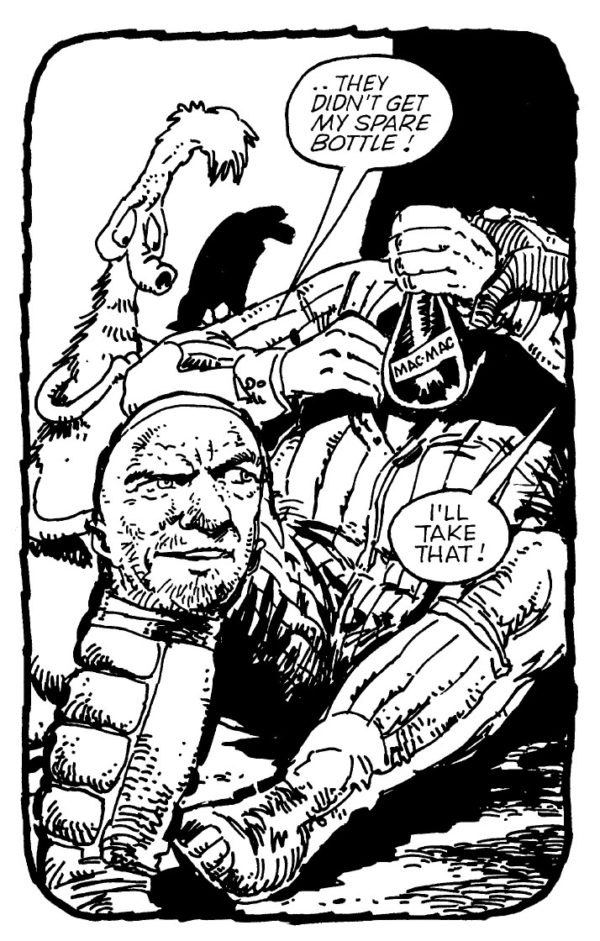 Knee believes the Mutator to be working as a washroom attendant at the Mab University. In order to take the shape of another being, the Mutator must first kill it. Kid Knee tells Wulf and Alpha that he saw the Mutator murder his current shape in the basement window at local dive bar, Freny’s. Knee, Alpha, Sternhammer and the Gronk go to Freny’s to discover the body of the Mutator’s current form.

It is then that the Emperor Odgood the Okay arrives for a university ceremony. The Mutator has fled in order to take his form. Pursued by the Strontium Dogs, the Mutator successfully murders the emperor in a washroom and takes him form, fleeing the Mab for his home world, Therr.

Kid Knee and the Strontium Dogs follow, only to be captured and discover the Mutator’s plans to donate all the imperial wealth to poor aliens (namely himself). 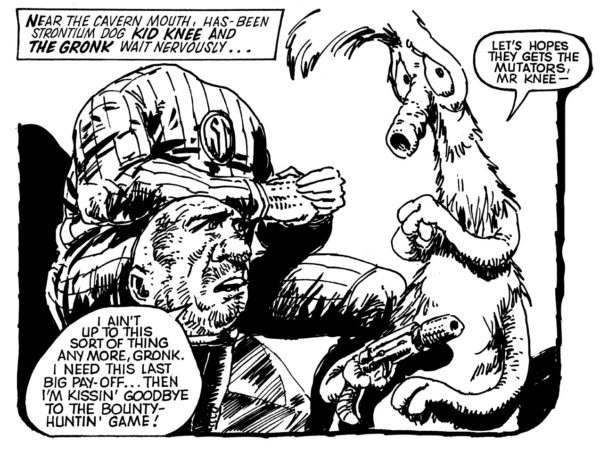 With the help of the Gronk, Kid Knee, Johnny and Wulf escape to discover that the Mutator has gone through the transmitter where they sent the wealth and left a bomb behind. The Strontium Dogs quickly follow him through before the bomb goes off, finding themselves on a strange, unknown Ice World.

Johnny and Wulf pursue the Mutator while Kid Knee and the Gronk stay behind. Knee tells the Gronk that this kind of work isn’t for him, anymore. He just wants his retirement money for this last job. 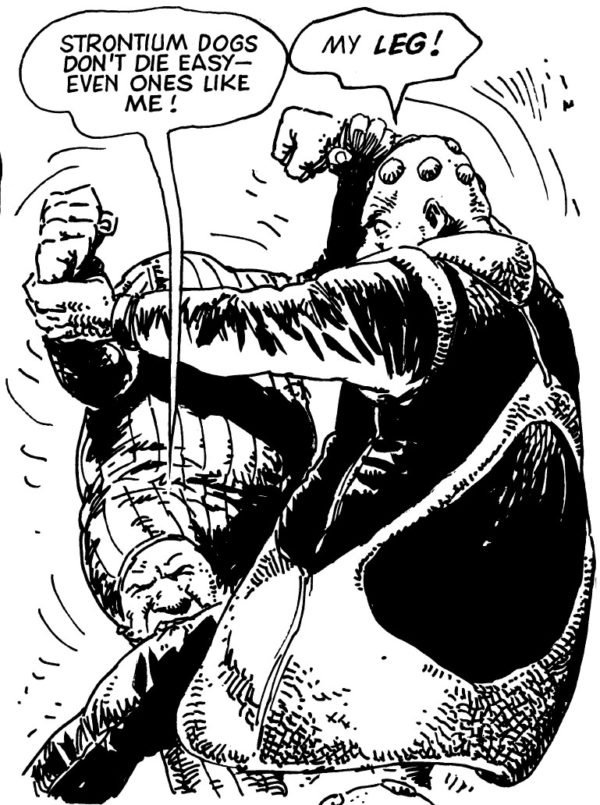 After searching for the Mutator, Johnny and Wulf stumble upon Kid Knee who claims to have killed him. In a flash, Johnny shoots Kid Knee, revealing he was the Mutator. This can only mean one thing. They return to the Gronk and Kid Knee, only to find the Gronk passed out and Kid Knee dead.

He never got to retire…

Tom spends most of his time buying books and painting miniatures. He enjoys putting animals on the bases of his miniatures and half-finishing side projects. Some say that he lives in a tower on top of some windswept northern hill with his wife and cow-patterned cat, Spaghetti.
View Profile | View all posts by Tom Mecredy
New: Afrika Korps HQ + MMG + Medium Mortar
Spotlight: Painting Macedonian Phalangites