The vampiric heroine herself is ready for the next character focus. This is Durham Red…

Durham Red was born in Milton Keynes after the Atomic War of 2150. Her mutation was considered strange even by the standards of other mutants: she resembled a vampire in appearance and nature. While she had no supernatural powers, she did have a lustful desire for blood. Because of this, she was shunned by many other mutants. Soon, an opportunity came to leave the Milton Keynes ghetto and she joined the Search/Destroy agency as a bounty hunter. 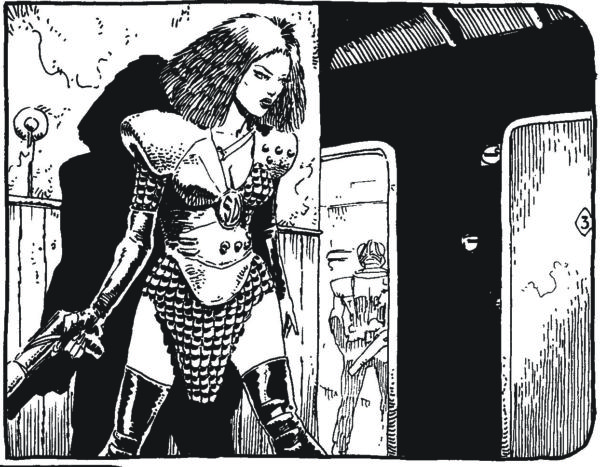 Her enhanced abilities made her a perfect candidate to be a Strontium Dog: she had super strength, agility and, of course, bloodlust.

Like many, the Search and Destroy agency was how she met Johnny Alpha. They worked together (and sometimes against each other) on many cases and became romantically involved. This all fell apart, however, as Alpha could never completely trust her. 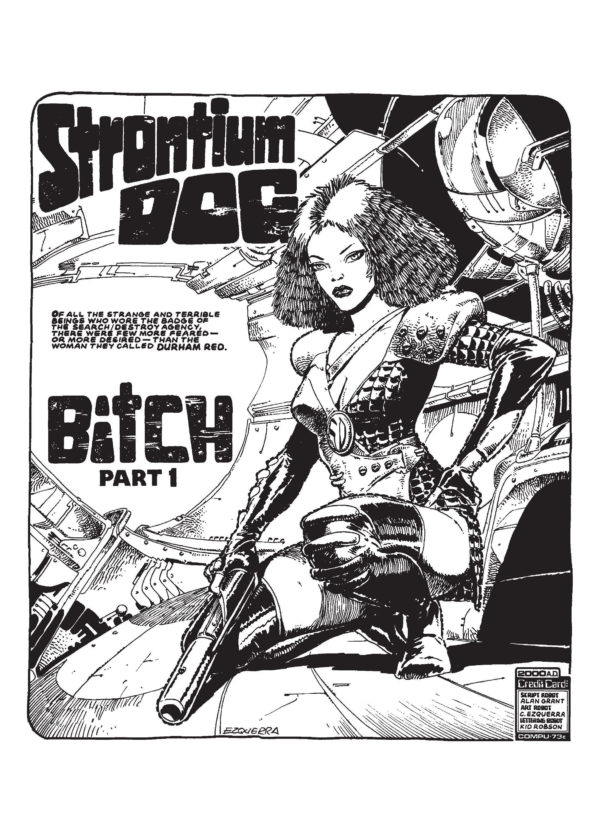 After Alpha’s death, she tired of the bounty hunting game, however, and decided to put herself in suspended animation. She was only supposed to be for a few years, but she was not awoken until 1,272 years later.

When she was brought out of suspended animation, it was to discover a changed world. Mutants had, in theory, achieved equality. The Pan-Species Accord had followed another war between Norms and mutants. While the Accord did provide equal opportunities for mutants, the norms still held the real power.

Even more shocking, Red discovered that a religion had formed around her, painting her as the Saints of Mutants.
Durham Red’s fanatical worshipper, Judas Harrow was the one who brought her out of suspended animation. While he thought it would be glorious to have Red walk among mutants again, he quickly discovered the real person to be vastly different from the Saint. 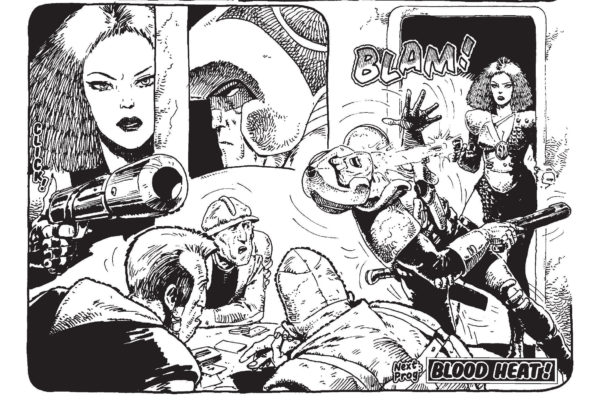 Nevertheless, he chose to join her as she discovered the new reality. Durham Red continued to live for over a thousand years, to a time when mutants finally outnumbered the norms and spread out among new worlds. 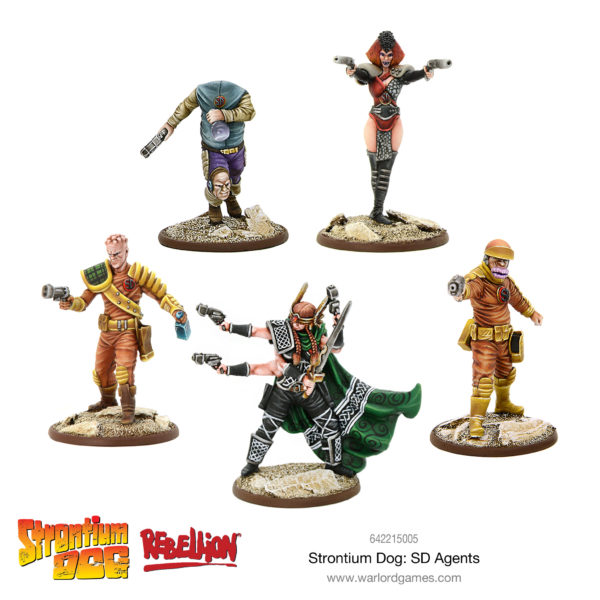