It’s time for some more Howler Action with Bubo and his Bad Boys!

Leader of a gang composed entirely of Howlers, Bubo and his Bad Boys grew their sinister reputation by raiding settlements for valuables and meat, killing and eating various people on the planet Alzir. Unfortunately for Bubo, the last settlement they hit led the mayor to call on the Search/Destroy agency. This naturally peaked the attention of Strontium Dog bounty hunters Johnny Alpha and Wulf Sternhammer. 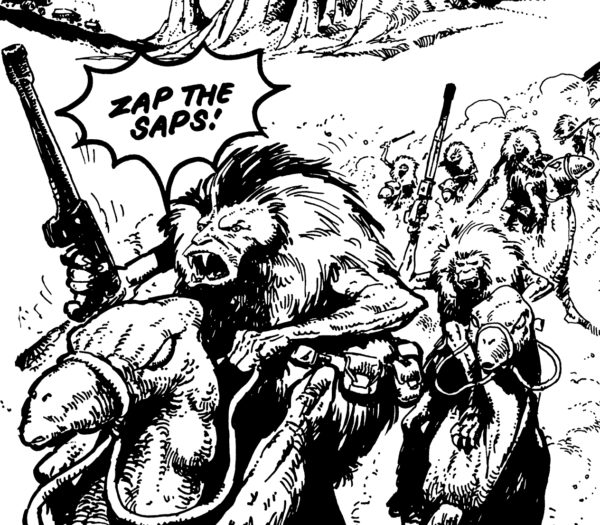 Bubo and his gang were pursued across the desert by the bounty hunters. This led to an epic stand off on a train in which most of the Bad Boys were slain. Bubo, however, managed to derail the train and send it plummeting off a cliff with Johnny still inside. 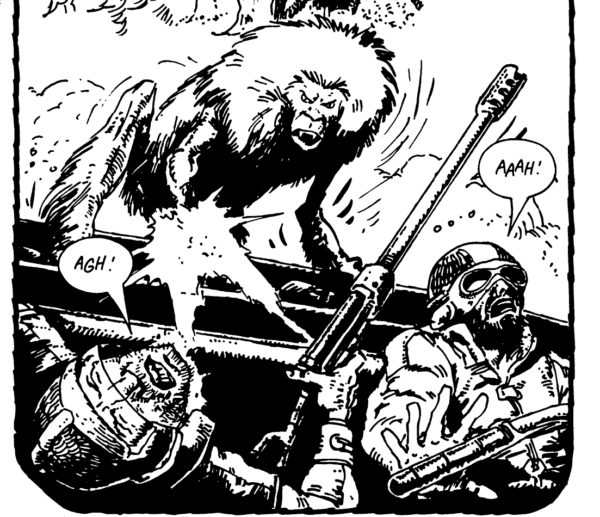 Wulf took Johnny to hospital, during which time Bubo and his remaining Bad Boys hid. In an act of rage, Wulf went out to hunt down the remaining Howlers on his own. He found and killed two of them, but Bubo managed to sneak up on him. Fortunately, Johnny was able to telepathically warn Wulf, who in turn shot and killed Bubo. 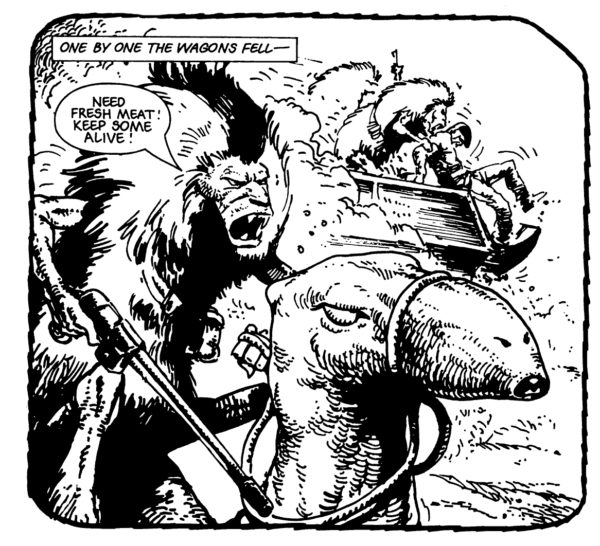 As one final act on this case, Wulf fashioned Bubo’s fur into a dashing new pelt to wear alongside his Gronk fur. 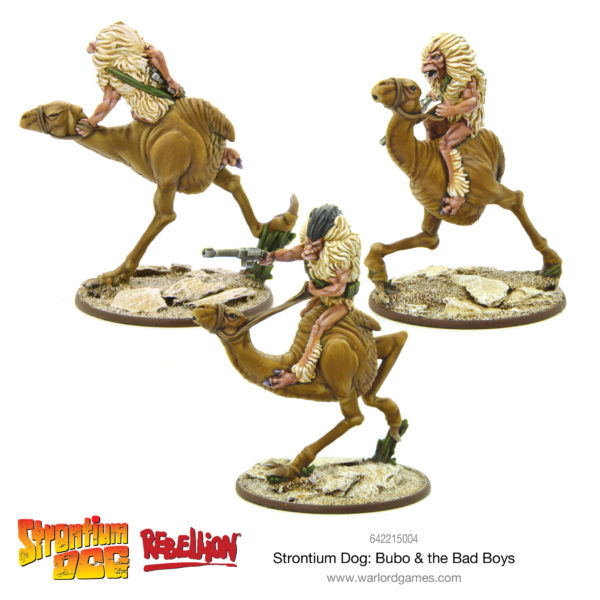