Andy Singleton of Volley Fire Painting Services has been polishing his camera lens and wetting his palette as he delves into the background of two Pacific mainstays of the Japanese and US armies: 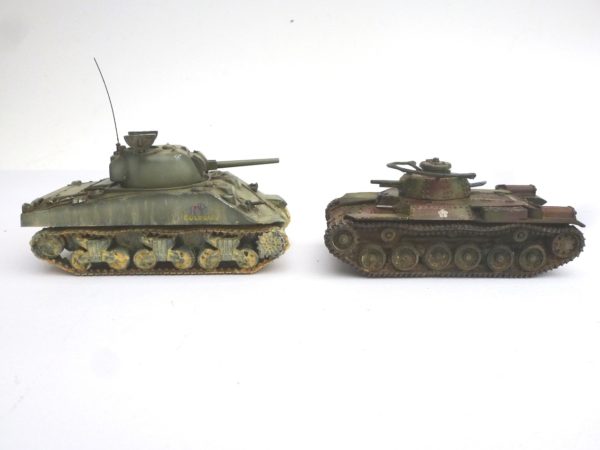 Andy: With the recent release of Empires in Flames I thought I’d revisit my Marine and Japanese forces, and see what they need (apart from more everything, and 28mm USS Missouri and Yamato battleships…) and this got me to comparing two of the most iconic vehicles of the Pacific war, the Sherman tank, and the Japanese type 97. 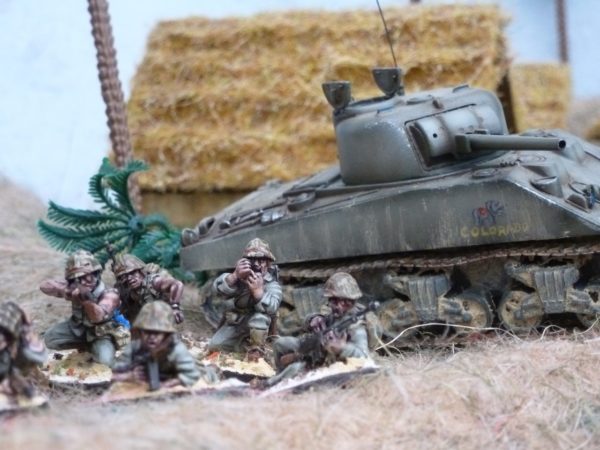 The Sherman really needs no introduction. Along with the Tiger, the Sherman is probably the most famous tank in history, an iconic symbol of the Second World War. The Sherman served on all fronts and all theatres from 1942, and some versions were still in use long after the end of the war.
Despite having a reputation for being under gunned, under armoured and liable to catch fire, these issues were ironed out through the vehicles’ production run, and whilst never a match to the German big cats in Europe, in the Far East the story was very different, and the Sherman was king. 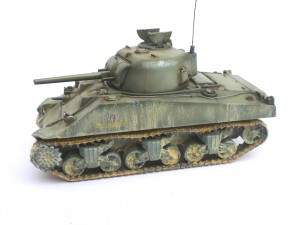 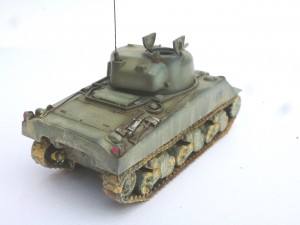 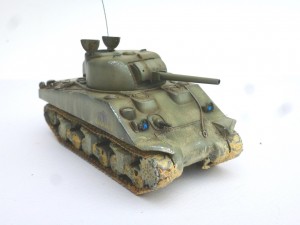 The Sherman in Bolt Action

The basic M4A1 Sherman weighs in at around 195 points at regular, and for that you get 2 medium machine guns, medium armour and a medium anti-tank gun. Lots of medium occurring here, the Sherman being the definition of medium tank. There are other versions with medium howitzers and heavy anti-tank guns, but they are probably deserving of their own articles.

What makes the Sherman stand out though is its gun. You have the option of firing either as a standard medium anti-tank gun, which is capable against all armour in the game, even if you may require a bucket of luck at time. 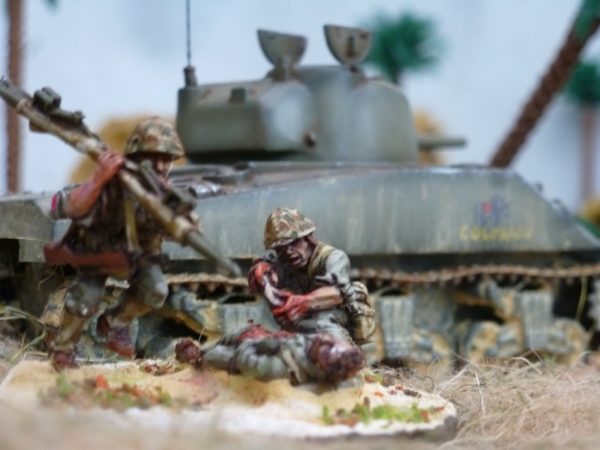 Alternatively, you may fire it with an HE round. ‘Why would I do that, it’s a medium anti-tank gun and only D2 HE!’ I hear you cry, but Nooooo. The Sherman gets a whole D6 of HE out of its main gun! This, combined with its machine gun, instantly turns this into a bit of an anti-infantry monster. For an extra points cost I always add a pintle mounted machine gun as well, giving my Sherman’s 3 weapons systems with which to hurl pins out everywhere, and it serves very well as a central fire base in my army, supporting my Marines with lots of suppressing fire power.

If this isn’t enough for you, Veteran Shermans get to use a gyro stabilised main gun. This allows your Sherman to move and fire, without the negative to hit penalty when firing on the move… Yes. Very nice indeed, along with all the other benefits of being a Veteran! 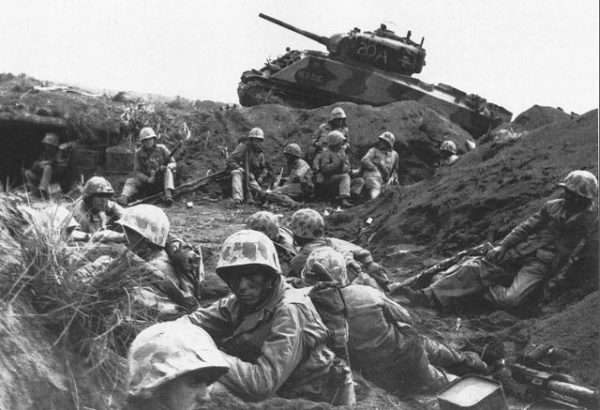 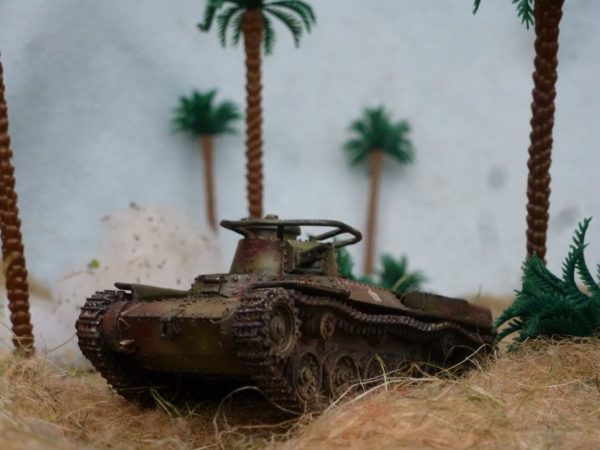 Originally entering service in 1939, the Type 97 first saw combat service with the Japanese military in China, and proceeded to serve right through until 1945 with Japan’s army and navy, and was the most common tank used by Japan after the type 94. The Type 97 Chi-Ha saw post war service in China, and some even soldiered on until the Korean War in the 1950’s!

At first the type 97 Chi-Ha was perceived as an anti-infantry tank, and armed with a low velocity 47mm gun. As the war in the Far East intensified and the Western Allies started supplying better and heavier armour to the theatre, the type 97 was up gunned, and the type 97 Shinhoto was born. This gave the type 97 a much needed boost in anti-tank fire power, however it never totally superseded the Chi-Ha version, and its armour was still vulnerable to even the lightest allied anti-tank guns, being a mere 25mm or so at its thickest. 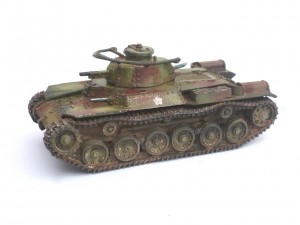 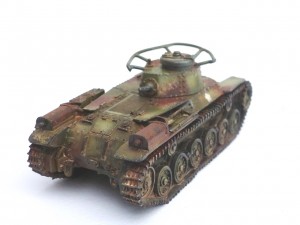 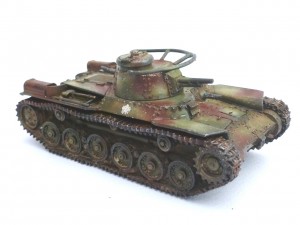 The Type 97 Chi-Ha in Bolt Action

At first glance the Chi-Ha doesn’t seem that impressive. Although named a medium tank the armour is only 8+, the same as the light tank class of Bolt Action. Initially the tank appears to be armed with 2 medium machine guns, and a light howitzer, great! Except one machine gun is aimed to the rear of the turret, so generally you’ll only be firing either the howitzer or machine gun, along with the hull machine gun.
However! This package comes in at only 135 points at regular. This gives you an armoured point immune to small arms fire that can tackle infantry hard points and support your big squads of men as they advance. Being only 135 points means the Chi-Ha is easy to fit into your force too! 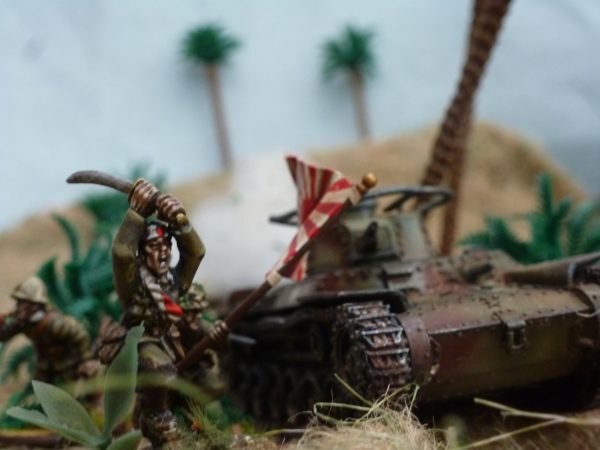 Both the Type 97 Chi-Ha and Sherman are predominantly anti-infantry tanks, although the Sherman can hold its own against armour if needed, and can overwhelm lighter vehicles.

In a straight up fight between the two, the Sherman will (or should..) win. The Chi Ha should instead try to avoid letting itself fall under enemy tanks’ guns, as provided they hit, they will have an easy time beating your armour, even at long range. Instead, let your anti-tank teams tie up hostile armour, and let the Type-97 go hunting infantry targets.

The Sherman, especially once fitted with a pintle weapon, is a force to be feared in the Pacific game. Enemy armour won’t present much of a threat to you, however things like suicide anti-tank and anti-tank guns will give you problems, so it’s always good practice to support your Sherman with at least a small squad of infantry.

I’m a fan of both vehicles though, and they complement the strengths of each of their respective armies well – I think the Sherman could well be the most versatile vehicle in the game! 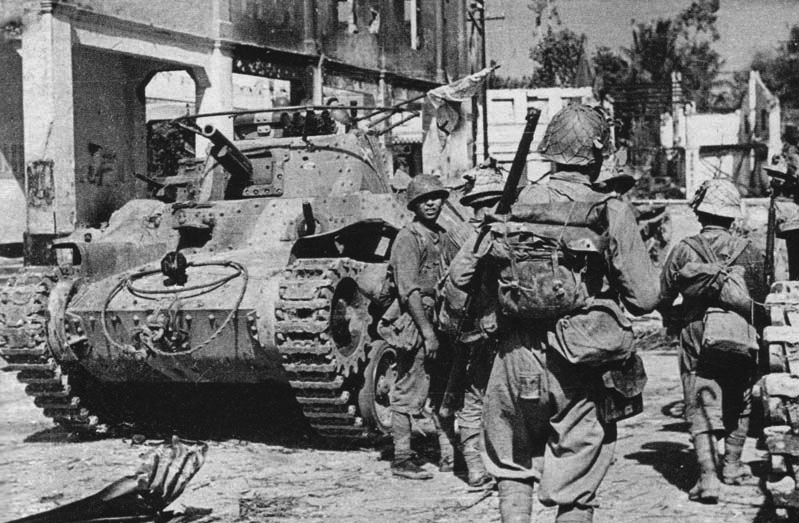 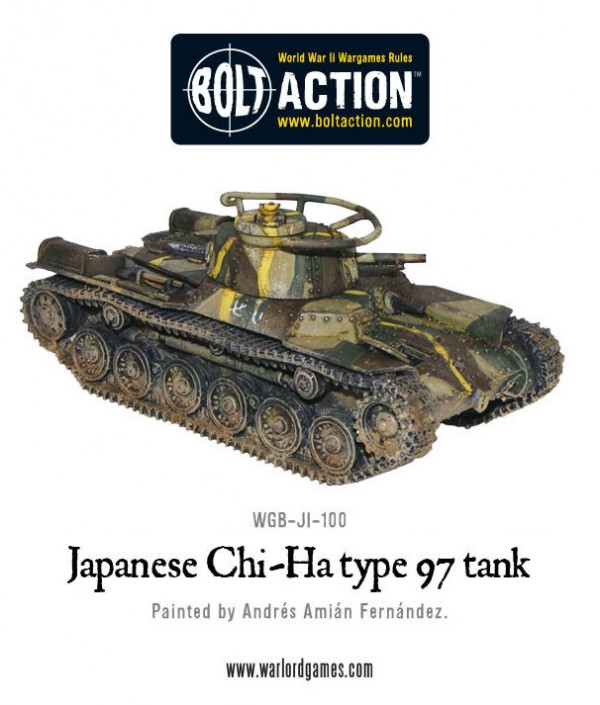 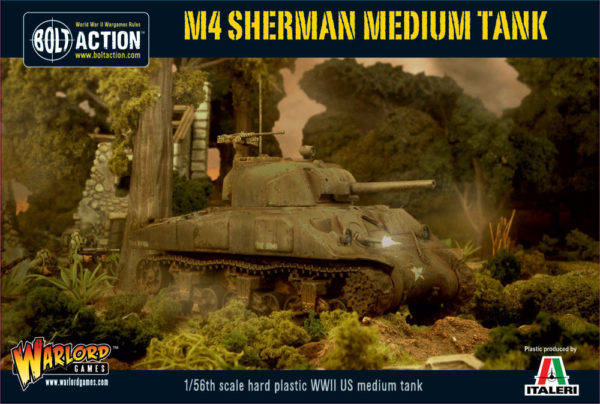 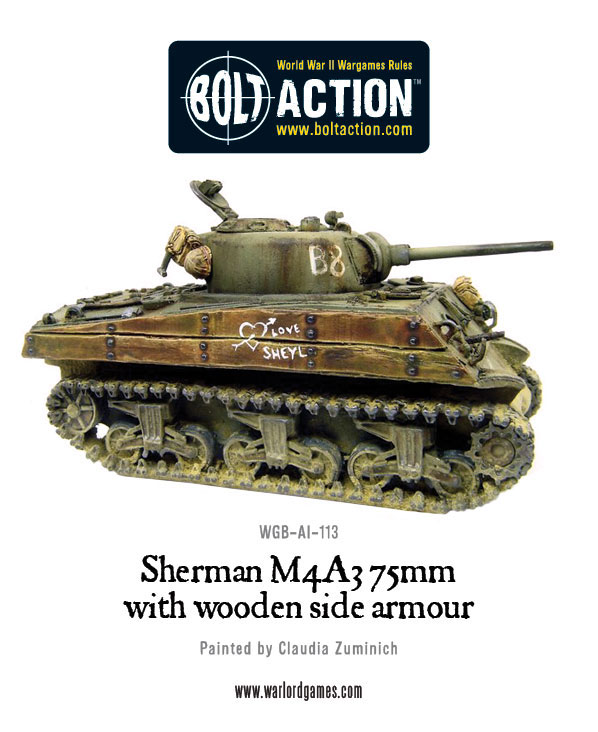 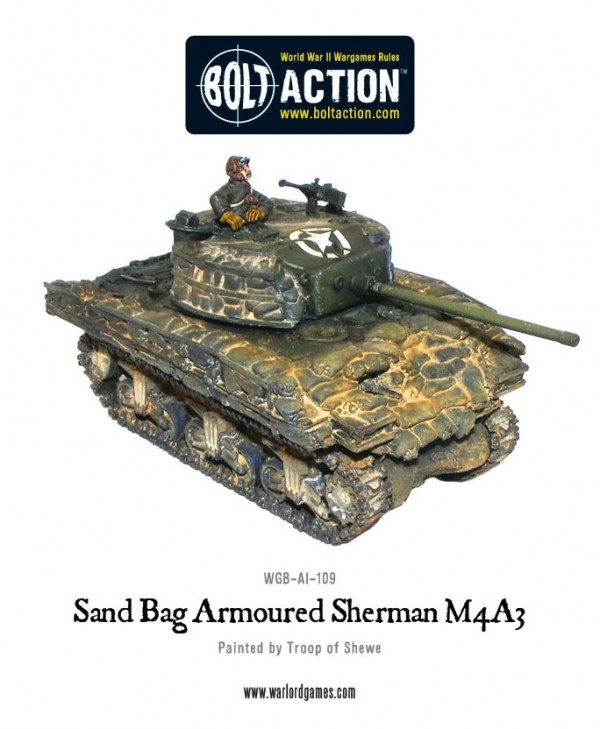