With the Battle of France fully underway, we’re taking a look at the lesser-known Alpine theatre and the Italian Alpini units that fought in this inhospitable environment.

Death in the Alps!

While Hitler’s panzers ploughed across northern France, elite French and Italian mountain troops battled for control of their alpine border.

Spurred on by a desire to expand his borders, Mussolini ranged his forces against the southern end of the Maginot line, defended by a series of vintage fortifications set atop the high passes. These isolated fortifications were armed with First World War-era siege artillery, still capable of raining down death and destruction on the major roads into France. 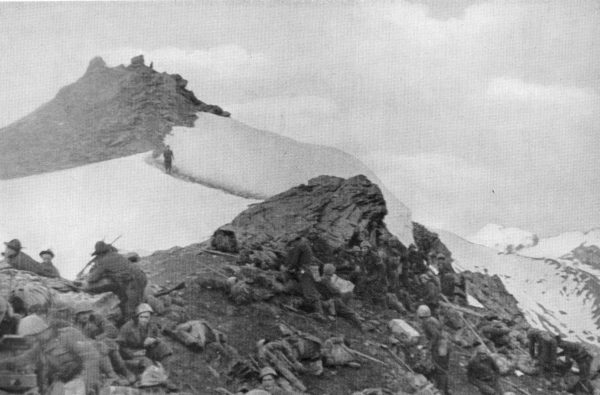 Italy declared war on the French and British on 10th June, but aside from initial skirmishes, there would be little actual fighting between the French and Italians until the general offensive was launched on 21st June.

At the forefront of the advance were the Italian Army’s crack mountain troops – the Alpini!

The Alpini and the Battle of France

Renowned as the world’s oldest regiment of mountain troops, the Alpini were formed in 1872 to defend Italy’s mountainous border with France and Austria. These crack troops earned a reputation for being tenacious and creative opponents during the First World War, where they spent three years battling the Austro-Hungarian Kaiserjager and German Alpenkorps for control of the Alpine Front.

By 1936, the Italian Army had five Alpine Divisions, composed of 12 Alpini regiments. All of these regiments, and their accompanying artillery and logistical support would become part of the 1st and 4th Army groups for the invasion of France in 1940. 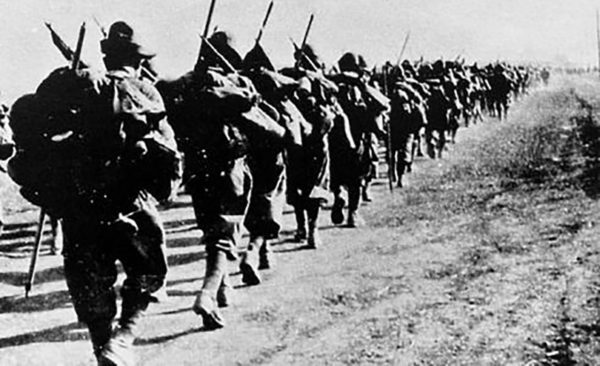 Italian Alpini on the march.

Their first engagement between French and Italian forces came on 16th June, when a group of French scouts swarmed across the border and attacked up the Maddalena pass, resulting in the death of an Italian NCO and two of his subordinates.

On 19th June, with an armistice between Germany and France imminent, Mussolini ordered his generals to launch their planned offensive. Their objective was two-fold; to demonstrate their commitment to Hitler’s cause with force of arms and to increase their standing at the negotiation table and ultimately shore up their claims on Nice, Corsica and Tunisia when the French possessions were divvied up.

While both sides marshalled their forces, the gunners of various alpine forts were bombarding each other with their First World War-vintage siege guns, in tit-for-tat exchanges of fire that left both sides battered.

An Italian 149mm howitzer ranges in on a French position.

On 21st June, the Italian 1st and 4th armies crossed the border into France. 1st Army attacked through the alpine passes, rolling up the line of French artillery forts along the way, ultimately capturing the town of Bourg-Saint-Maurice and secure the pass Col d’Étache.

With the Alpini in the vanguard, the Alpine Corps launched a three-pronged attack through the mountain passes, meeting heavy resistance at every point along their 25-mile front. The main axis of advance was covered by the ruins of an old fort, garrisoned by just 70 men armed with medium machine guns. From this commanding position, the French were able to stall the central column until the signing of the armistice. 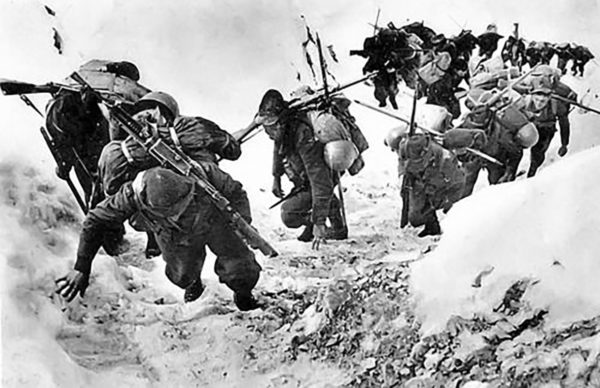 An Alpini unit struggles up a snow-covered mountainside.

On the right, another column of Alpini crossed the glacier and advanced towards Fort Seloge, where heavy fire from the defenders forced the attacking Italians to outflank the fort. They were still in the process of completing this manoeuvre on the signing of the armistice.

To the south of the Alpine Corps, 1st Army Corps launched a simultaneous assault on the fortifications at  Bessans, Lanslebourg and Sollières-Sardières. Despite the concentration of mountain troops and artillery, the Italians were unable to reduce the forts and would only make limited gains by the time the armistice was signed.

The Alpini in Bolt Action

In Bolt Action, these hardy mountaineers are represented by a veteran infantry section with access to skis. Veterans are a great way to give your force some staying power, as they have high morale and are harder to damage with gunfire.

They’re also an excellent thematic choice for an early war Italian army, perfect for testing out the excellent cold weather rules in the Battle of France campaign book.

In the new book, an Army Group West force selector allows you to create an army packed full of Alpini.

For miniatures, we’d recommend using our fantastic range of Italians to represent your Alpini, perhaps with a little bit of greenstuff work to represent their iconic feathered headgear. 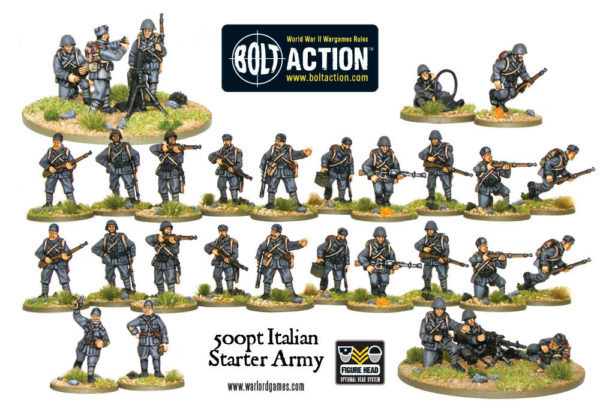 Pick up the Battle of France campaign book in the web store today!

Tom spends most of his time buying books and painting miniatures. He enjoys putting animals on the bases of his miniatures and half-finishing side projects. Some say that he lives in a tower on top of some windswept northern hill with his wife and cow-patterned cat, Spaghetti.
View Profile | View all posts by Tom Mecredy
The Peninsular Campaign in Black Powder
Warlords of Erehwon: Halflings are Coming!