Warlords of Erehwon: Halflings are Coming!

The Moots of Erehwon are on the march! Swarms of halflings advance across the land to defend their homes from the forces of evil, available from TTCombat right now! 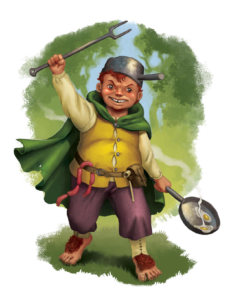 Our Halfling list takes up the theme of the wee people of folklore and – inevitably – those that have emerged from the pages of literature to populate role-playing and video games, films, TV and popular culture.

The name says it all really – they are ‘little people’ at about half the height of your average human, and their appearance and habits are popularly associated with the creations of Tolkien of course. Our list within the pages of Warlords Of Erehwon draws upon the character of these creatures including those miniature people of traditional tales who helped shape that character in the first place: leprechauns, gnomes, brownies, and even pixies and faeries should that be your bag.

Halflings are not shaped or inclined towards military service and this warband has much of the character of a militia or a mustering of well-meaning villagers. A Halfling is as likely to carry a toasting fork or soup-ladle as a sword or spear. A cooking pot or colander might serve as a helmet. Despite this rather unprofessional approach to the art of war, Halflings are stout-hearted creatures and not easily deterred.

Halflings are loyal to their kind, hide-bound by inclination, parochial in outlook and suspicious of larger folk with fancy ideas. Those that live alongside or amongst humans are held to be unruly and a law unto themselves. They are usually the first to be blamed whenever anything goes missing. Unfortunately for their neighbours, they are also fond of parties and other raucous entertainments, which go on long into the night accompanied by loud music, bawdy singing and recreational violence. 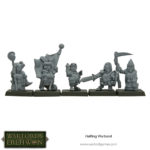 Our Halfling warband is led by a pillar of Halfling society – the Chief Sheriff or head of what passes for a law-enforcement body amongst Halflings: the Sheriffs. A cynic might say these worthies are more adept at extorting protection money from traders and farmers than they are at dealing with miscreants. None-the-less they are the only representatives of authority that Halflings have, and it can’t be an easy job, can it? The Chief Sheriff is afforded the honour of riding in a donkey cart – but any farmyard animal can be pressed into this role, including goats, dogs, or fowl, and can use the same stats.

We include a Fortune Teller by way of a wizardly-type. Halfling Fortune Tellers may be a deft hand when it comes to manipulating cards and heaven-knows whether they are complete charlatans or genuine workers of magic – it is best not to ask.

We also have gallant Clan Chiefs – the leading chieftains of the biggest and most famous of the Halfling clans – so wealthy they even come mounted on a donkey! Once again we feel no objection should players wish to substitute the donkey for some other creature – we’ve seen it all. 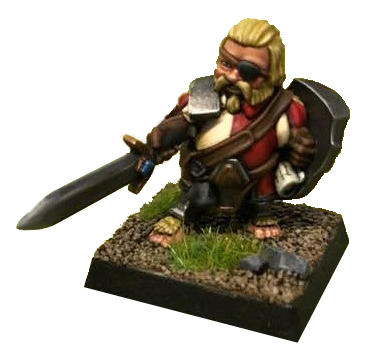 A most noble looking Sheriff

The Halflings themselves are a lightly armed militia, short on height and equipment but pretty nifty when it comes to shooting, throwing rocks, and sneaking about in the undergrowth.

The Sheriffs are the best equipped of the bunch, but that is not saying much.

Archers are perhaps the most effective fighters because Halflings are good shots and their arrows hit just as hard as those of larger and stronger peoples.

Even Halfling urchins, available as swarms that might be imagined to include dogs, cats, and chickens, are remarkably adept at chucking rocks and can be armed with slings – catapults most likely – which makes them even more annoying to your enemies. 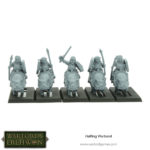 It is an uncommonly brave or fool-hardy Halfling who is prepared to climb aboard anything larger than a tiny pony or donkey, but some individuals can be found: though ‘no good will come of it’ is the general attitude to such things.

Although we’ve described these mounts as donkey’s any farmyard animal can easily be pressed into the same role whether it be a pony, goat or good-sized pig. Our mounted Halflings are more of a nod towards the availability of such models than to any serious attempt at a mounted arm. Although not terribly fast they are good shots with a bow, like all Halflings, and their mounts are notoriously ill-tempered brutes prepared to bite, kick or peck anyone who comes too close.

We have also added a couple of interesting war machines in the form of a stone thrower and a bolt thrower, though pie-thrower and firework launcher might be a more apt description for the sort of thing your average Halfling might cobble together. 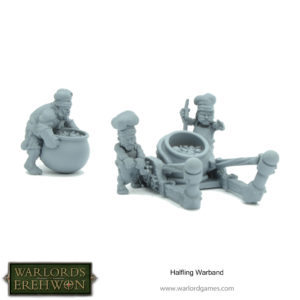 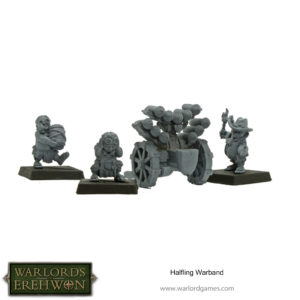 Grab this force of pint-sized warriors from our Webstore and defend the Moot from the forces of evil! 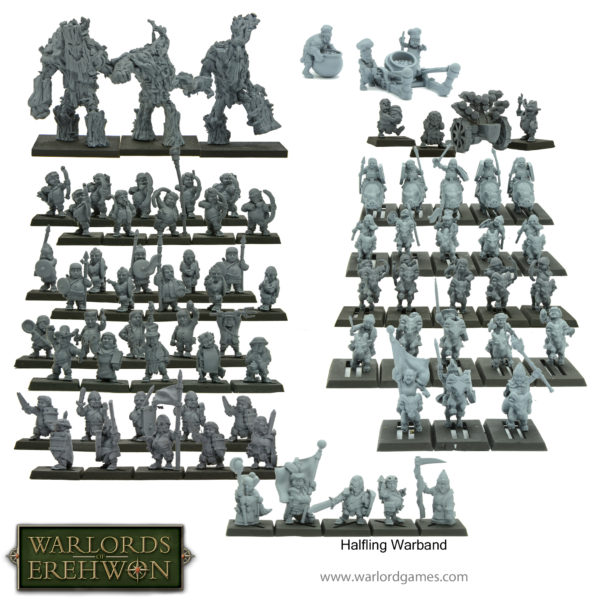 Tom spends most of his time buying books and painting miniatures. He enjoys putting animals on the bases of his miniatures and half-finishing side projects. Some say that he lives in a tower on top of some windswept northern hill with his wife and cow-patterned cat, Spaghetti.
View Profile | View all posts by Tom Mecredy
Bolt Action: The Italian Alpini
Hail Caesar: The Varangian Guard