Recruited to protect the Byzantine emperor, the Varangians stood shoulder to shoulder against all foes! Add this fearsome unit to your Hail Caeser army!

After the partition of the Roman Empire in the 3rd century, the eastern and western halves began to develop separately. While the Western Empire was ravaged by successive waves of barbarian horsemen, the Eastern Empire prospered – Constantinople became a thriving metropolis, protected by walls that wouldn’t be breached until 1204. From their seat on the Mediterranean and Black Sea, the Byzantine Emperors forged a nation that would dominate both Eastern and European politics for much of the middle ages.

The Varangian Guard began as a mercenary unit in the army of Basil I following a treaty with the Kievan Rus. Founded by Viking settlers along the Don, Dnieper and Vistula rivers, the Kievan Rus often clashed with the Byzantines to the south – one stipulation of the treaty was that the Rus provide a unit for the emperor’s army. While the treaty didn’t last, the use of mercenaries by the Byzantines did. 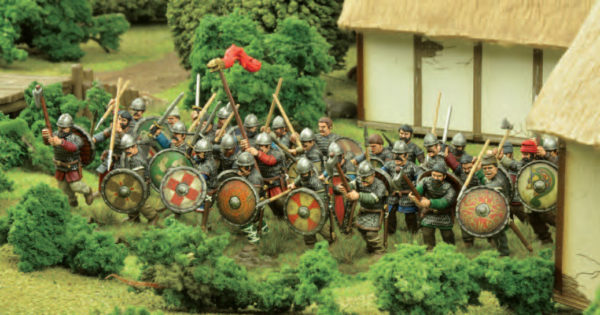 Subsequent drafts of Kievan soldiers (sent because their former masters couldn’t afford to pay them), topped up the now-elite cadre of battle-hardened warriors, and by 971, the Varangian strength was close to 6,000 men.

” At first light they attacked, while a squadron of imperial flame-throwers sprayed the shore with Greek fire. Phocas’ men, roused from sleep, were powerless: their assailants swung their swords and battle-axes without mercy until they stood ankle-deep in blood. Few of the victims escaped with their lives.” – Historian J.J Norwich on the Varangian’s first battle under Byzantine leadership.

While the initial draft of Varangians came from the Rus, word spread of the vast riches earned in Byzantine service attracting both Viking and Anglo-Saxon adventurers to the Guard’s service. Notable guardsmen included the future king of Norway Harald Hadrada and the Icelander Bolli Bollason.

Following the defeat of King Harold at Hastings, many English soldiers fled Norman occupation and joined the Varangians, making the guard almost entirely English by the 11th century. English became the Varangian lingua-franca, to the point where they saluted their employer in it, rather than his local Greek.

Wargaming with the Varangians

If you’ve read last week’s article on Norman adventurers in Southern Italy, you’ll see plenty of opportunity for this elite cadre of mercenaries to squabble with their opposite numbers in Lombard service – a unit of hard-bitten Varangians is easy to assemble from our range of Vikings and Anglo-Saxons. 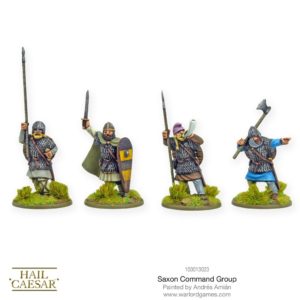 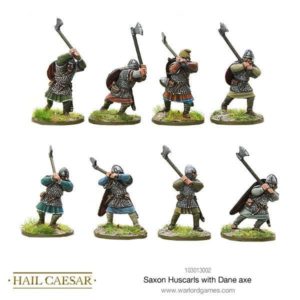 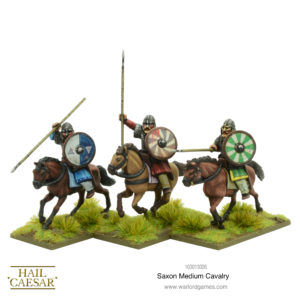 The Varangians are easily recognisable in contemporary sources because of their two-handed axes. They wore long mail coats and carried shields of various shapes and sizes.

Tom spends most of his time buying books and painting miniatures. He enjoys putting animals on the bases of his miniatures and half-finishing side projects. Some say that he lives in a tower on top of some windswept northern hill with his wife and cow-patterned cat, Spaghetti.
View Profile | View all posts by Tom Mecredy
Warlords of Erehwon: Halflings are Coming!
Bolt Action: Japanese Invasion of Malaya