We made officers more dynamic – as they activate, they can activate other units nearby, which allows the player to have a ‘big activation’ during the game.

Alessio Cavatore brings some insight into some of the key changes everyone is eager to find out more about in Bolt Action Second Edition!

Check out Bolt Action 2nd Edition – The tweaks part 2: HE 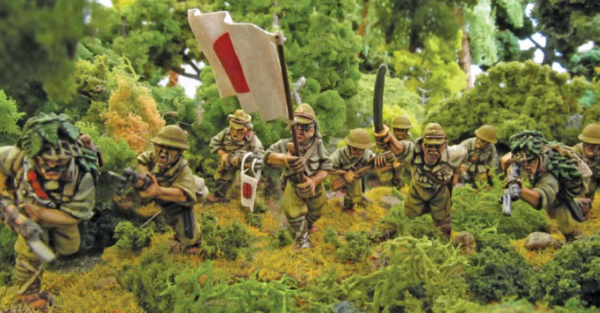 “Banzai!” – A Japanese Officer leads the way, sword in the air…

Officers were not bad, but not very exciting either, so we made them a little more dynamic – as they activate, they have the option to activate other units nearby, which allows the player to have a ‘big activation’ during the game. A little change with a quite interesting tactical effect on the game, and the way you think about the positioning of your units and officers. A new layer to consider during the battle. Jon Russell of the Warlord Demo Team over in the US can tell us more:

Jon: Okay here is the reason you are gonna want to take great care in making sure your officers do not get taken out. Yes I know you want the officers because they modify your morale roles but now we have a new twist, in this edition we call it the “You men, snap to action” rule.

Officers Influence
This golden nugget of wisdom has the potential to really change the game dynamic and is probably the most radical change to the rule system. What it does is when an officer successfully is given an order other than ‘Down’ they can immediately draw more order dice in the bag and distribute them to units within a certain range from the officer. This equates to 1 dice for a 2nd Lieutenant, 2 dice for 1st Lieutenant within 6 inches, 3 dice for a Captain and 4 dice for a Major up to 12 inches from the officer.

These order dice act just as if they were drawn out of the bag and are resolved in any order but each order dice must be finished before another dice can be activated. Each of these “extra” dice act like normal, i.e. they must pass an orders check so if there are pin markers on the unit roll the dice, apply the pins and most likely the officers morale bonus and proceed from there, you know how it works. I know your mind is blown. 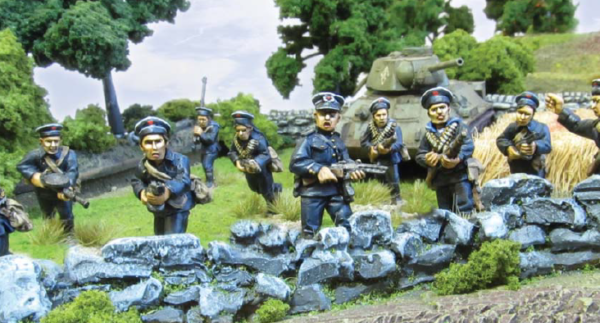 Tactical Tips
The ways to apply this strategy are too numerous to list here but here are some juicy ones:

Choices?
As you can see there are many ways to use and potentially exploit this new rule. This makes officers worth the points and everyone will be very careful on the officer they get for their armies and will definitely defend them to the very end as they should be. Now, officers in reserve or mounted in a vehicle cannot use this rule just like before, so there will be no jeeps or halftracks running all over the table with officers tossing dice to everyone like Mardi Gras beads in New Orleans bur you can surely see the possibilities with this new addition to the great Bolt Action rules. You can also see the flip side I hope. Do you want to burn through all your dice fast and then have to sit back and take all your opponents maneuvers?

So now I return you back to Alessio. Thanks for listening to my maniacal ramblings and may your dice always be HOT!JonR 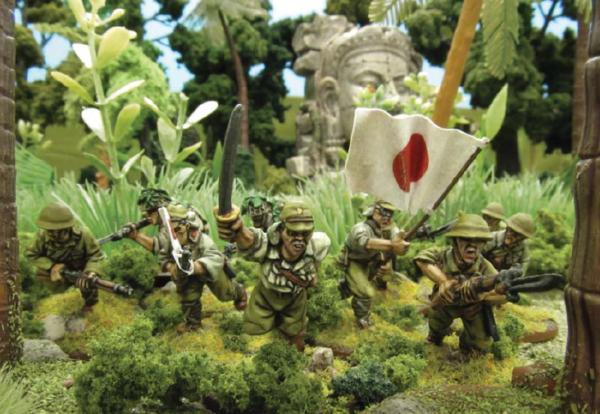 We are really pleased that when playing this new edition of Bolt Action, the game feels just like the very same fun experience it was, minus the few little niggles that we used to experience (did I mentioned we ‘nerfed’ the recce vehicles?), plus a few interesting new nuances – result! Try it out, and I’m sure you’ll agree.

And if you want me to sum the message up in one clear ‘elevator pitch’ for BA2, I’d say:

“It’s exactly the same game you play and love, only better!”

Keep your eye’s peeled on the Warlord Games Bolt Action facebook page for the most uptdate news and more!

Watch how Bolt Action 2 plays with Warlorder Ches and the Beasts of War crew:

View Profile | View all posts by RichC
Beyond the Gates of Antares Battle Report: Algoryn vs Boromites
Coming Soon to Warlord…