This week, we’re looking at one of the top German Focke-Wulf 190 aces, who shot down the legendary Pierre Clostermann – Hans Dortenmann. 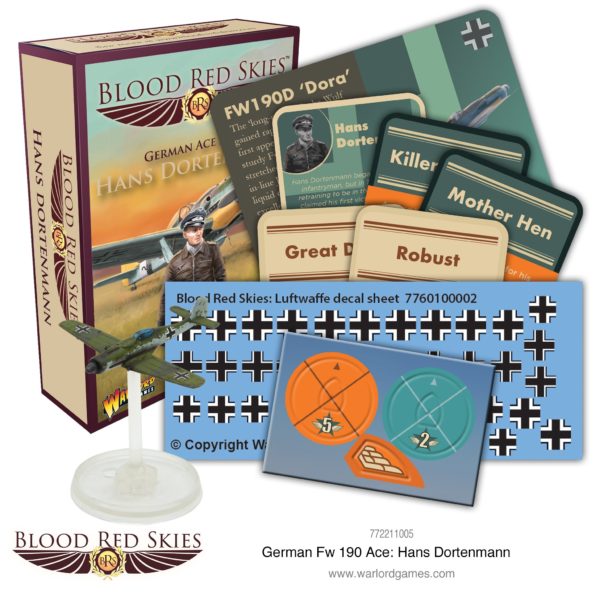 A Hawker Tempest lands heavily on the makeshift airfield, smoke belching from the engine, its fuselage riddled with holes. Its pilot – famed French ace Pierre Clostermann has just fallen victim to one of the Luftwaffe’s most successful Focke-Wulf 190 ace – Hans Dortenmann.

Dortenmann’s flying career began relatively late in the war. Up until 1941, he was serving as an infantryman, presumably fighting in Poland, the Low Countries and France during the Blitzkrieg. In April, he transferred to the Luftwaffe and began flight training – a grueling 13-month process including approximately 150 – 200 flying hours in various different types of aircraft, including the Arado Ar 66 and Heinkel He 51.

In the summer of 1942, after completing the initial stages of pilot training, Dortenmann joined Jagdgeschwader 54 on the eastern front – spending some time with the squadron’s training unit before being posted to the front. At the time, JG 54 were fighting to secure air superiority in the Leningrad sector, hopefully reducing Soviet pressure on the German flank.

It took Dortenmann some time to find his feet, getting to grips with the high performance of the Focke-Wulf 190A fighter. His first kill was recorded in February 1944, after he collided with a Russian Lavochkin La-5. Sustaining significant damage to his aircraft, he managed to limp home and perform a successful belly landing.

On June 10th, Dortenmann and part of JG 54 were reassigned westward. In the four months between his first kill and the squadron’s departure, he had accumulated another 13 kills against Soviet fighters of various types, including the fearsome Yak-9. 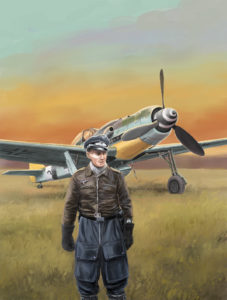 With the Allies driving across Occupied France, Dortenmann was thrown into some of the war’s thickest fighting, dogfighting with Spitfires, Mustangs and Thunderbolts. In the summer of 1944, he added another six kills to his tally before being recalled for Germany to refit.

It was during this period that JG 54 was re-equipped with the new Focke-Wulf 190-D – fitted with an upgraded engine to allow it to go after Allied bombers at high altitude. At the request of ace Walter Nowotny, these cutting-edge fighters were assigned to protect the airfields of the Me 262 jet fighter.

By early 1945, Dortenmann had been promoted to group commander, leading 17 aircraft into battle as part of Operation Bodenplatte. Of the 17 pilots that took off, only 5 returned. With his group dangerously understrength, Dortenmann and his men were folded into Jagdgeschwader 26, undertaking numerous ground attack missions as both Allied and Soviet armies forced their way into Germany. During one of these operations, Dortenmann lured Pierre Clostermann out of formation and pounced on him, riddling the impetuous Frenchman’s Tempest with holes.

By the end of the war, Dortenmann had 38 kills to his name – 18 of which were in his Focke-Wulf 190-D, making him the highest-scoring ace in this type of aircraft. 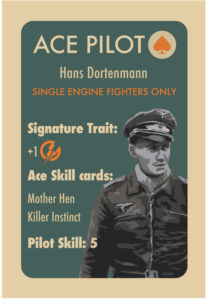 Dortenmann is a close-range brawler – put him in a Focke-Wulf 190-A or D for a total of 8 dice on a shooting attack. If he’s within 3” of an opponent, every single hit will count as a critical, allowing him to swat enemy aircraft out of the air with contemptuous ease.

Keep his wingmen within 6” to benefit from the Mother Hen skill. If a friendly pilot comes under attack, Dortenmann provides a +2 bonus to that pilot’s skill, providing extra dice to dodge incoming fire or resist being outmaneuvered.

If you’re struggling to deal with an agile enemy ace like Pierre Clostermann, Hans’ exceptional firepower and Killer Instincts reduces the effectiveness of Slippery and gives you the best chance of knocking him out of the sky. 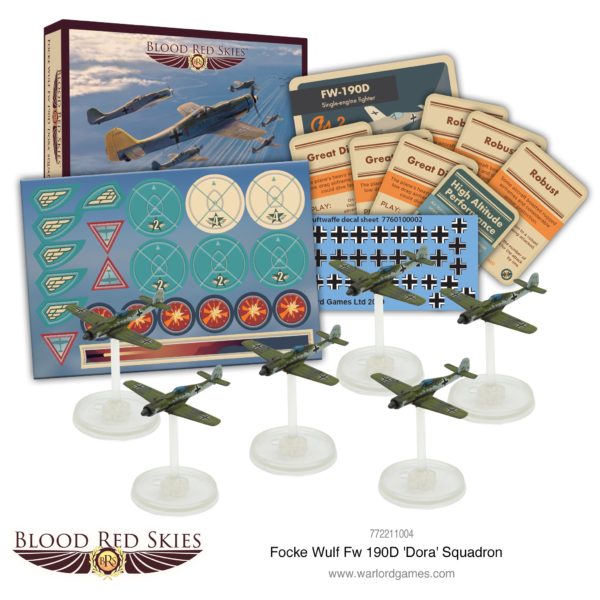 Tom spends most of his time buying books and painting miniatures. He enjoys putting animals on the bases of his miniatures and half-finishing side projects. Some say that he lives in a tower on top of some windswept northern hill with his wife and cow-patterned cat, Spaghetti.
View Profile | View all posts by Tom Mecredy
Blood Red Skies: Pierre Clostermann
Warlord Supports: Gheluvelt 2020 Charity Figure