The ambitious Gheluvelt 2 Gheluvelt project is set to take place on October 31st 2020. We’ve produced a figure in support of the charity.

The Worcestershire Ambassadors have recently launched a project to enhance the monument to the famous WWI victory of the Worcestershire Regiment in the village of Gheluvelt, Belgium. In October 2020, a team of cyclists, led by the Ambassadors, will cycle from Gheluvelt Park in Worcester 250 miles to the village near Ypres. With the funds raised, upon their arrival, they will unveil a newly enhanced memorial. They also aim to provide bursaries for county schools to visit the scene of the hugely important battle.

On the 31st October 1914, a massive German attack east of Ypres broke the British line at Gheluvelt. 13 enemy battalions overwhelmed the 5 British assigned to hold the line in the Belgian village. The lost territory left the British tremendously exposed; thus the reclaiming of the lost line was vital. The only available troops for this task were the Worcestershire Regiment.

Comprising only 350 men and 7 officers, the Worcesters bravely mounted a counterattack. They were subject to exposed ground and enemy artillery, and though a hundred fell to the bombardment, the rest pressed on into Gheluvelt itself. They set upon the vastly outnumbering Germans, who were drunk on their victory, and were thus unprepared to offer an organised or effective resistance. The bitter close-quarters fighting led to the expulsion of the best part of a German infantry regiment from Gheluvelt and the British line restored.

“The Worcesters save the Empire”

You can read a slightly more in-depth report of the battle here.

In support of the initiative, Warlord have produced the commemorative WW1 Worcestershire Soldier model. First made available at the project’s launch event, the model is now available to purchase on our online store. All proceeds from any sales of this figure will go directly towards the Gheluvelt 2 Gheluvelt project.

The figure comes in three parts and unpainted and stands 80mm tall (100mm with base included). 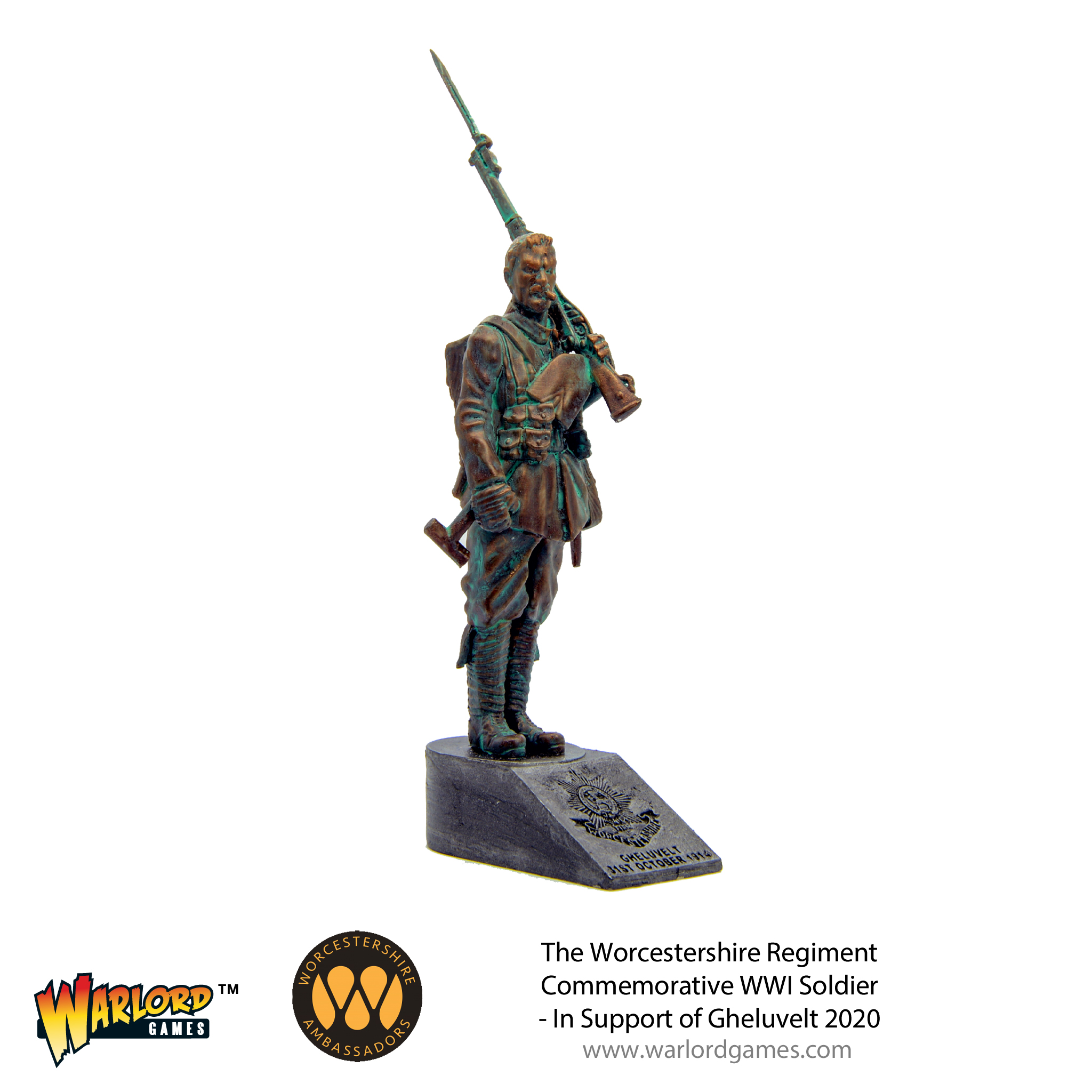 Dan can often be found contemplating the mound of unpainted minis building up under his desk. He has a tendency to roll lots of ones. He also has a tendency to complain about rolling lots of ones.
View Profile | View all posts by Dan Hewitson
Blood Red Skies: Hans Dortenmann
Judge Dredd: Justice Cometh to MC-1