Prepare your fleet for the Black Seas with this convenient paint set containing the most favoured colours of the illustrious Royal Navy.

The Royal Navy favoured black for their hulls with one, two or three stripes painted in yellow ochre (described as “baby puke yellow” at the time) which did not necessarily run along the lines of the gun ports. In the 1790s a new chequered scheme was introduced known as the “Nelson checker” which had the addition of painting the outer part of the gun ports black on the yellow stripes. The Masts could be varnished wood, yellow or white with black Tops, Bands and Yards. 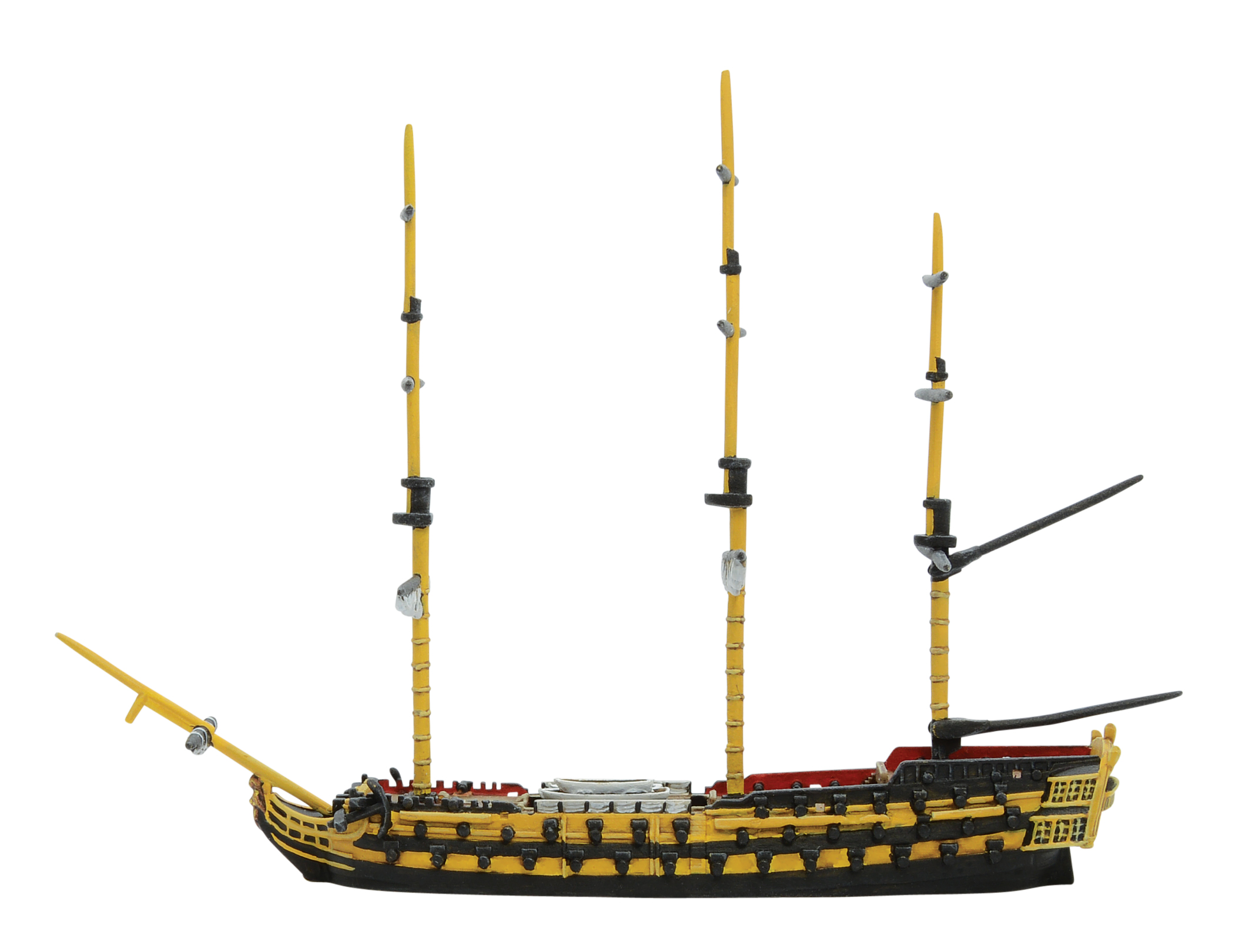 Below is a list of the paint bundle’s contents, as well as a guide to its usage with Royal Navy vessels, as shown in the above image. 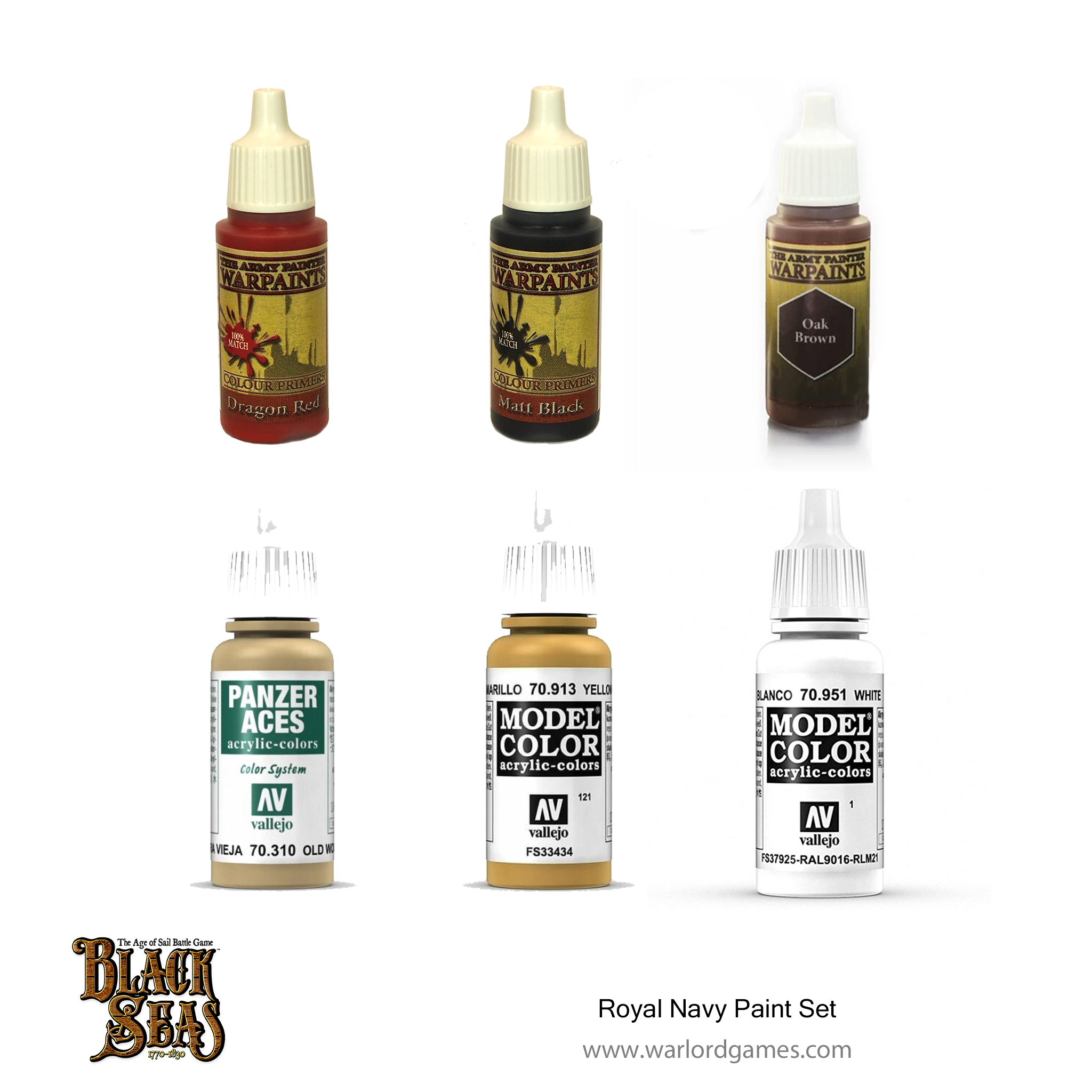 Dan can often be found contemplating the mound of unpainted minis building up under his desk. He has a tendency to roll lots of ones. He also has a tendency to complain about rolling lots of ones.
View Profile | View all posts by Dan Hewitson
Black Seas: Spanish Navy Paint Set
Focus: Warlord Games Volleyfire Lights!