Though the new Black Seas miniatures are fantastically detailed, you can add an extra level by using thread to attach rigging lines to your ships.

Many of the new model kits include a spool of thread. A word of caution: this process is intricate and can be fiddly; we recommend it only to the dedicated modeller.

After you complete each step, cut off any loose end of the thread. 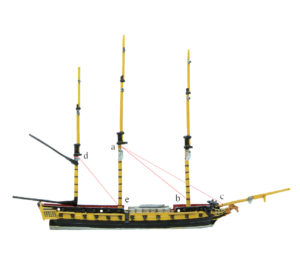 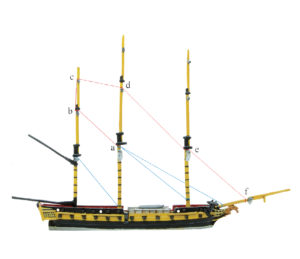 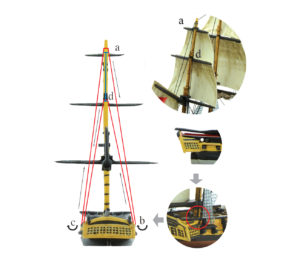 You will need to follow this step for all three masts. Tie a long piece of thread at the top of the mast (a). Run down to the right-hand side; thread it through the hole (b) from the outside of the ship towards the inside. Then up to point (c), thread it between the mast and the thread used in step 2. Tie around the mast and down to the hole on the left (d), going from the inside, out. Then back up to point (a) and tie around the mast. Note, if you have a resin model you will need to drill these holes. 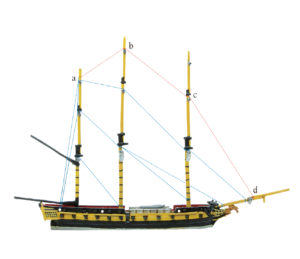 Tie a knot on point (a) on the mizzen mast (or use the excess thread from step 3) and run it to (b) on the main mast and tie off, then take it to (c) on the foremast and tie. Finally, take it to point (d) on the bowsprit and tie off. 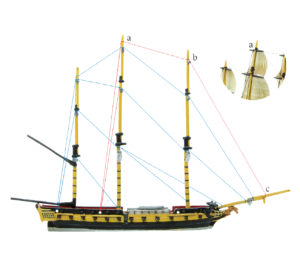 Tie a knot on point (a) on the main mast then carry on the thread to (b) on the foremast and tie. Finally, run it down to (c) and tie off on the bowsprit. 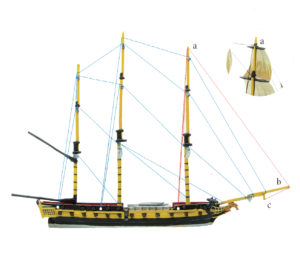 Tie a knot on point (a) on the foremast and run it to point (b) on the bowsprit and tie. Finally, run it back to point (c) and tie off. 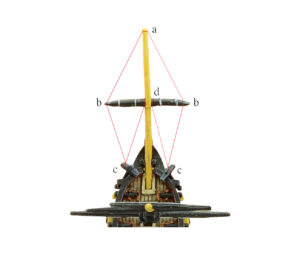 Tie a knot on the tip of the bowsprit (a), run one end to point (b), tie, then to point (c). Do the same on the other side and finally tie the two ends together under the bowsprit at point (d) and glue.

If you’re adding rigging to your ships, you’ll certainly want sails to complete the miniature. This sail sheet is perfect for your frigates & Brigs: 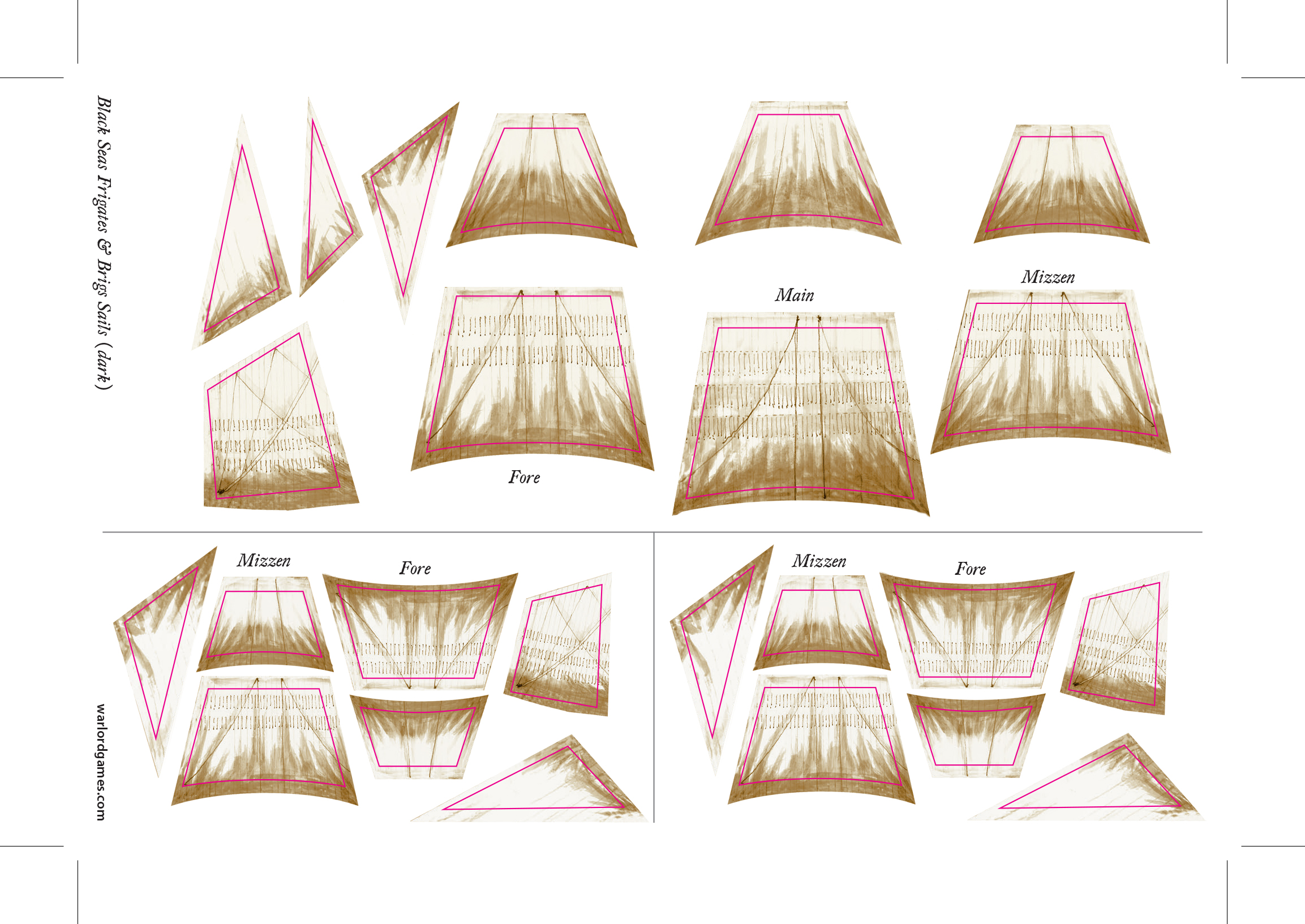 Begin your seafaring adventures with the Black Seas starter set. You’ll receive a selection of brigs and frigates; giving you the makings of a fine fleet. As well as the rules, everything needed to play and the beautiful miniatures, you’ll also receive a spool of thread for you to attempt your own rigging.