Discover the Great British Royal Navy in all its glory and sail your tall ships into history as the Admiral of your own fleet in Black Seas! 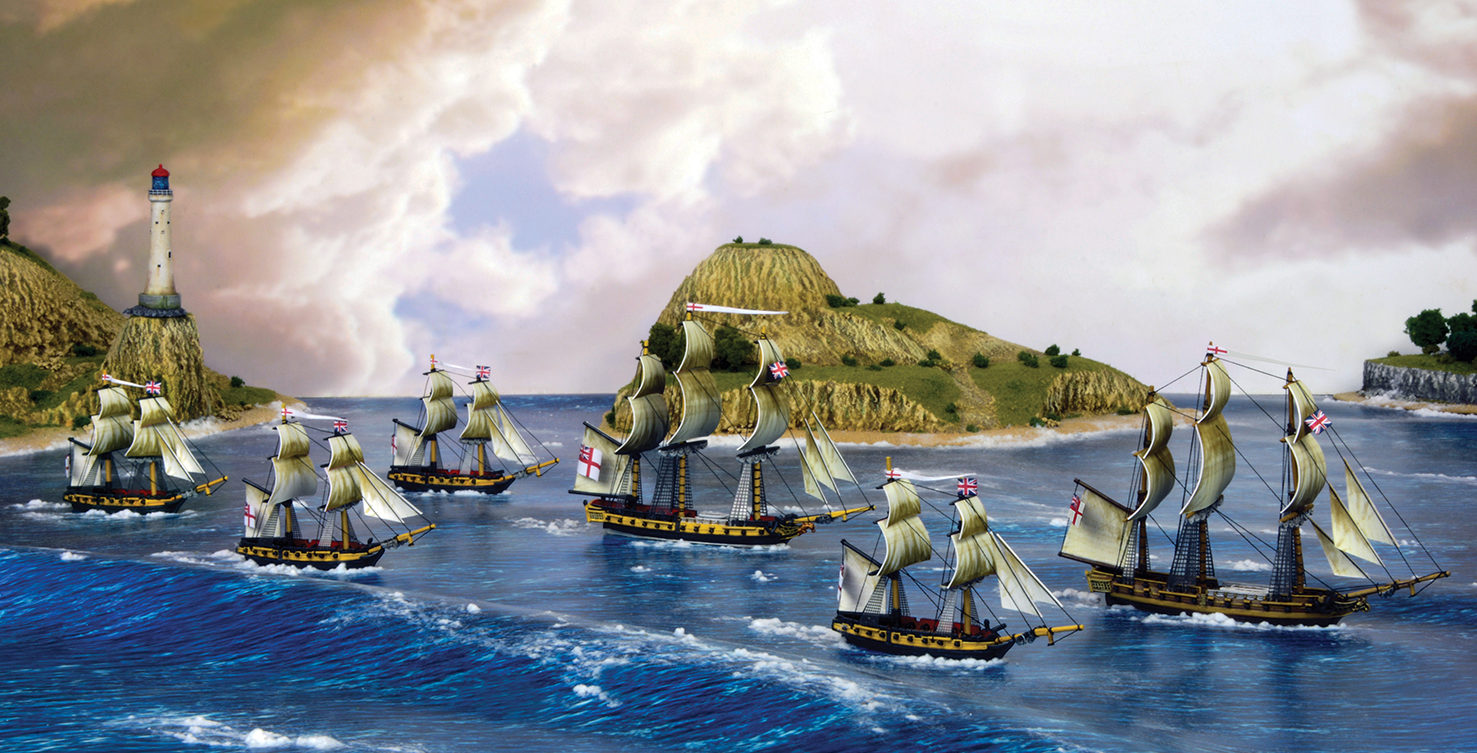 This professionalism was at the fore as the British were victorious in many engagements during the Anglo-Spanish war. Amongst these victories, a British force of 24 ships of the line decimated the Spanish fleet at the Battle of Cape St. Vincent in 1780. 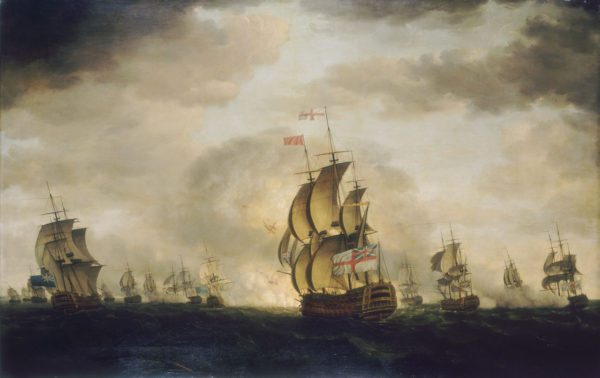 The Spanish ship Santo Domingo explodes at the battle off Cape St. Vincent

Ultimately losing a number of its colonies during the American Revolutionary War (1776 – 1783), Great Britain also fought several successful naval engagements against the fledgeling American Navy and their French allies. At the Battle of the Saintes in the Caribbean in 1782, in a fairly evenly matched battle, four French ships were captured or destroyed including the flagship of the fleet, the 1st rate ship Ville de Paris.

Great Britain had to contend with both the French and the Spanish navies during the French Revolutionary war of 1793- 1802. Royal Navy fleets distinguished themselves in many battles – none more so than during the second Battle of Cape St Vincent in 1797. Admiral Jervis led a fleet of 15 ships of the line, seven frigates and several smaller ships against 24 Spanish ships of the line, eleven frigates and smaller ships. The British captured four Spanish ships of the line and badly damaged the hulking Santissima Trinidad.

The Royal Navy rack up another decisive victory against the Spanish at the second battle off Cape St. Vincent.

The French revolutionary war would also see another great British naval victory against the French – the Battle of the Nile in 1798, where daring tactics took the enemy by surprise resulting in a brilliant victory which reversed the balance of power in the Mediterranean.

It was during the Napoleonic wars the Royal Navy achieved its most impressive victory of them all. On the 21st September 1805, Admiral Nelson and Collingwood engaged an allied Franco-Spanish fleet near Trafalgar. Despite having fewer ships, the British fleet sailed through the enemy’s lines emerging battered but victorious, having disabled or captured 23 ships! The victory was somewhat pyrrhic, however, as Admiral Lord Nelson died on the HMS Victory, sealing his status as a national hero in perpetuity. 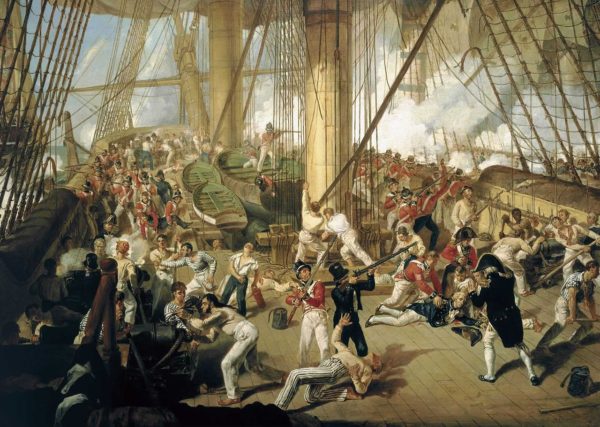 A French sniper fells the illustrious Admiral Nelson on his quarterdeck at the Battle of Trafalgar.

The Royal Navy’s national special rules shape how you’ll utilise your fleet on the high seas – the Drilled special rule provides a bonus to gunnery, while the Admiralty special rule gives each ship a free re-roll on any skill test – useable once per battle.

Playing to these strengths, you’ll probably find yourself with a smaller fleet of rock-hard ships kitted out to flay the enemy’s line of battle with close-range broadsides. Here, your bonus to gunnery will make sure every shot counts, while expert captains will be able to keep your fleet in the fight for longer!