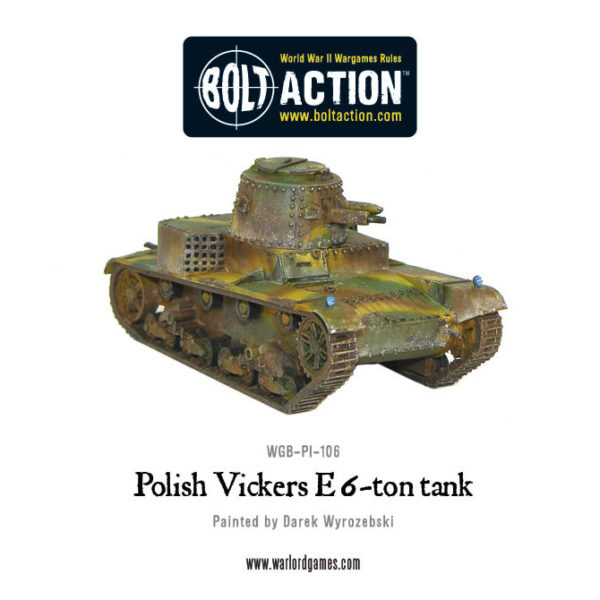 The Polish army contained a few dozen Vickers E types when the war broke out. Though already an outdated design (and intended to be replaced by their own licensed version- the 7TP), the Vickers nevertheless provided much-needed armoured support in the face of Poland’s German and Soviet invaders.

Taking the base Vickers Type E, the Poles modified it with larger air intakes being the crew compartment to aid in cooling the engine (which was prone to overheating) amongst other minor modifications.

During the mobilisation to meet the twin invasions of their homeland by Hitler and Stalin in August 1939, the Polish military placed their Vickers tanks in two light tank companies of two motorised brigades. The 11th Armoured Battalion formed the 121st Light Tank Company for the 10th Cavalry Brigade, while the 2nd Armoured Battalion formed the 12th Light Tank Company for the Warsaw Armoured-Motorised Brigade. 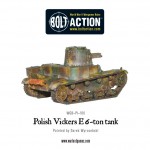 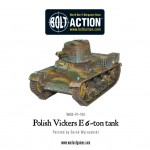 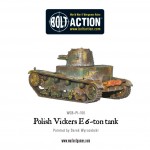 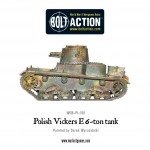 Special Rules:
– Vulnerable: Because of the riveted construction, all shots to the side and rear of the vehicle get an additional +1 penetration modifier (i.e. in total, +2 for side hits and +3 for rear hits) 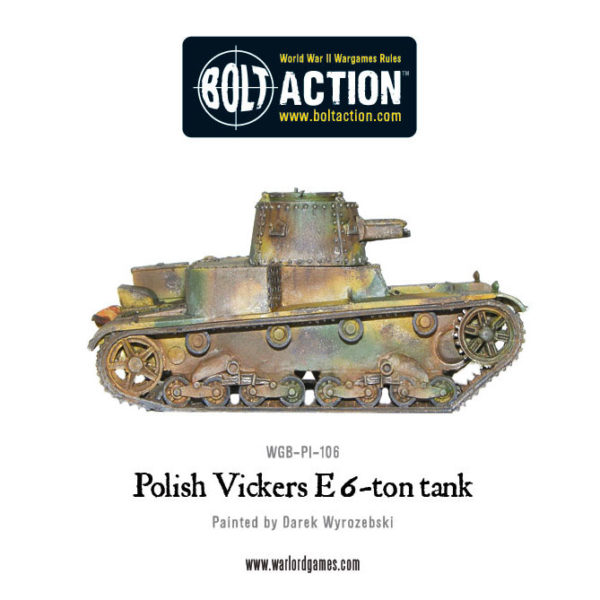