We have a whole host of new Polish sets out this week – HQ models, Army Marksman, Anti-tank rifle and light mortar teams, as well as Tank Crew models that will add character and life to your vehicles! 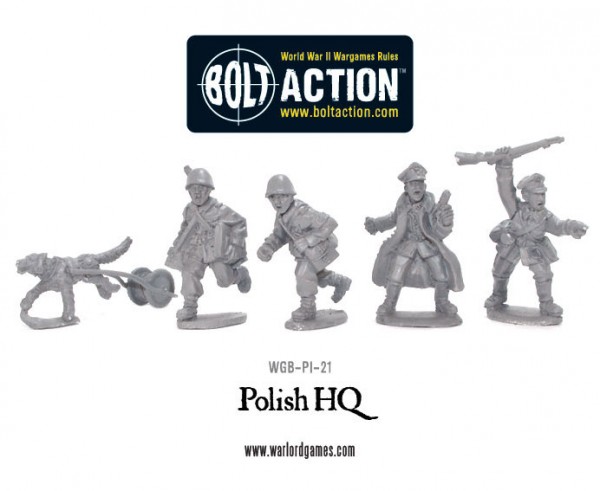 THis all new HQ pack contains an officer with pistol, lobbing grenade, an officer corralling his men with rifle held aloft, a medic sprinting to his latest patient and a spotter, struggling with his map cases and accompanying by a dog pulling wire-laying spool for his field telephone!

As with many of our Bolt Action models these comes with separate heads as part of our Figure Head system. This allows yo to choose which head goes on which miniature as well as giving you a degree of freedom to choose an appropriate pose. 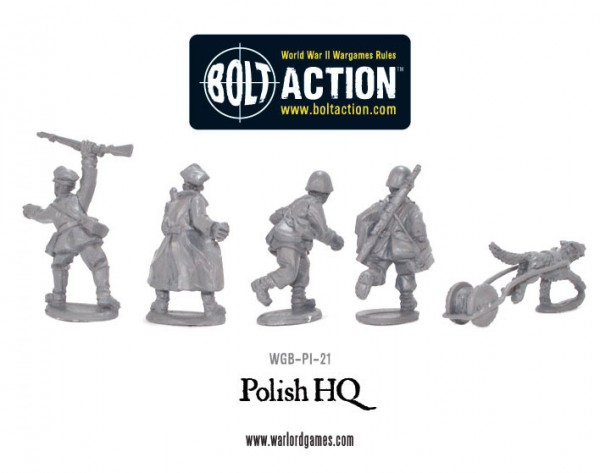 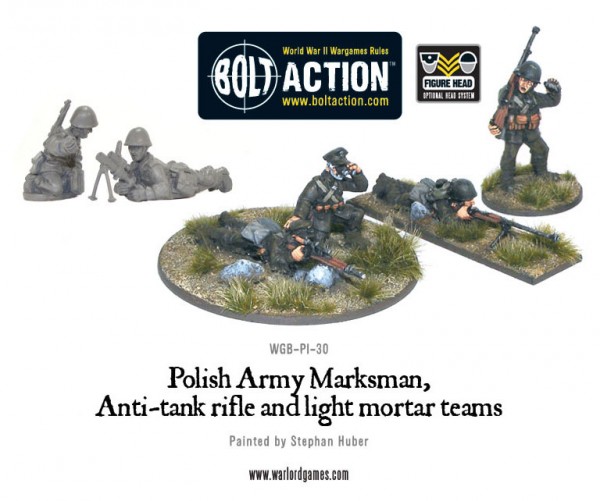 With the Armies of France & the Allies book now available we’ve taken the opportunity to repackage some of the Polish range and this next pack see the existing marksmen and anti-tank rifles teams joined by an all new two man light mortar team serving a wz.36 grenade launcher. 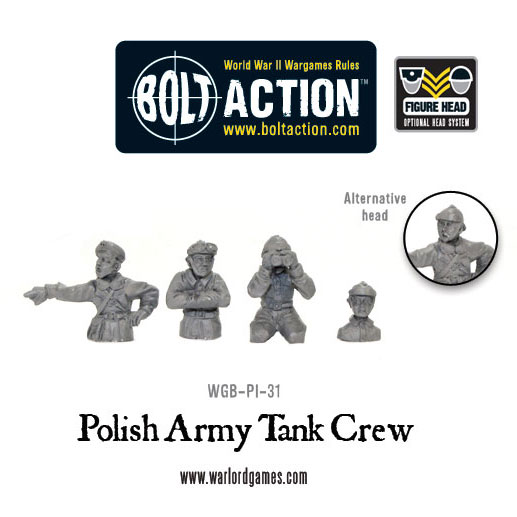 We have also been busy reorganising and renaming the rest of our Polish range to makes sure it ties in well with the Bolt Action Armies of France and the Allies supplement. Check out our full Polish Army range for Bolt Action.